although the holidays officially came to disneyland almost a full month ago, we've been so busy that we hadn't had a chance to get down there to soak in some holiday magic.  but on sunday, we finally got our chance and headed down in the afternoon.  it was busy, but not overly crowded - which we found a little odd, but then again it was also a pretty blustery, chilly day.  you know how weak we so cal folks are when it comes to cold.  heh.

despite the look on the bean's face, we were all pretty excited to be there at last. 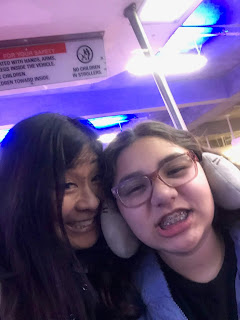 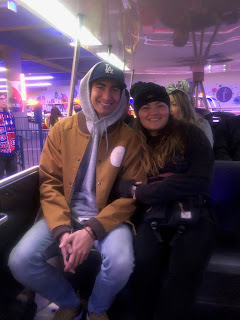 the old lady had requested that we fit in a ride at the haunted mansion and i really wanted to finally indulge my months-old beignet craving, so we headed into the disneyland side first.  there were a ton of folks crowded around the tree for pictures. 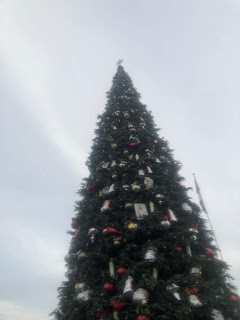 main street was busy and festive. 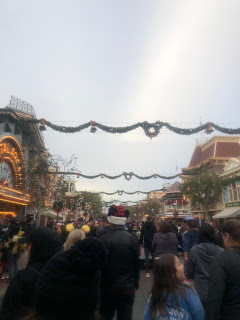 the kids gave in to my plea for a castle selfie: 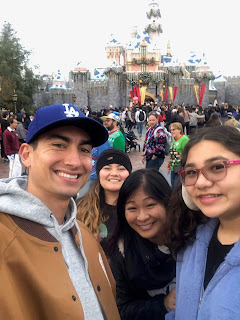 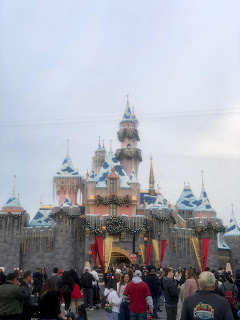 and with the line for haunted mansion quoted at 45 minutes, we opted to grab a fastness for the holiday-themed "small world" and went into new orleans square to get those beignets and some hot cocoa.  we all split a 6-pack, dividing them between original powdered sugar and the seasonal candy cane flavor.  so delicious. 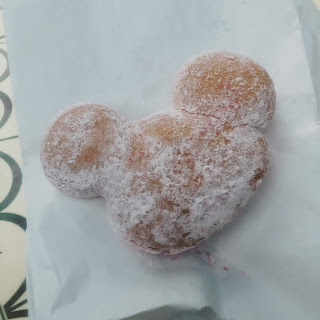 our fastpass window didn't open for awhile, so after we lingered over our treats we went over to haunted mansion and found that the wait time was doable, so we got in line. 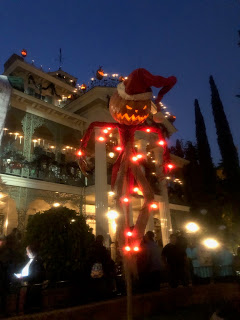 the quoted time was 40 minutes, but through the magic of disney we found ourselves on the ride in less than 25.  yay! 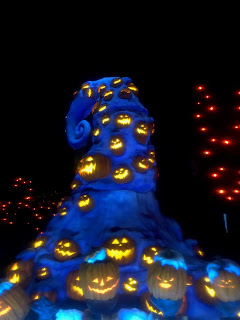 we hopped onto the disneyland railroad to get to "it's a small world" and had enough time to browse through the shop and take a couple of pictures before we got in the line. 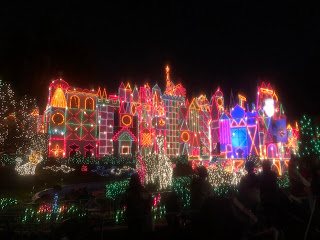 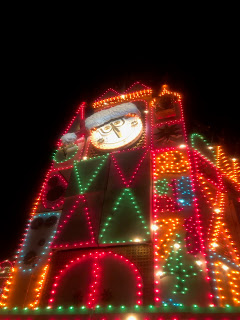 the imagineers had incorporated three new scents in the ride this year, and we smelled the first one as we went under the new mexico-themed arch -  cinnamon, of course. 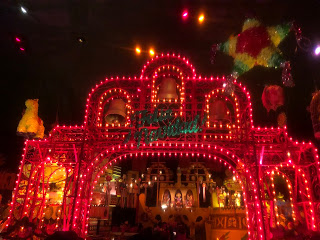 i'm not gonna lie, i didn't even notice the other two.  i still don't even know what they were.  oh well.  we enjoyed the ride anyway, and it was fun to see our old favorite scenes as we rode through. 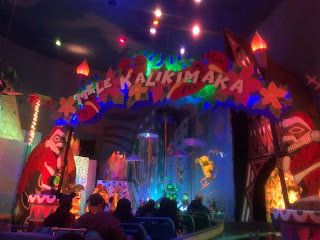 i look forward to seeing the elvis bobblehead on the end of lilo's surfboard every year. 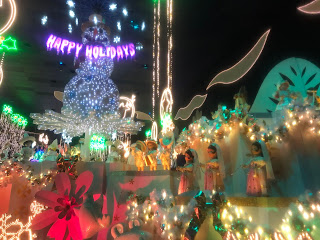 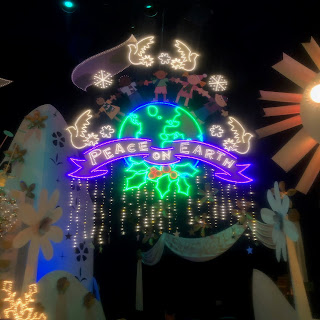 by then, we were hungry and ready to sample some of the grub at the festival of holidays over in california adventure.  once we crossed the esplanade and entered the park, our first stop was to pick up one of the sip 'n savor passes.  it's always such a great deal, with 8 tabs to use at the kiosks for food and non-alcoholic beverages. 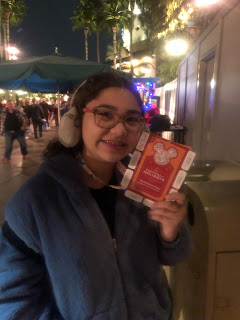 the bean made a beeline for the "holiday duets" stand, where she picked up the braised pork belly adobo and garlic fried rice. 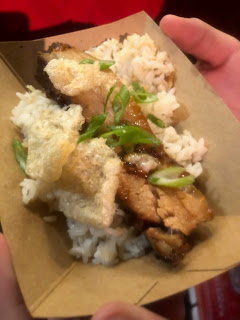 at "winter sliderland," i snagged the pot roast slider topped with horseradish cream. 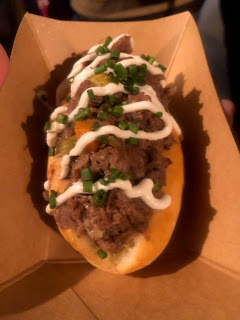 the old lady stopped at "grandma's recipes" for the shepherd's upside-down pie, made with plant-based "ground beef." 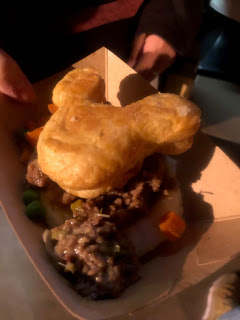 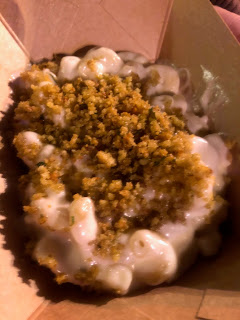 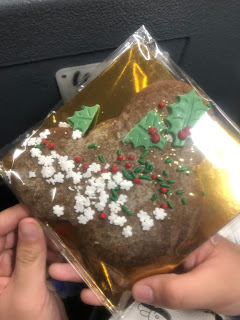 we circled back to the "twist on tradition" marketplace so that the bean could pick up the beef wellington: 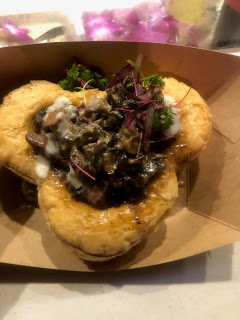 and her sister got the reuben potato tots. 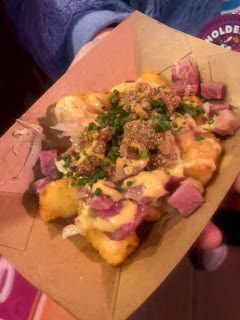 it was a school night, so once we'd polished everything off we headed back out to the parking lot trams.  a short and sweet visit, but we managed to meet the goals we'd set for this trip.  and our passes will be blacked out for two weeks starting on the 20th, so we're hoping to get back at least one more time before the end of the year.

Email ThisBlogThis!Share to TwitterShare to FacebookShare to Pinterest
Labels: disneyland, food is fun