it's starting to come together!

there's been lots of progress to the upgrades to the house of wan lately!  it's been really weird to walk around and see all the changes, remembering where things were before and marveling over what it all looks like now.  it was only four months ago that we started this whole process, and the living room looked like this: 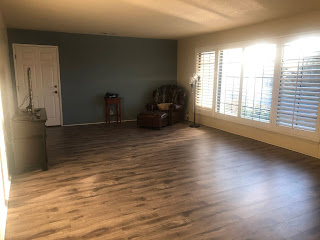 fast forward to now, and we've swapped out the floor and added a fireplace with some built-in cabinets. 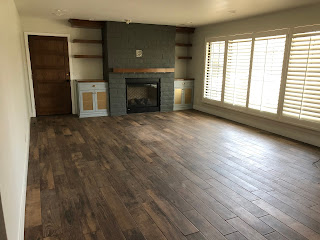 the kitchen, the nook and the laundry room used to be just across from the living room.  looked like this: 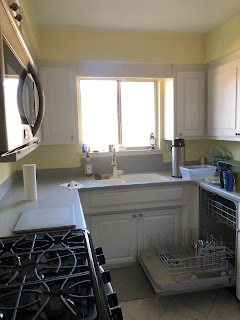 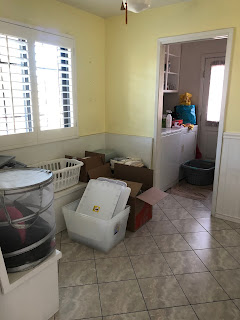 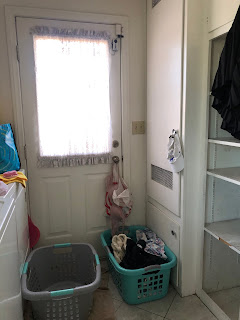 after knocking down a couple of walls, that space has turned into the new guest suite! 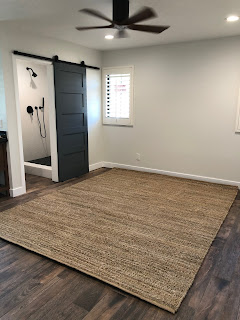 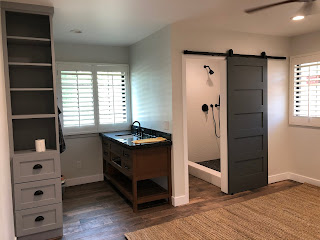 we ordered a new couch from lovesac, and had chosen a configuration that involved six seats, nine side pieces and three storage seats that would double as ottomans.  it was interesting to watch the fedex notifications start landing in my inbox - because each piece is individually boxed and shipped with its own tracking number.  and of course, they arrived in batches on different days.  we finally received the last of the deliveries on saturday and decided to hunker down and assemble it all so that we could have a couch inside the house again.

first, we rolled out the rug that we'd received weeks ago and had been storing in the garage.  the dogs loved it and couldn't stop rolling around on it. 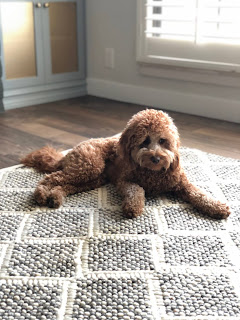 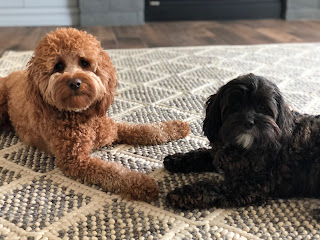 the hub started bringing in the boxes and unpacking the pieces, which the bean and i worked on assembling and covering. 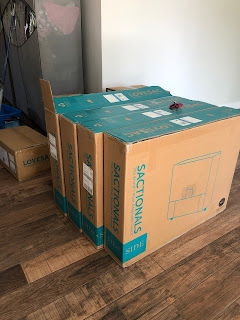 it was quite the lengthy process, and it seemed like it took forever.  for each piece, we had to screw in the little wooden feet and then place the velvet covers on.  each seat had a base plus seat and back cushions, and the storage pieces had a base and lid plus the seat and back cushions.  the nine sides were the simplest, although the covers were super snug and it took both of us to pull them into place.  and tucked somewhere inside each piece was a box of what they dubbed the "secret ingredients" - the tools that would help to take the individual pieces and put them together into the configuration that works best for your space. 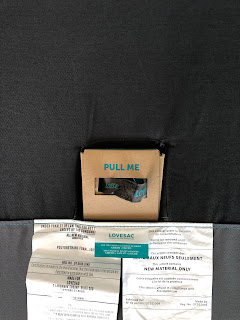 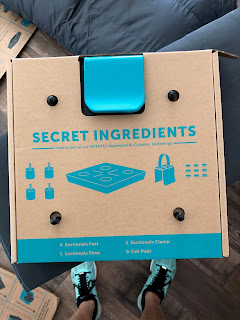 finally, we were done with all of the sides and seat pieces. 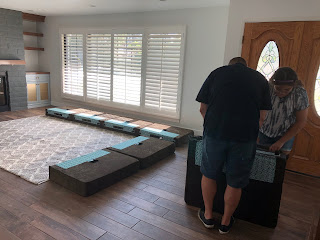 this left the three storage seats to cover and assemble.  they came out of the box all strapped together, and underneath those straps and lids the two cushions were tucked inside and held in place by two metal dowels that the bean and i called lightsabers.  and they came with their own box of "secret ingredients." 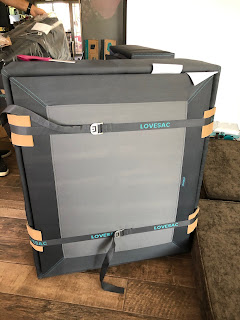 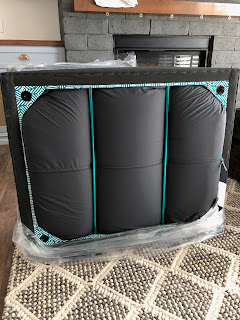 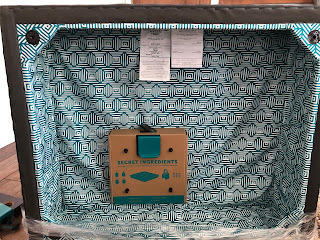 the hub had to leave at that point to run some errands for the lounge, so the bean and i were on our own to finish up.  we were so relieved when the last cushion had been covered and added to the pile we were building in the middle of the room. 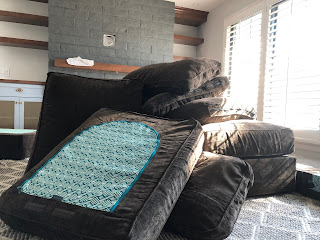 after a quick break, we dragged ourselves back up to put all of the pieces together to form our L-shaped couch.  it was pretty easy to do, and once we'd finalized the placement the bean got to work placing the cushions on each piece. 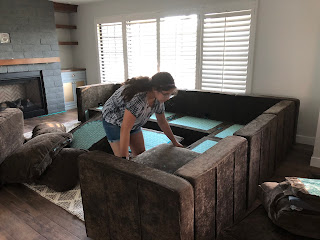 we had quite the pile of boxes for the recycle bin. 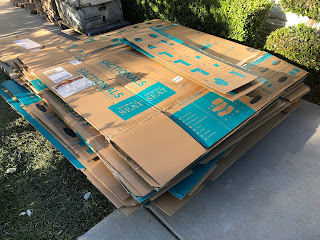 finally, over three hours later...we were done.  the first to test it out was the bean, followed pretty closely by both dogs. 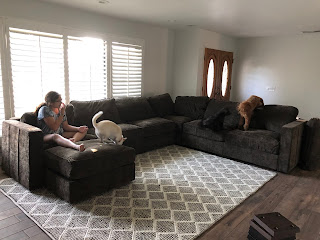 we'd upgraded from the standard filling to their premium "lovesac" stuff, and the couch is really soft and squishy.  except that while we were unpacking everything, we'd realized that instead of the gray we were expecting, the covers were more brown.  i checked the order confirmation e-mail and sure enough, they'd sent us what we ordered - which was a color called "graphite."  that doesn't really translate to "brown" to me, but that's what it ended up being.  plus, we realized that there was an option for deeper-set seats vs. the standard ones we'd ordered.  luckily, lovesac offers a 60-day in-home trial period.  so after a really long wait, i got through to a customer service rep and now we're waiting for them to send us shipping materials so that we can send back the covers and the pieces we need to replace.

the bean is going to be so thrilled when she finds out that we have to swap out all of those covers.  yikes.  wish me luck.
at June 16, 2020