almost all of the construction in the first phase of operation remodel house of wan is complete.  i'd share pictures, except that as soon as it was done we packed up and moved out of our rooms, so we've got boxes of stuff everywhere and it's just not pretty yet.  the crew returned on monday and started on phase 2, which is much smaller than phase 1.  the carpet will come out and be replaced with the same floor in the rest of the house.  the bean's room will be painted and the closet will have new rods and shelves, and her bathroom is getting a whole new look.  when we finally got all of her stuff out of there i vacuumed all the dust bunnies and crap up - you know, because it totally makes sense to clean before a planned demo.  heh.  that's, of course, the hub's idea - definitely not mine. 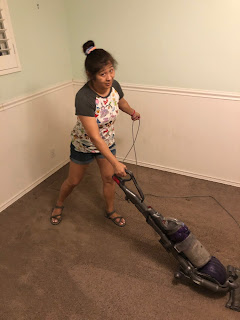 and then i spent some time looking around wistfully at the room that hasn't been this empty since we moved into this house when she was two years old.  sigh. 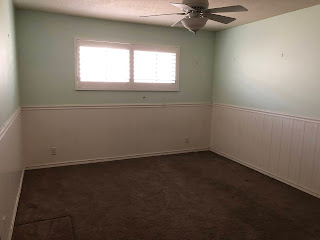 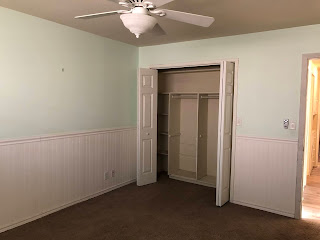 it was fun to find this my little pony sticker left over from when she was about six and in the throes of a huge MLP obsession. 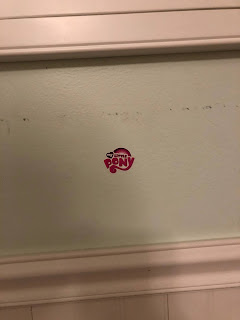 her bathroom is going to get a nice fresh look, too.  here's what it's looked like for the last ten years (and this is after we'd already removed the hideous towers o'cabinets that were on either end of the countertop): 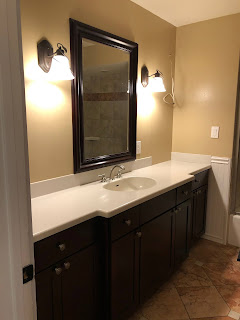 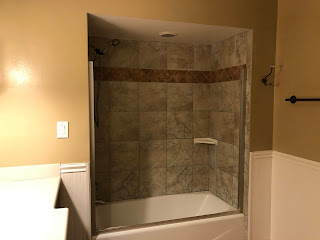 our room looked so big when it was emptied out.  we're going to have the closet built out along that (currently) brown wall, which is actually where it originally was before the previous owners made a walk-in closet in the bathroom. 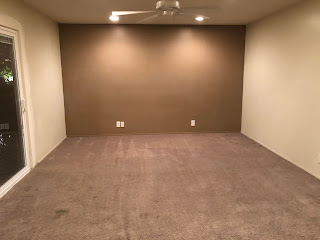 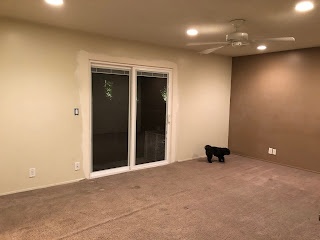 this bathroom is going to get a whole new look, too. 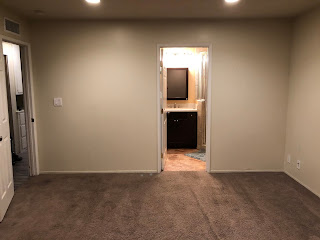 i never really stopped to think about how hideous this bathroom was before, to be honest.  but man...it's really ugly.  the shower is going to be moved to the other side of the vanity, making room for a little room with a door that the toilet will be housed in. 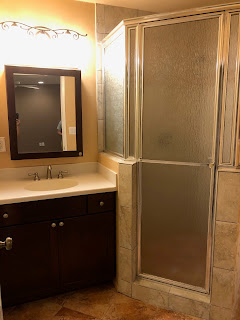 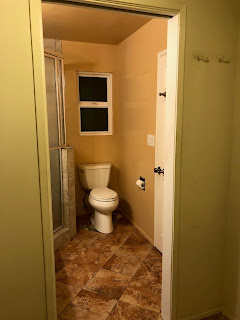 this was the closet, which gets ripped out to make way for a fantastic new shower. 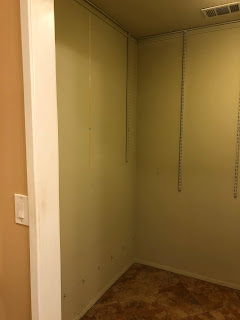 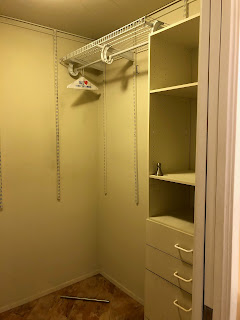 in the hall, we're going to have the linen closets refaced and repainted. 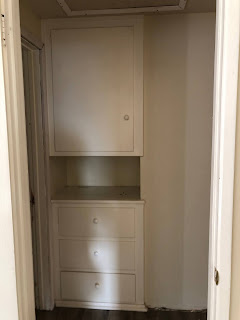 the next morning, the dogs were super bummed to be locked out of what we'd all called home for the last three months. 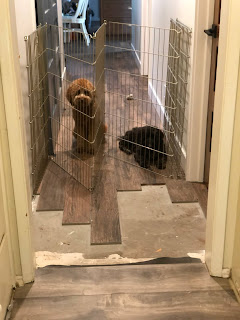 after three days of early morning jackhammering and pounding and hammering, lots of things have already changed.  they started by taking out the old, smelly carpet:

and to make things easier for everyone, the plywood barrier in the hallway went back up. 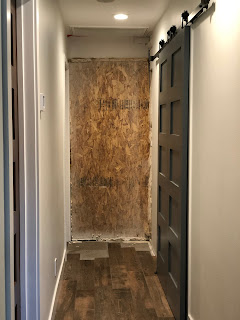 back when we first moved in, she and brother wan had spent some time in her room drawing pictures and writing funny messages on the wall where it would be covered up.  even though she was so little at the time, she remembers doing it and was hoping to see their handiwork after the wainscoting was ripped out.  alas, the copious amounts of liquid nails that had been used during the installation meant that most of the paint also came off during the removal process.  bummer. 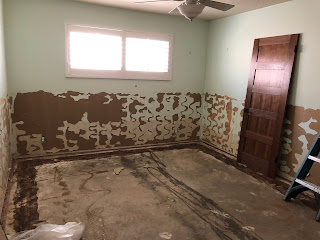 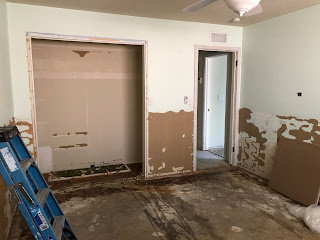 in our room, they've already started building that closet. 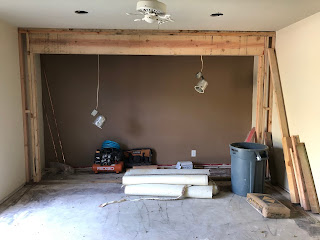 our bathroom already looks so different.  the closet is all gone, and we have a better idea of what the shower is going to look like. 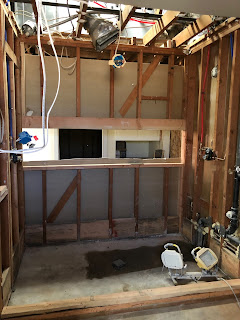 i'm not quite sure why there's a hole that runs the length of the shower in that wall, but i'm sure there's a good reason for it. 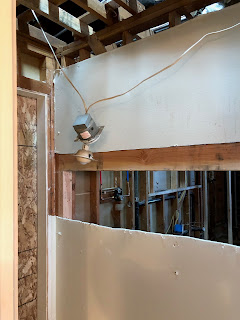 and on the other side, the shower and toilet have come out and the framing is in place for the little room where the new toilet will go. 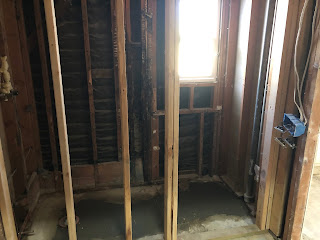 next week they start the drywall and by the middle of the week they'll be ready for the tile to be installed.  then there's electrical, plumbing, and we still have to figure out how we want to configure our new closet.  and then we need to finalize lighting and where to put outlets and paint colors and holy crap i'm just excited for it all to be over and done with because making all of those decisions is so overwhelming which is a total first world problem but yeah.

on the plus side, i've got a full kitchen again!  the oven was installed a couple of days ago and we're so excited...that thing sat in the garage covered with blankets for the last two years and now it's finally in its new home. 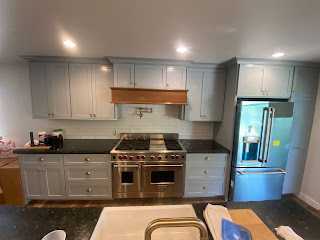