relearning the joy of cooking

we finally have a fully functioning kitchen again!

so like i mentioned last week, the stove was the final piece of the puzzle.  turns out that there's only one company in all of southern california that's authorized to install wolf ranges. and of course, by the time we were ready for it to be gently eased into its new home, their availability was pretty tight.  we had to wait a full week after making the phone call before they finally made their way to the house.  it was worth the wait though, because it fit perfectly: 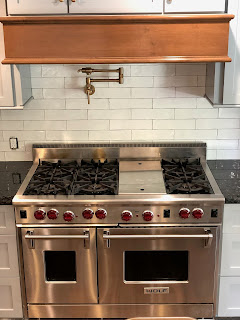 by the way, yes - that is indeed a pot filler mounted above the stove.  it's amaaaaaaaazing.

our microwave is pretty cool too - we picked out a drawer style that's mounted in the island, and we're really digging it so far. 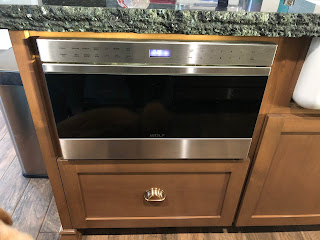 the other fun feature in the island is in the countertop - the hub picked out these fun pop-up outlets that remind me of the ashtrays in old cars.  luckily he understood what i meant, but the bean just kind of looked at me like i was crazy.  sigh. 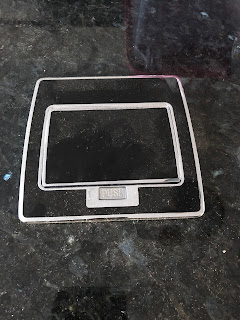 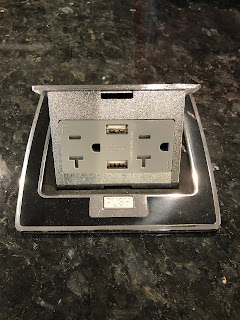 i love that i can use my instant pots on the island now and not have to worry about any damage to the cabinets when it's time to release the steam after cooking.

anyway, i think i was still kind of in shock once the stove was installed, because it took a whole day before i finally felt like i was ready to break that bad boy in.  the old lady and i had already talked about what we wanted to make first with it weeks ago, and we'd settled on chrissy tiegen's spicy miso carbonara.  not to mention, it gave us a chance to test out that pot filler. 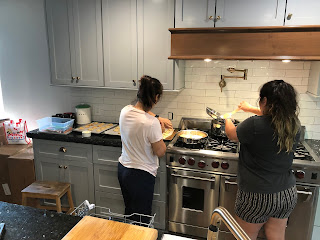 we decided to make an old favorite to go with the pasta - some lemon chicken.  and while i was at it, i figured i might as well make something special for the hub since he couldn't have any of that pasta and threw in a batch of keto chocolate chip cookies. 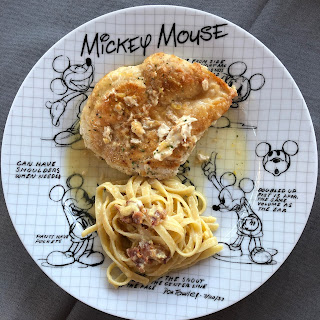 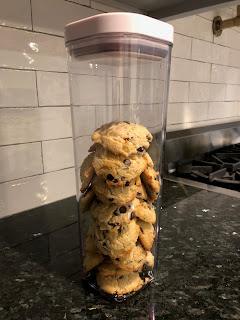 the next evening, the bean and i decided to bust out the air fryer to make a batch of s'mores.  we'd bought all of the goodies and put them away in the pantry that i'm so excited to be organizing: 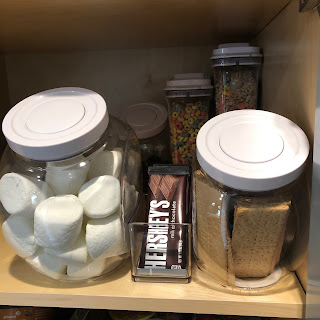 seriously - i'm addicted to those oxo pop-up containers.  i want to put everything in them.  and label them accordingly. 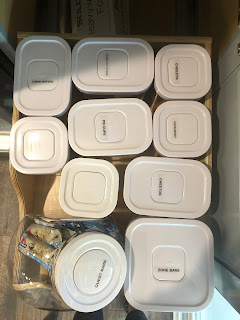 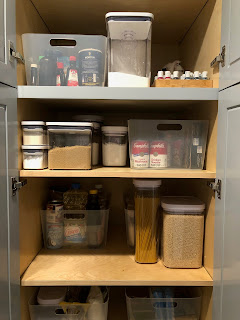 so we assembled those s'mores and put them into the air fryer to toast the marshmallows: 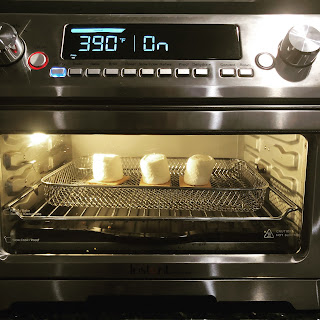 it only took a few minutes before they were puffed up and perfect.  actually, we agreed that maybe the jumbo sized marshmallows might have been a little much.  they ended up bigger than the graham crackers...which, actually, is not a problem. 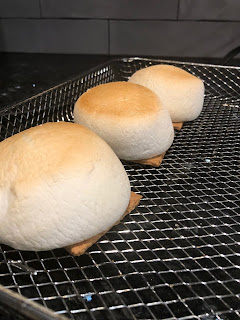 we topped them with pieces of chocolate and a second graham cracker, and it was SO GOOD. 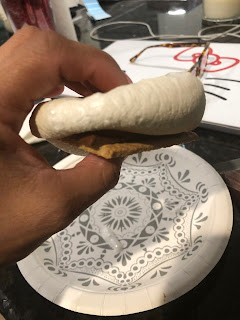 ah, it's so good to be able to cook and bake properly again.  i didn't realize how much i would miss it, but despite my extreme level of laziness doing take-out every day really did get pretty old after awhile.  and i'm excited to make new recipes i've bookmarked over the last few months.  of course, i want to make some bread and so far there's no bread flour or yeast to be found anywhere near me.