on our last full day in santa barbara, we actually managed to get up and have breakfast.  we'd seen people waiting to be seated at chad's, which was literally right outside our door, and so it was the easiest choice.  i just googled chad's and found out that it's been there since 1957 and originally named "sambo's," with the name change happening just a couple of weeks before our visit.  it was part of a chain in the 70s and 80s that mostly failed, leaving just this location open.  with the original name carrying some racist connotations, the current owner - the founder's grandson - decided to make the change.

there's a bunch of information you probably didn't really need, huh?  oh well.  here's a picture of cocoa sitting with the old lady after i put my scrunchie around her mouth.  surprisingly, she didn't seem to mind it and didn't try to take it off till i took pity on her and took it off myself. 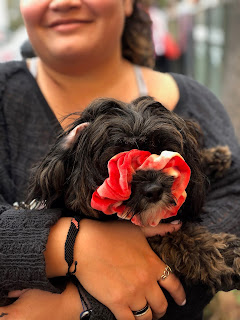 after breakfast, we piled into the truck again and headed off to pismo beach.  we were hoping to do some off-roading at the dunes but as it turned out, the area has been closed off to vehicles.  and from what we could see, that applied to all vehicles - we could see the dunes from the road, and all was quiet.  bummer.

we decided to check out dinosaur caves park, to stretch out our legs and walk the dogs and enjoy the ocean breeze for a bit.  an entrepreneur in the late 40s had tried to build a 50-foot dinosaur that was visible from the main road here, hoping to attract customers to his souvenir shop and the sea caves that were there.  apparently locals were not pleased with the concrete monstrosity and he was forced to stop building the thing, leaving it headless for years until it was finally dismantled sometime in the 60s.  the area was mostly abandoned for awhile until the city finally bought the land in the 90s and built the park. 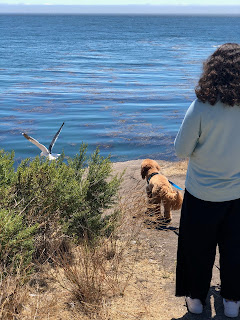 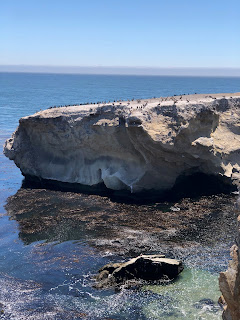 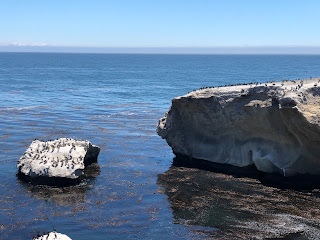 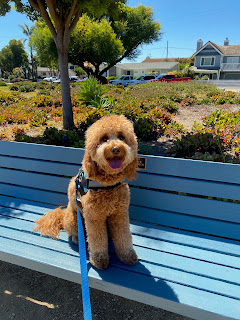 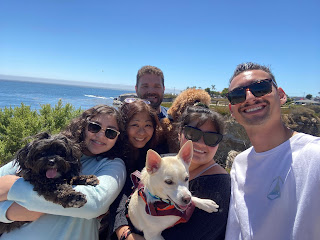 and it's not a trip to the central coast without at least a quick stop in solvang.  covid has made lots of changes here, too. 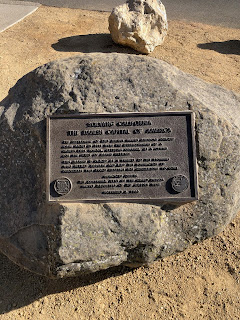 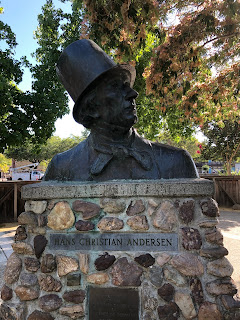 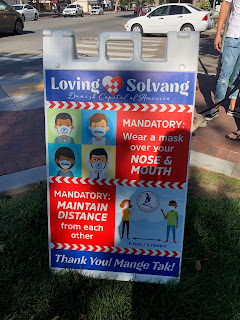 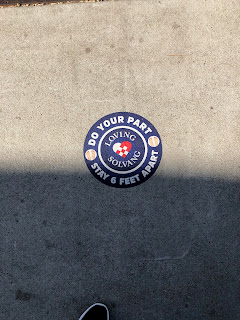 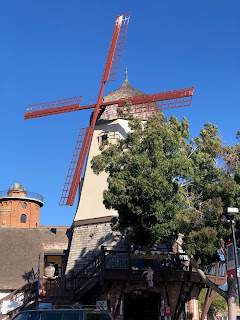 parts of the main areas were blocked off to vehicular traffic, and there were tents and tables set up for outdoor dining. 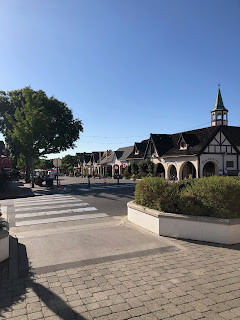 our favorite spot for enjoying delicious aebleskivers was closed, which was a big bummer. 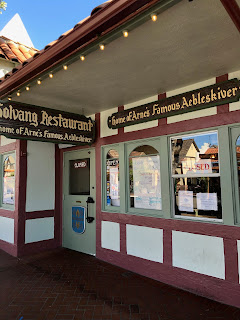 a couple of the bakeries were open, but their cases were mostly wiped out. 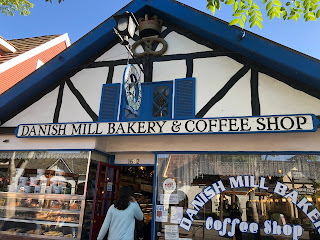 and we stopped in at the sock store to look around like we always do. 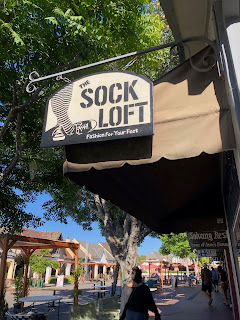 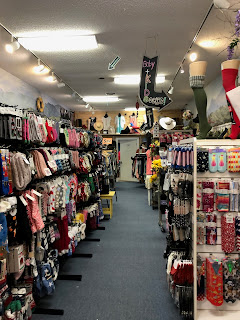 she cracks me up. 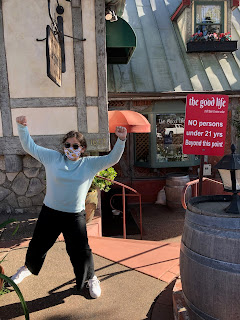 back in santa barbara, we walked over to the bluewater grill for dinner.  cocktails, sunset and seafood were a nice way to close out our day. 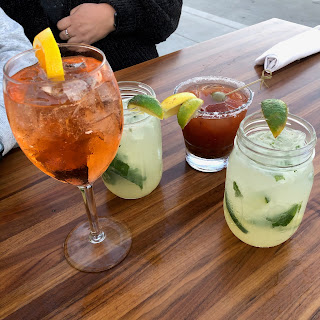 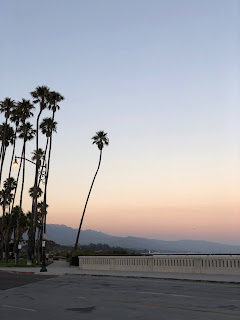 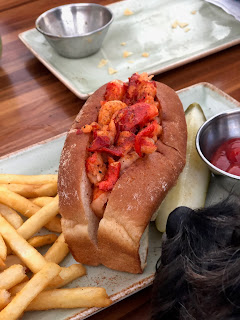 and we finally made it to mcconnell's ice cream, which the old lady had been looking forward to since we got there.  there was a pretty long line, and not just due to social distancing.  when we got our turn we realized why - there was just one employee working at the time, taking orders and scooping them out herself.  she was one busy girl. 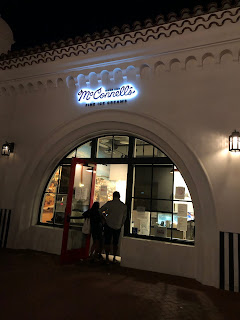 it was a nice way to end our little mini-vacay.  while it wasn't the week in cabo we'd originally planned, we still got to enjoy some quality time and relax all together.  and that's all that matters anyway, right?
at August 17, 2020