round foods for every mood

bonus points if you can tell me where that title comes from!

there were a couple of days when i randomly found myself making lots of round shaped foods.  i'd seen a tweet where IKEA had shared their recipe for swedish meatballs and gravy - or, at least, a recipe they were willing to release for them.  and even though it wasn't exactly a light summer meal, once i saw it, it's all i wanted to eat for dinner that night.

the meatballs were pretty easy to make, and cooking them wasn't as much of a pain in the ass as i'd imagined. 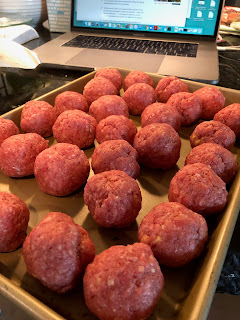 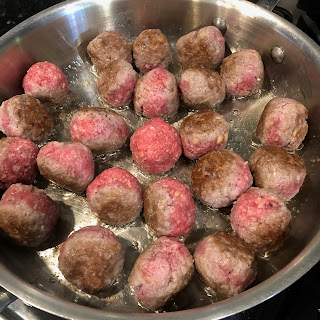 the gravy was a simple recipe too, and instead of serving them with mashed potatoes i settled on simple buttered egg noodles. 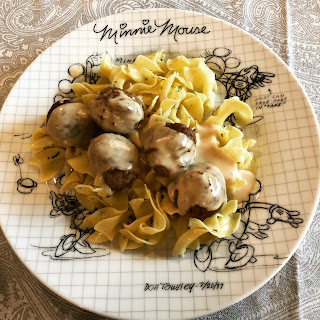 it was really good - just as good as the ones you get at IKEA.  definitely making these again.

and then i got a bug up my butt to try my hand at mochi donuts.  i decided to try the first recipe i found via google, which i later realized wasn't the greatest.  still, it was fun to try.  i mixed up the dough, rolled it into long ropes and then cut pieces to roll into little balls. 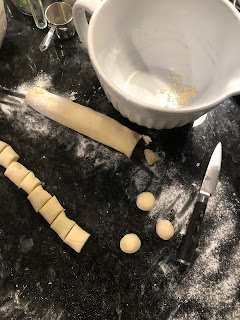 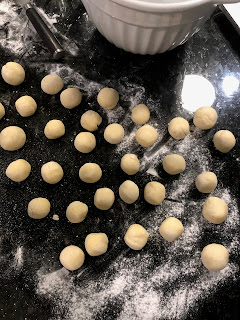 i put together the "donuts" by sticking some of those dough balls together and placing them on a piece of parchment paper for frying. 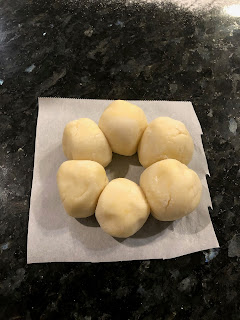 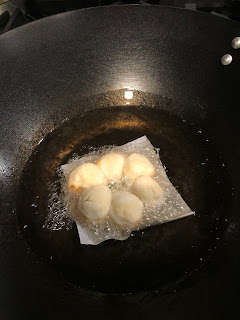 of course, when i went to flip the donut the balls all fell apart.  d-oh!  but i fished them out and dipped them into the chocolate frosting i'd mixed up. 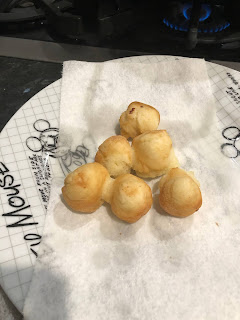 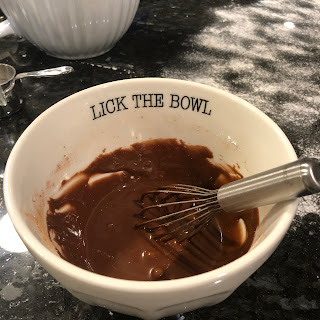 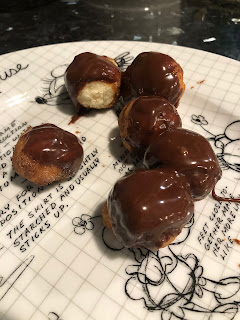 texture-wise...not great.  but if i'd just been expecting a regular donut, it wouldn't have been as disappointing.  and i finally managed to get a couple of them to come out intact. 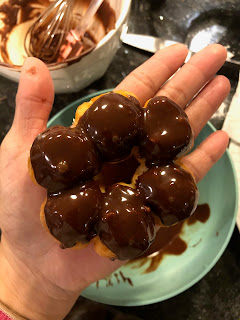 the next day, i decided to try my hand at making bubble waffles like the ones we'd eaten at the 626 night market in summers past.  remember the night market?  those were good times.  sigh.  anyway, i'd ordered this pan from a friend to support her online pampered chef party and was pretty excited to bust it out.  finding a recipe for the hong kong-style bubble waffle took no time at all and after i got my hands on all of the ingredients, i mixed up a batch of the batter and refrigerated it as instructed.  then i had to take it out and let it sit for about a half hour to bring it back up to room temperature, which the recipe writer admitted sounded like a pain in the butt but worth the hassle.  and when it was finally time i busted out that waffle pan. 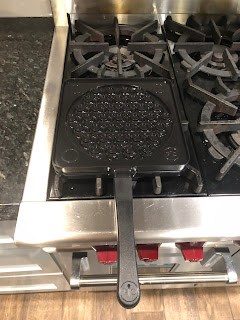 while it preheated, i put the bowl of batter next to the stove along with the mochi bits we'd bought to recreate that night market waffle.  when the pan was ready, i placed one in each bubble and poured the batter.  i closed the pan and flipped it over and let it cook for a couple of minutes before flipping it again and waiting another minute or two, and then... 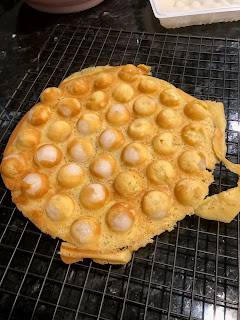 i scooped out some homemade cookies & cream ice cream i'd mixed up earlier that day and served it up to the kids. 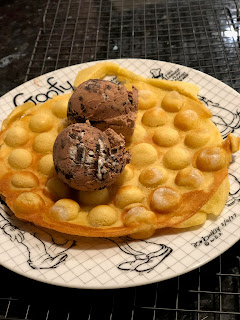 OMG, that waffle was PER. FECT.  it was identical in flavor and texture to the ones from the night market, and everyone loved it.  that recipe is most definitely a keeper.
at August 05, 2020