sweets for the sweet

so yeah, making meals at home has been lots of fun.  but you know what else is even better?  DESSERT.

a trip to the asian grocery store yielded a case of mangoes and a bag of sweet rice.  add some coconut milk, sugar and a little salt and you get the most delicious treat ever - mango sticky rice. 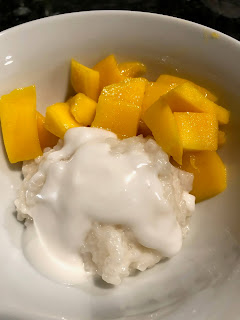 and because i'd opened a can of evaporated milk for something - maybe the mochi bubble waffles? - along with some leftover sweetened condensed milk that went in something else that i can't remember, i figured it was the perfect time to try my hand at a tres leches cake.  a quick google search later i was mixing it up and then a little while later i pulled this out of the oven: 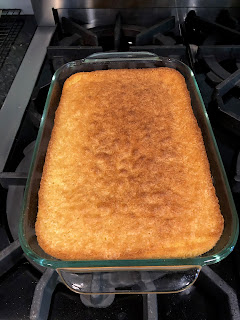 so basically it's like a poke cake.  you let the cake cool for a bit before using a fork to poke a bunch of holes in the top and then you mix up the "syrup" and pour it on, saturating the cake completely. 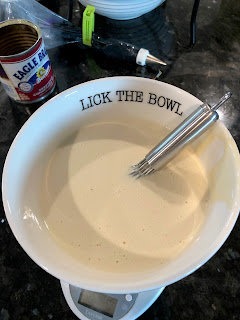 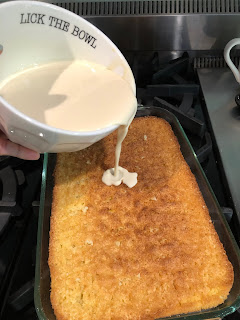 refrigerate it for awhile and then mix up the topping.  most of the recipes i found actually called for whipped cream, but i wanted it to be like the cake we get at porto's so i went the meringue route.  i stuck it under the broiler for just a minute or two so the meringue got a little toasty and then we dug in. 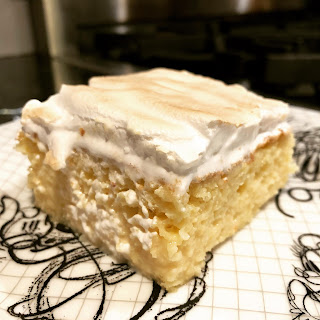 holy moly...so good.  just looking at that makes me want to make it again and eat it all.

i did learn my lesson about making sure there's some space between the heating element for the broiler and the baking rack, though.  i learned that shit the hard way.  i'd mixed up a batch of salty & sweet s'mores bars and topped it with giant marshmallows: 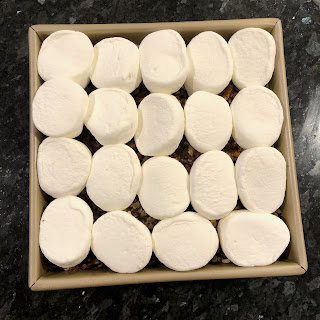 and then i popped that pan into the oven with the broiler on, but didn't realize how close the pan was to the top.  when i opened the door a couple of minutes later, i was met with a pan of fire.  and i panicked.  thank goodness the old lady and her special friend were there, because i was literally frozen and couldn't remember any of the things we've been taught about fires in the kitchen.  the bean actually took video of my panic, the little shit.  and no, i'm not sharing it.  but here's what we ended up pulling out of the oven: 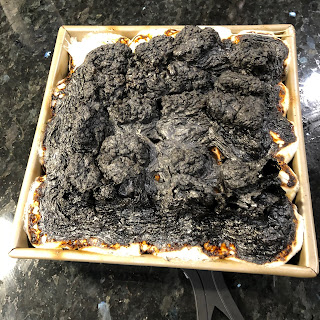 all we had to do was scrape the burnt layer off the top (although lots of people like their marshmallows all burnt like that) and the rest of it was fine.  but i think i was traumatized by the whole experience and couldn't bring myself to eat more than a bite or two.  oy vey.  such a failure.

speaking of failures, i also managed to screw up another s'mores-themed dessert.  i'd seen a few people post about making s'mores eggrolls using their air fryer, which sounded delicious.  so i decided to give it a shot. 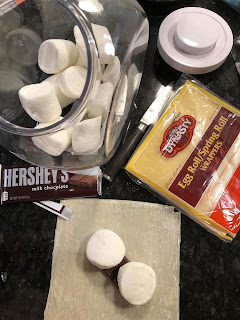 i assembled three of those bad boys and put them into the air fryer, where the marshmallows decided they didn't want to stay inside the wrappers and exploded right out onto the rack.  yarg. 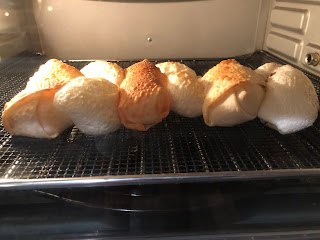 by the time i turned it off and pulled them out of there, it was a sticky mess and the marshmallows were pretty much eviscerated. 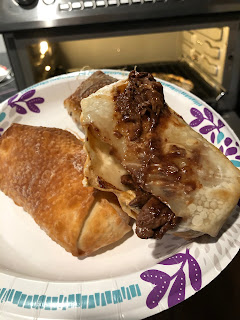 on a brighter note, i did bust out a pretty good chocolate bundt cake. 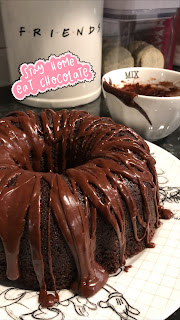 AND i even dipped a toe back into the cookie making waters with this super fun request from a friend who'd finalized her divorce after six long years. 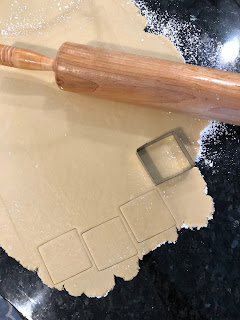 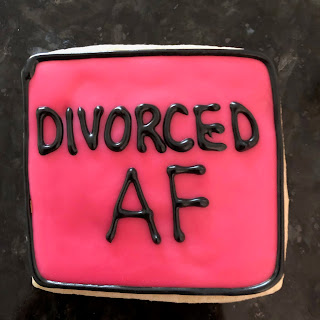 this copycat starbucks lemon loaf went to a friend who helped us out when we were in a bind: 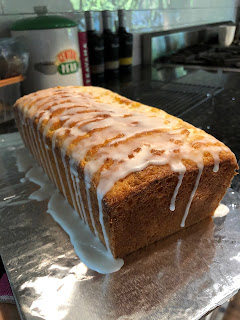 a super random craving had me going back to smitten kitchen's almond-vanilla rice pudding recipe, something i hadn't made in probably a decade.  it was so good, i made a second batch two days later. 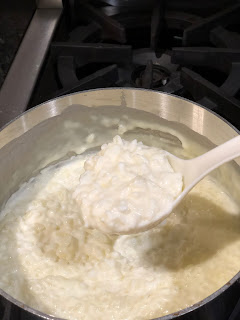 and lest you think the poor hub was being left out of all the dessert-y goodness, here's a keto-friendly cheesecake i made for him: 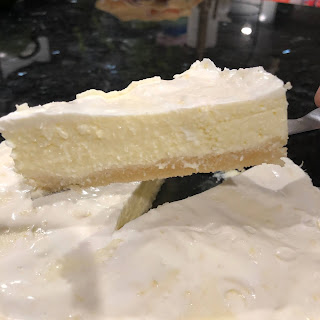 plus a lemon bundt cake that he really seemed to enjoy. 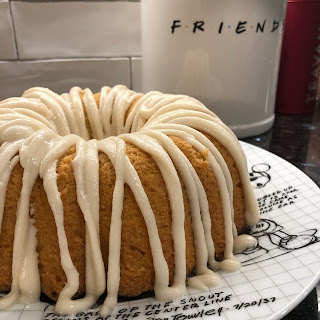 i've got a recipe for some japanese bakery-style milk bread that i've been dying to try, and there's a rum cake that's calling my name.  OH!  and we finally put all of our fitness equipment in the old lady's old room, so now there's no excuses. 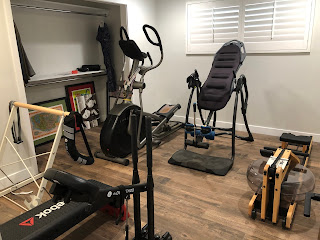