tea time...in the comfort of our own home

somehow i got it in my head that since we couldn't go to a proper afternoon tea, i should just find some recipes online to create our own at home.  DIY at its best, amirite?

it started with a post i saw on facebook of someone making fresh clotted cream using their instant pot.  i'd seen this before and filed it away in my head for later use, but it seemed like now was a good time to give it a shot.  the tricky part was having to find non-ultra pasteurized cream to make it with, which i ended up finding at sprouts.  not cheap, so i was really hoping it would be a success. 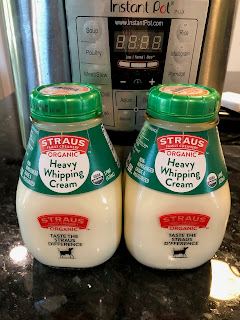 so really, all you have to do is dump it into the instant pot and use the yogurt function.  you press the button until the display reads "boil" and then you let it go until it beeps, which took just a few minutes.  the kicker is that now you leave it in the pot for ten whole hours. 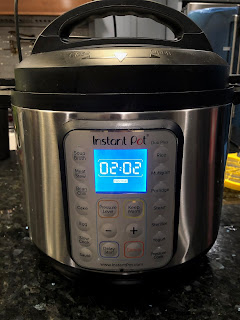 well, my dumb ass didn't think things through and started this process around 5:30.  that was a long night.  somewhere around 4:30, i finally shut off the pot, took the inner liner out and covered it with plastic wrap to chill in the fridge for another 8 hours.  it looked just as the recipe said it would - with this weird yellow crust on the surface. 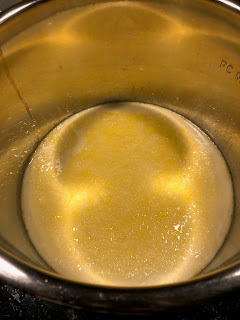 after i had a chance to get some sleep, i got up to make a couple of treats for our tea.  i'd found a recipe for some earl grey shortbread cookies that sounded really good, and it starts with mixing softened butter with actual loose tea leaves. 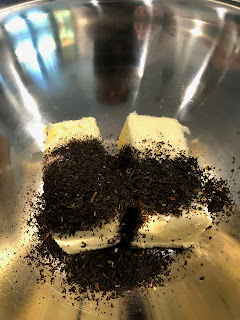 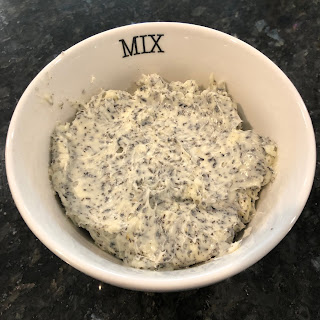 the recipe said to set it aside to allow the flavors to infuse into the butter to intensify the flavor, so i took that time to whip up a batch of the bean's favorite mint chocolate chip meringues.  while those were in the oven, i got to work on making the shortbread dough.  it only required a few ingredients and came together pretty quickly. 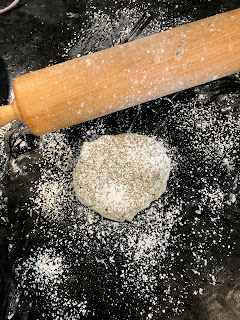 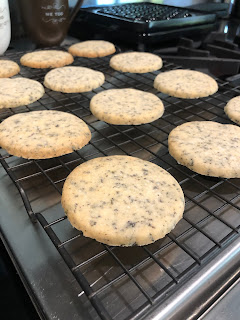 it smelled really good, and the cookie was already pretty tasty on its own - but it was even better with a little lemon glaze drizzled on top. 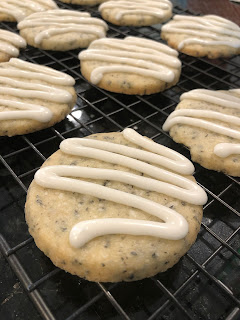 i did cheat a bit on the scones, using this mix instead of making them from scratch. 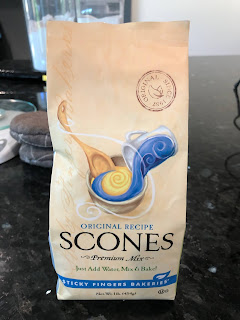 but first, back to that clotted cream.  i scraped it out of the pot and transferred it into a glass container for storage. 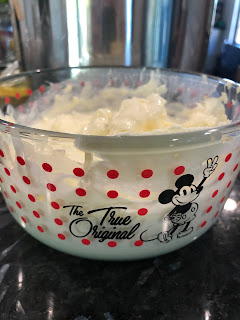 and then i poured out the whey left over at the bottom of the pot to use it in the scones. 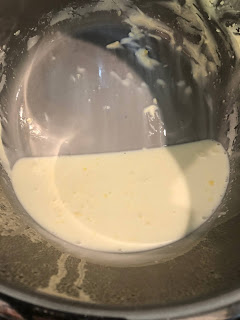 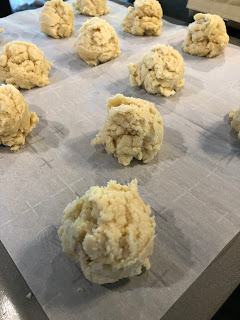 the old lady got to work on making the tea - very appropriately named. 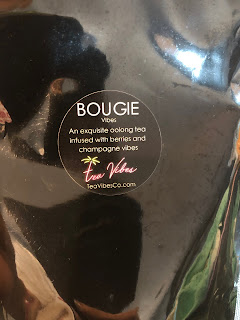 while it was steeping, i got to work assembling our tiered tea tray. 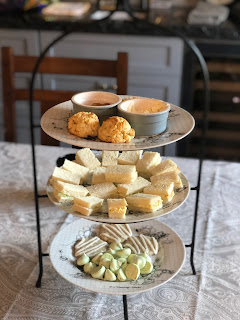 at the top was our freshly baked scones with the clotted cream and some lemon curd that we'd bought with the scone mix.  i could've made that too, but i figured i'd save something for next time. 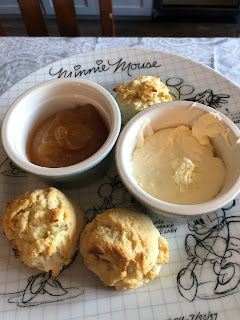 tea sandwiches were on the middle tier - cucumber and cream cheese for me and the old lady and egg salad for the bean. 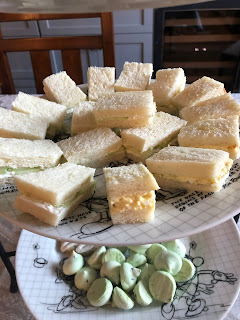 and then at the bottom, those earl grey shortbread cookies and the mint chip meringues. 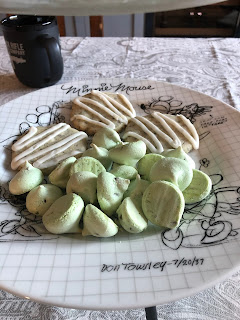 we weren't dressed for the occasion at all, but that's okay.  we were together, we were hungry and we were excited for our DIY afternoon tea. 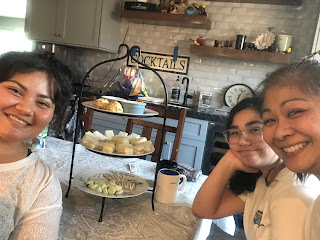 i'm happy to report that everything was just as delicious as we'd hoped, and worth all of the effort we'd put into it.  fresh clotted cream, while it sounds kind of gross, is super delicious.  and next time, i'm totally going to make the scones and the lemon curd from scratch and maybe switch up the sandwich fillings too.

it's been really fun rediscovering how much i love to cook.  good times, even better because we get to eat the results!
at August 04, 2020