i still find it pretty amusing that after years of turning my nose up at knitting/crocheting, i'm completely obsessed.  and look, all it took was a global pandemic!  whee!

the blanket that i started working on while on our colorado road trip is...still in progress. 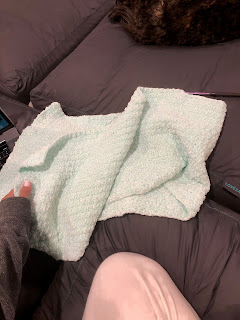 i love working with that yarn - it's a "velvet" and it's super duper soft.  but it's one of those things that takes a good bit of time - the finished product is supposed to be somewhere around 50" or so long, and it's kind of slow going.  i go back to it every few days, but i've been sprinkling in smaller patterns that are more of an instant gratification kind of deal.  like this one - while we're in the dead of summer with temperatures in the high 90s, i decided to make myself a scarf using this fun, chunky yarn: 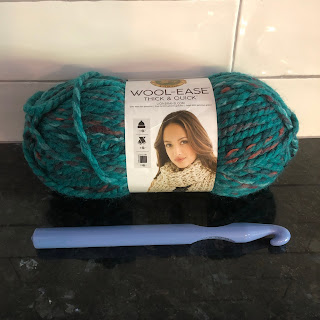 i wasn't used to working with a jumbo sized needle, which had me working really slowly at first.  and actually, my first attempt at this simple scarf was kind of a mess.  my stitches were all uneven, the edges were all wonky, it was just all bad. 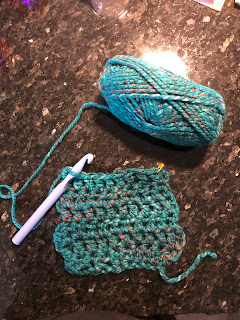 so i ripped it apart before i got too far into it - i think the term knitters use for this is "frogging," for the fun noise the yarn makes as you tear those stitches apart.  i started over from the beginning, took my time and things were better the second time around. 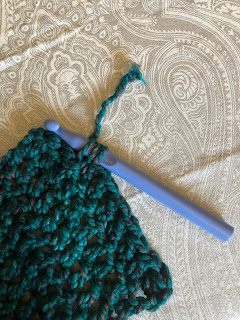 by the next morning, i'd gone through both skeins of yarn that were called for and i was done.  yay!  it's my first completed wearable project! 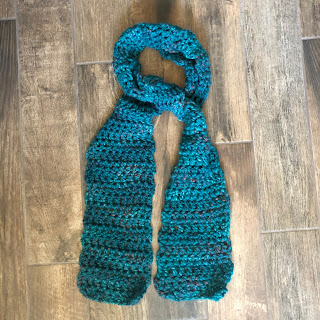 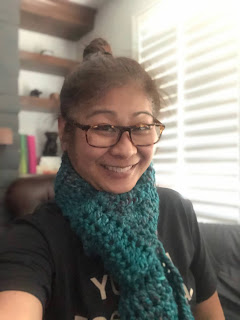 next, i decided to try my hand at a simple crocheted circle to use as a coaster.  i was about this far into it when the hub walked by and snickered as he said "oh wow...we're living in my great grandmother's house."  hmph. 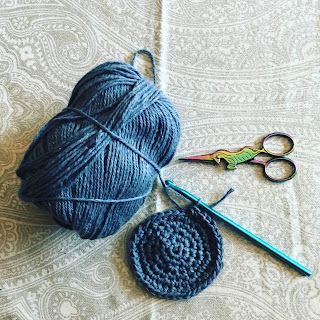 i shifted gears again for the next pattern - a basic crocheted beanie.  it looks pretty weird at this stage: 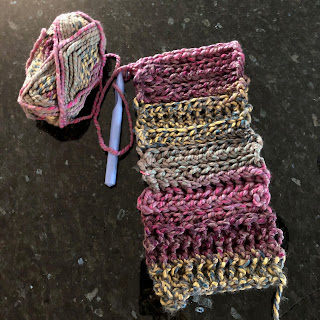 but then you sew the short ends together into a tube, add some ribbing stitches at the bottom and close the top and you end up with this! 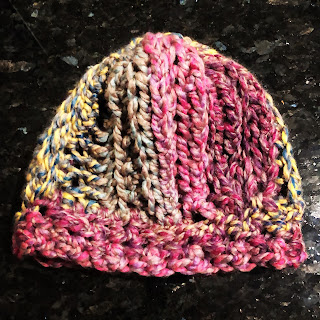 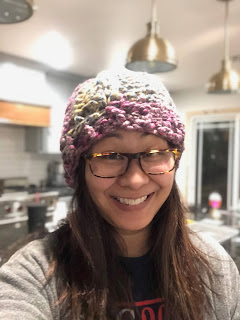 i don't think i ever shared the first floppy sun hat that i made a couple of months ago, mostly because while it turned out pretty cute i'd misjudged the sizing and it ended up too small for my big ol' head.  and so i decided i'd try to redeem myself with a different hat pattern - this time, for a crushable, packable fedora.  i got started with the top of the hat while listening to the new CD from the chicks - yes, i said a CD.  i bought a physical CD.  oy. 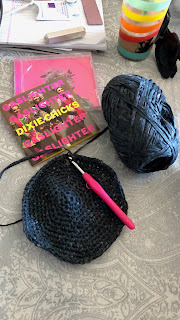 by later that evening i was done with the bucket portion of the hat. 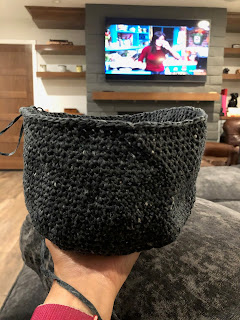 i did finish this hat too, but somehow i managed to screw up the sizing again and now it's a little too big.  i don't have any pictures, but the hub has been sporting it around the house, which is really funny.

now i'm working on something totally new - a beach coverup/wrap.  it uses this pretty, soft variegated yarn that fades into different shades of the same color as you work with it. 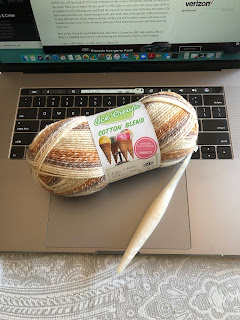 i was working on the back panel and had just finished this section, after which i had to do a color change.  and as i counted the stitches according to the pattern i was using, i realized that somehow i'd managed to screw this up too.  it was supposed to measure about 50" across...and i was a good 15" short.  dang it. 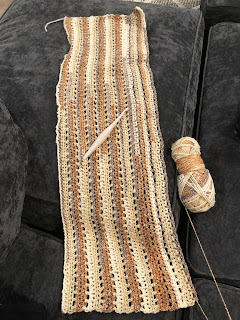 i kind of wanted to cry, because it seemed like it had taken forever to get to this point.  but actually, it had only been a few hours of stitching this up, and i guess i should be glad i figured it out before i really got too far into it.  and so i was "frogging" again, this time winding the yarn into a ball that would be easier to work with than the way the skein was wound when i bought it. 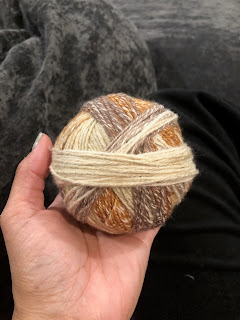 i've already gotten a good start on redoing that portion of my coverup, and this time i'm feeling more confident and my stitches are starting to look a lot prettier.  even the old lady let out an "ooooohhh" when i showed her what the finished product was going to look like.  i can't wait to see how this turns out.

along with my road trip blanket and the cardigan i'm still knitting that i started about three months ago, that makes three different works in progress ("WIP" - another knitting term!) that i've got going at the same time.  i get bored when the project takes too long, but i try to go back to those unfinished ones in between these smaller pieces.

Email ThisBlogThis!Share to TwitterShare to FacebookShare to Pinterest
Labels: learning to knit, quarantine