we took off last weekend for what is in all likelihood the only vacation we'll get to do in 2020.  it kinda kills me that a year ago, we were in hawaii - but that's definitely out this year because getting on a plane just doesn't sound like something i want to do in the near future.  but looking at the bright side, i do love a good road trip - and another bonus?  this way we get to take the dogs with us! 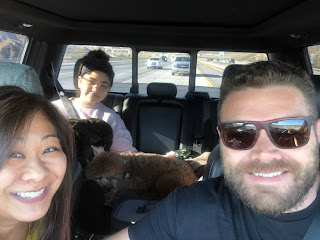 truth be told, i'm not sure that they like road tripping all that much based on previous experiences with our weekly day trips.  cocoa handles it pretty well, curling up happily in anyone's lap to sleep through the ride.  but teddy always has trouble getting himself settled, restlessly sitting up or wandering from the back seat to the front and back again several times before finally finding a spot to lay down and take a snooze.  knowing that we were going to be on the road for a lot of hours, we did our best to make it comfortable in the back seat not only for the bean but for the puppies too. 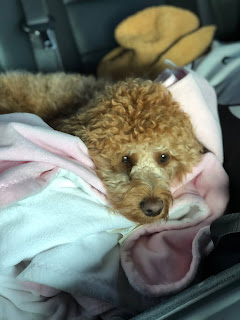 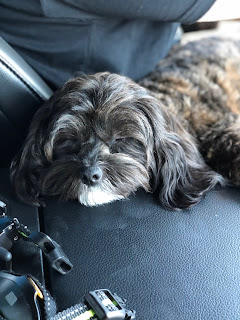 traffic early that saturday morning was pretty much nonexistent, and we found ourselves driving through vegas less than three hours later. 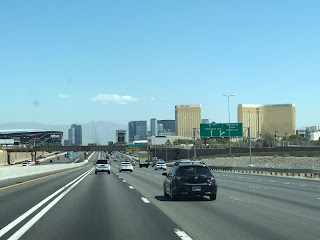 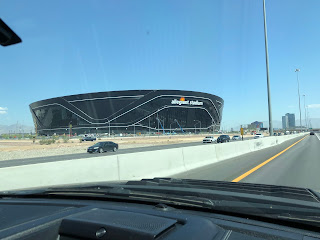 teddy was particularly happy to get a potty break when we stopped for gas, jumping into the empty driver's seat as soon as the hub got out. 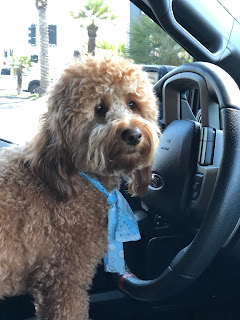 i don't remember what time it was when we crossed the border into arizona, and i never did get a picture of the "welcome to nevada" sign - if there was one. 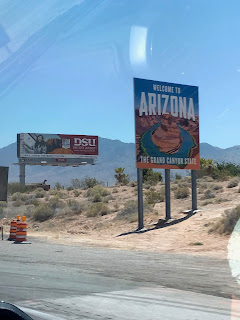 the views along the way were a little more interesting than the emptiness of the drive from home to vegas. 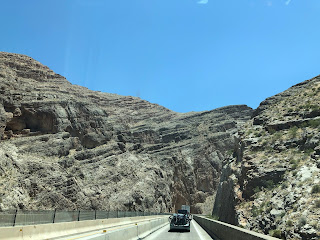 and then before we knew it, we were making our way into utah. 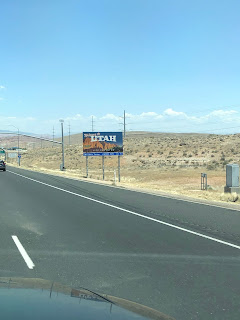 the bean and teddy were snoozing in the backseat together. 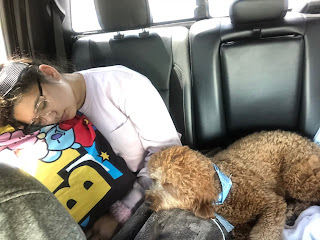 and pretty soon i was passed out too, leaving the hub to sip his energy drink and sing along to whatever he had on the radio.  i was actually pretty surprised i'd lasted that long, because usually when you put me in a moving car for any length of time i'm out in no time.  i take my best naps in the car. 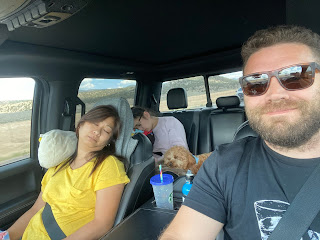 when i woke up i found that we were driving along down some pretty picturesque roads.  i guess there's really only so many pictures of rocks and roads one can (or should) take, but it really was very pretty. 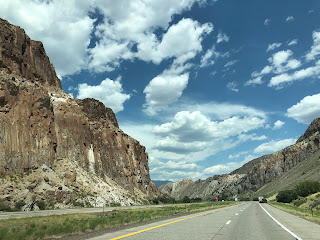 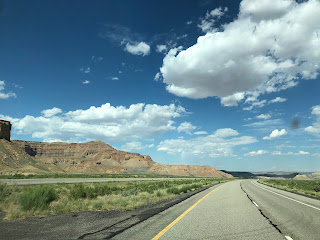 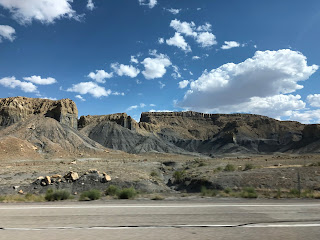 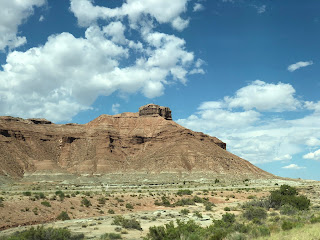 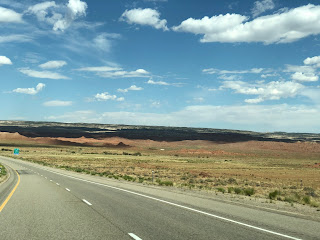 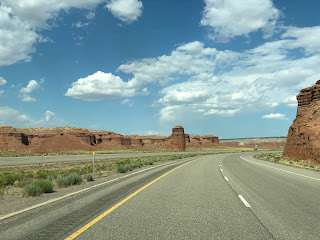 one of the reasons i'd always wanted to learn to knit or crochet was because it's a portable hobby.  i knew i'd be able to pack it up and take it on long drives or plane rides and whatnot.  and i'd decided to try my first blanket using some super soft "velvet" yarn and an easy pattern i'd found online.  i was making some pretty good progress and then cocoa decided to come over and sit in my lap, using the ball of yarn as a pillow and very effectively putting a stop to my crocheting. 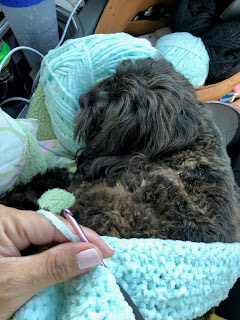 and as it was starting to get darker (and taking away an hour as we crossed time zones), we were finally in colorado. 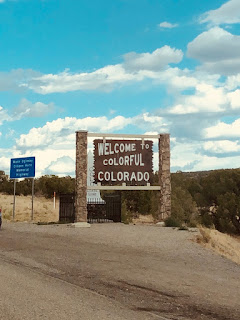 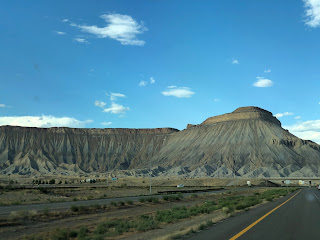 our destination was colorado springs, which took a few more hours to reach.  we pulled in at the cheyenne mountain resort somewhere around 11:30, and while the hub went inside to check us in the bean and i took the dogs out for a much-needed potty break.  our room ended up being on the first floor, which was a good thing given our canine companions, and after checking things out everyone got settled in and fell asleep almost as soon as our heads hit the pillow. 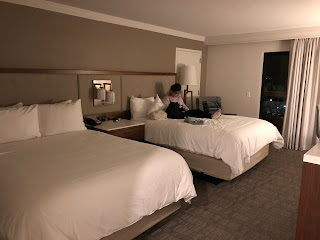 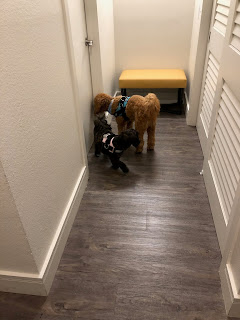