with the hub scheduled to start his fishing day early, i decided to get up when he did so i could get that head start on banking those steps for the challenge.  i walked the loop around all of the cabins a couple of times and then i got bored.  i didn't want to put my airpods in because i was by myself and - well, basic safety guidelines, you know?  so i went back to the cabin and leashed the dogs to take them with me for a couple more loops. 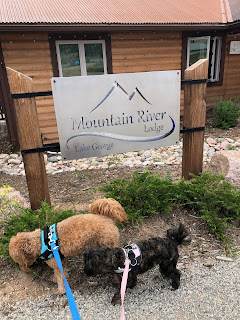 but bringing teddy and cocoa also brought a whole other conundrum...they were super curious and stopped every few feet to sniff a bush or a tree or a pile of rocks, and they were totally holding me back.  heh.  and so while the hub was out enjoying beautiful views and perfect weather (if you look closely you'll spot him in the first photo): 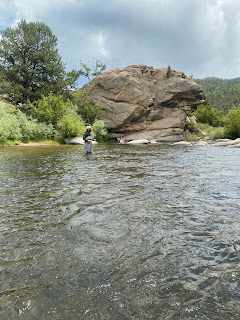 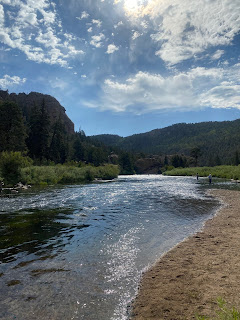 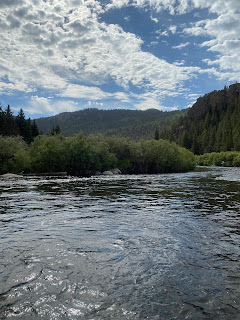 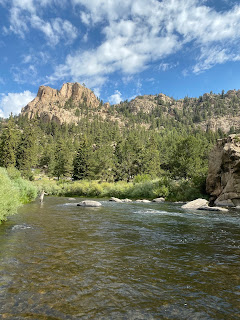 i was inside the cabin pacing furiously back and forth in the living room, with the tv on for noise and the dogs chilling on the couch probably wondering what the hell i was doing.  this was my view for most of that day: 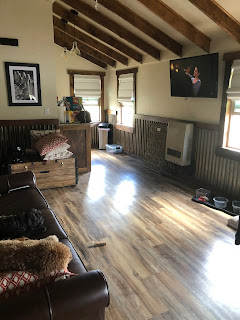 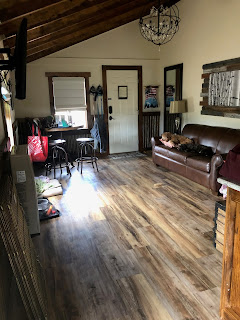 where was the bean, you ask?  well, she was just down the road a bit enjoying an hourlong horseback ride.  and then you may wonder why i didn't go with her.  the answer to that is simple:  i don't like riding horses.  i've tried it a few times and i'm just a ball of tension and anxiety the whole time, because even though those horses are well trained and know exactly where they're going and when to go there, i despise the lack of control over the course of the ride.  but the bean...she loves every minute. 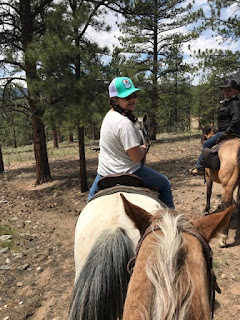 a few hours later, the hub returned to the cabin exhilarated and de-stressed from his time in the river with his cigar and his pole.  he collapsed onto the bed and fell into a deep sleep that left him energized and ready to grab some dinner.  we hopped into the truck and he took us on a lovely scenic drive to show us where he'd spent the majority of the day. 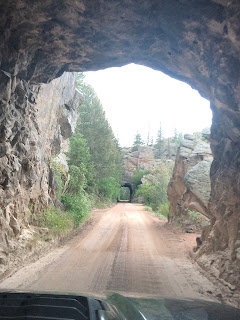 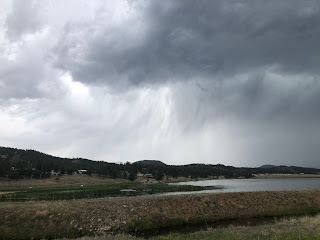 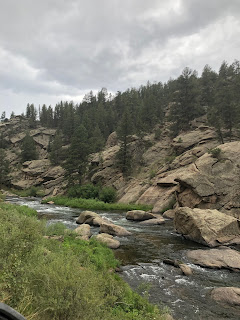 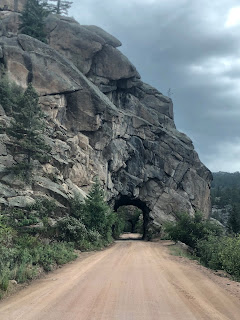 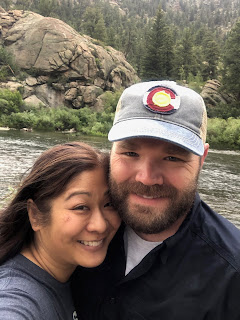 our last breakfast basket was waiting for us when we got back. 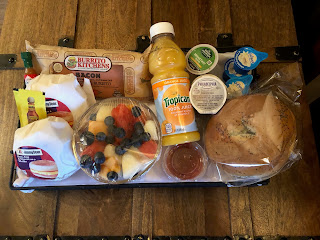 i continued to pace around the cabin like a madwoman, and by then i'd taken the prize for steps in one day (previously held by the bean, who'd done 26,000 one day back home).  i'd actually reached 20,000 by 1:00 that afternoon, but because the old lady, her special friend, the bean and i have our activity trackers linked up they knew i was spending the final day of the challenge trying to rack up as many steps as i possibly could. 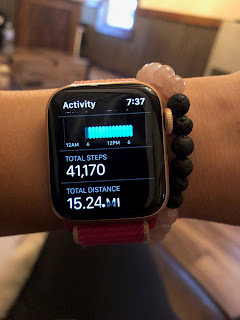 the hub had asked me what my goal was for the day, and earlier it had been 40,000. but i was watching the kids' progress back home and i could see that the special friend was working just as hard as i was.  and so i decided to go for 50,000 steps (which is insanity, truly, especially given the fact that i was just walking around the living room) and then stop.  i'd been up for over 12 hours by then, getting those steps in for most of that time, and i was freaking exhausted.  a couple of hours later, i hit my goal and fell onto the couch with throbbing feet.  i don't know if i've ever had this many steps in one day - and that takes into account the old days of running half marathons. 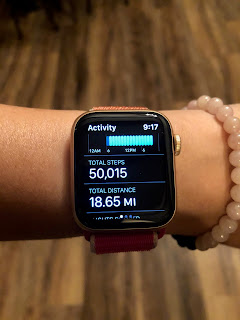 i think at that point he was only about 6,000 steps behind me and with the 4,000 lead he already had i knew there was no way i was going to win.  maybe if i'd kept going all the way till midnight as i'd done in the days prior, i might have had a shot.  but i was OVER. IT.  i couldn't do it anymore, and i knew i'd given him a pretty decent run for his money.

in the end, he bested me for that day by at least a thousand steps.