catching up at home

after being gone for a week, it's always so good to sleep in your own bed.  the dogs concur. 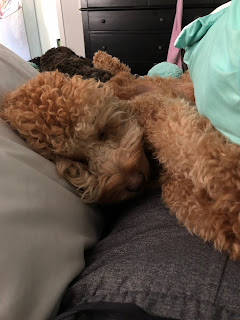 the old lady and her special friend had come to the house every day in our absence to check on the status of the work in the back half of the house.  our bedroom was still in disarray, but at least the repositioned closet was in place so we could get an idea of what it would look like once it was all done. 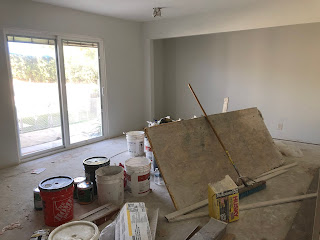 our bathroom had seen a bit more progress.  the fun wavy tile we'd chosen for the shower and extended out onto the bathroom wall was in place, as was the ledge that will eventually have some downlights built in.  and the holes are for the twin medicine cabinet/mirrors that will be hung over the vanity. 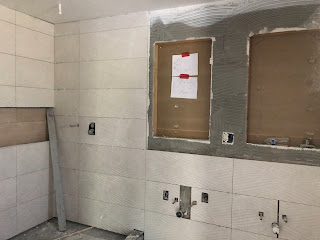 meanwhile, the bean's room was coming along nicely.  the floor was mostly done, but still covered up so the painters could do their thing.  she'd asked to change the color on the walls from the pale mint green we'd put on them back in 2010, and switched it up to a brighter shade of lavender.  we'd both tried to talk her into something that she won't get tired of in a couple of years, but she was pretty insistent.  i suspect it's an extension of the ongoing BTS obsession, so if it lasts as long as her sister's with the jonas brothers did we won't need to worry about repainting for...awhile. 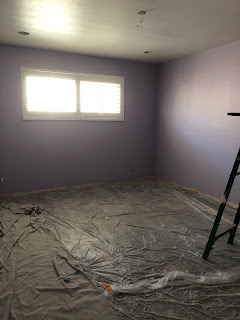 it was so good to reunite with the old lady and her special friend.  we'd really missed them while we were gone.  they came over for some pool time, complete with cold, refreshing piña coladas that she whipped up for us: 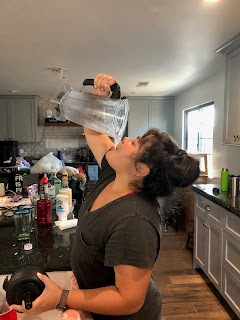 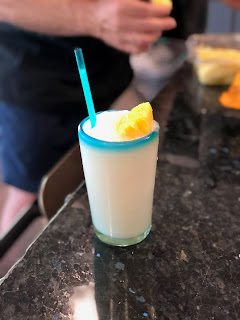 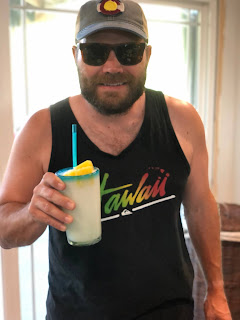 and added some strawberry puree to turn them into lava flows...like the ones we love to indulge in when we're in hawaii.  which we had been, a year ago.  remember traveling?  sigh. 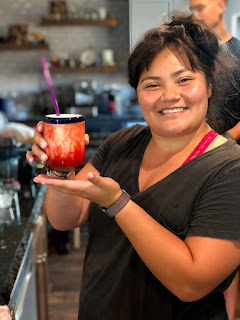 and because i'm a dork, i was extra excited when the hub brought in the mopping roomba we'd been waiting for.  the D2 to our vacuuming R2.  i set her up immediately, and teddy was just as fascinated with her as he'd been with her brother R2. 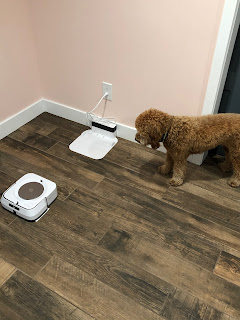 the special friend was pretty stoked to receive his hard-earned prize for the step challenge.  i mean...wouldn't you be? 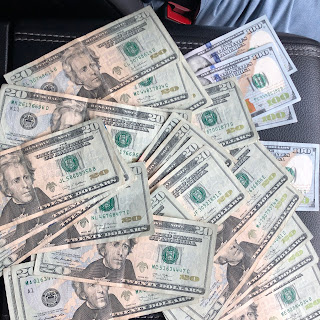 and even though she'd peaced out on the challenge about halfway through despite her initial enthusiasm, the bean still managed to snag the prize she'd chosen.  at BTS concerts, these light sticks dubbed "army bombs" are kind of a big deal and they're synchronized to the show.  it actually looks really cool when you look out at the sold-out arenas and see thousands of these things lit up and changing colors and all that jazz.  and since the pandemic had resulted in their tour being postponed indefinitely, i'd ordered this for her online as kind of a consolation prize.  she'd been watching the official BTS app and lamenting its sold-out status for weeks while i would just smirk out of her line of vision, which i suppose is kinda mean of me...even though i'd already secured one for her.  watching her open the package and flipping the eff out was so fun.  she burst into actual tears, and we were all kind of taken aback because she's never reacted like that to anything before.  that's when you know that shit is meaningful. 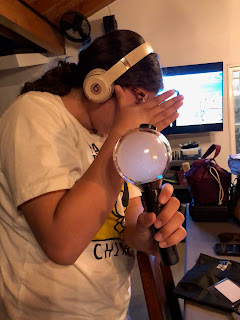 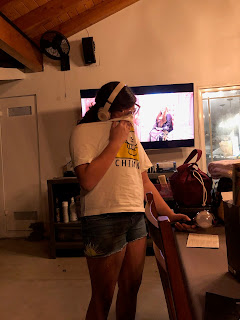