the most important meal of the day. and more s'mores

i'm slowly getting over my weird hesitation to cook in my new kitchen.  one morning, i decided to bust out the package of golden malted pancake mix i'd ordered from amazon - it's the same mix that they use at disneyland for their famous mickey waffles.  i measured it out and added egg, some milk and some melted butter and poured some batter onto my preheated pan. 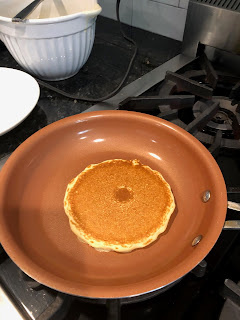 the new range has a griddle built right into the cooktop, but i hadn't had time to season it properly as the installers had recommended.  that'll have to wait for another day.

while the pancakes were cooking, i turned on the air fryer to make some bacon to go with them.  i'd read that it was the easiest and fastest way to cook it, and i was excited to give it a try. 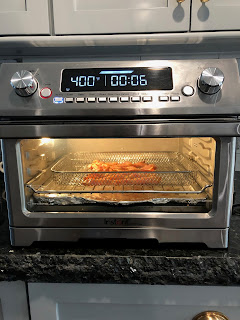 i kind of underestimated the power of the air fryer and ended up with mostly overcooked bacon, but managed to salvage a few pieces that the bean wouldn't deem too burnt for her taste.  she was pretty happy with the plate i served up for her. 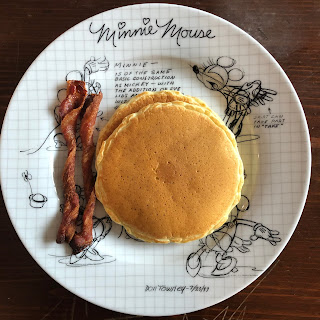 the next morning, i decided to make some spam and eggs.  we've all been talking about how much we miss hawaii and have no idea when we'll get to go back, so if we can't be there at least we can eat like we are 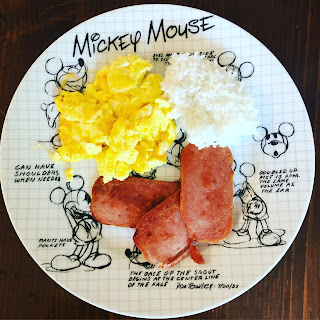 i was super excited when i finally found my hand mixer in one of the many kitchen boxes we'd packed up and stored in the garage for the last few months.  it's so much easier than hand whisking the mixture for dalgona coffee: 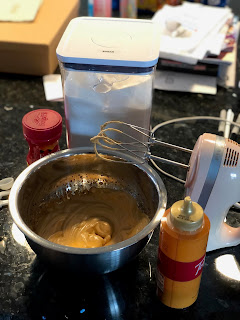 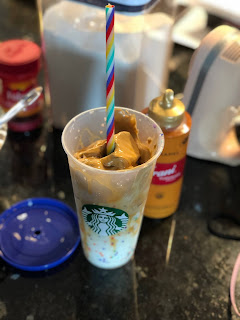 and then one night, the bean and i decided it was a good time to try out a different idea for s'mores.  instead of making them the usual way like we'd done the week before, we broke up the chocolate bar and placed the pieces on the bottom of an oven safe baking dish.  then we stuffed as many of those giant marshmallows in it as we could fit, and popped it right into the air fryer, set at 390.  we kept a close eye on it, and when the marshmallows were just the right shade of golden we turned it off and pulled it out.  it'd taken all of about 3 minutes. 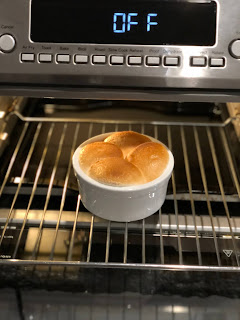 kinda looks like a bowl of hawaiian rolls, doesn't it? 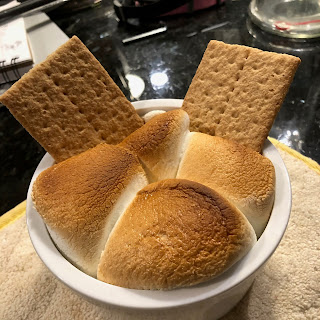 we dug into it with pieces of graham cracker, and it was DELISH.  highly recommended. 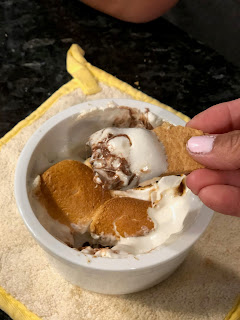