we were up bright and early to get all of our stuff packed up and make our way home after spending five days along the central coast.  we had cases of wine and other souvenirs to load into the car, and it was pretty funny to see how much we'd managed to accumulate during this trip. 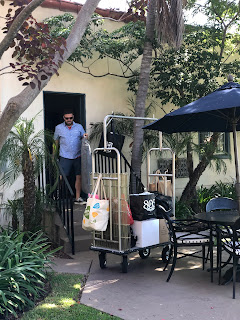 with the truck all packed up and everyone in their places, we decided to stop for some caffeine before hitting the road.  instead of our usual starbucks run though, the old lady found this indie coffee shop not too far away. 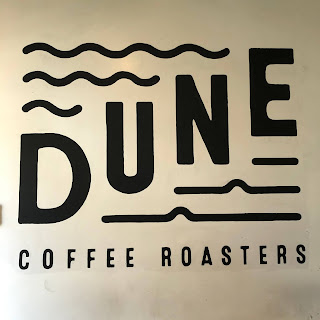 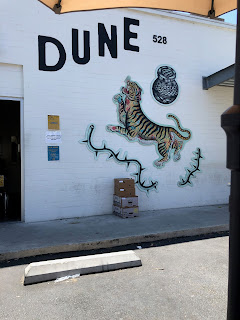 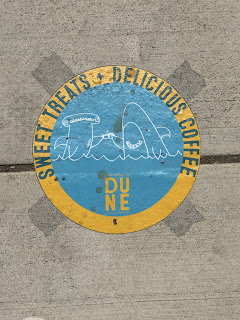 we'd picked the right time to go, because there wasn't a line when we pulled in and we were able to place our orders just before a bunch of people showed up behind us. 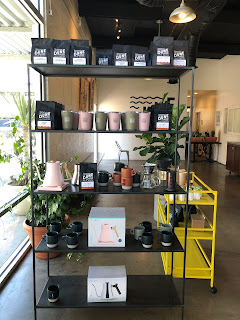 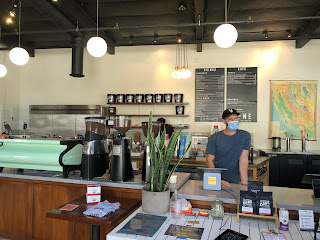 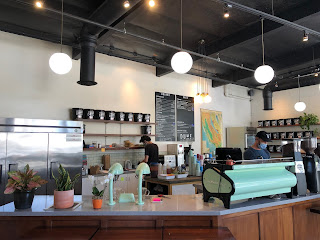 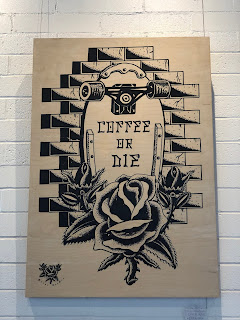 the coffee was delicious and the employees were all super friendly, but the star of the show was this almond butter and honey toast.  freshly ground almonds, a perfect drizzle of honey spread on housemade toast - i could eat this every day. 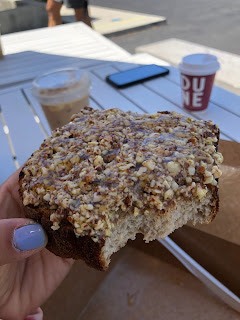 the drive home was uneventful and blessedly free from traffic.  the old lady, her special friend and stevie were all pretty happy to get home, where they were still working on unpacking after their move.  and teddy, who seems to be more of a homebody than a world traveler, was obviously relieved to be back in his comfort zone. 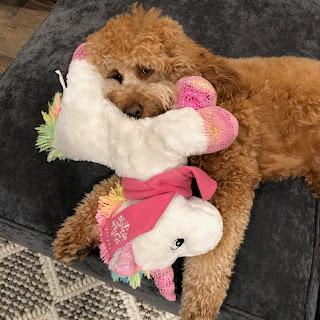 although while the rest of us were taking a nice nap, he managed to sneak away and find a new chew toy - also known as the hub's newest hat that he'd just picked up at one of the breweries we'd visited.  oops. 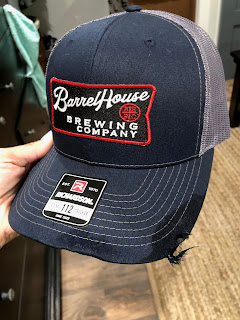 i told the hub that it looked like it was intentional.  "it's distressed!  that's totally the thing," i said.  i don't think he bought it, but he wears it anyway.

and that concludes the recaps of this year's summer family vacation, the covid edition.
at August 20, 2020