after a two-year absence, the l.a. county fair finally returned this spring with a move from their usual run during the month of september.  i was pretty excited at that announcement because while i adore the month of september since that's birthday princess month, it's also one of the warmest times of year.  we're usually sweltering while walking around the fairgrounds, so it was a welcome change - and apparently, a permanent one.

i'd submitted an entry form to turn in cookies for the annual baking competition, although by the time the turn-in date rolled around i wasn't really feeling it.  but the old lady encouraged me to get off my ass and bake the half-dozen cookies, especially since i had the new buttercream frosting to test out.  not to mention, i was still hoping to get my hands on that pink fourth place ribbon.  and so i busted out the cookies and used the old lady's suggestion of barnyard animals as the theme.  it also happens to be the 100th anniversary of the fair, so i incorporated that into a couple of the cookies as well. 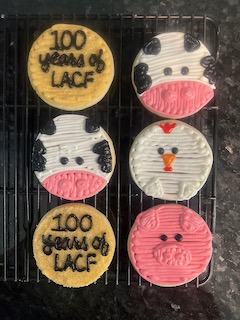 we actually hadn't planned on going to the fair over opening weekend.  but since we found ourselves with no other plans, we decided to go ahead and hop into an uber and head over to check things out.  besides, i'm always chomping at the bit to see how my cookies fared, so i wasn't mad about it.  our uber driver must've been new because he was super confused about where to drop us off, but we eventually made it. 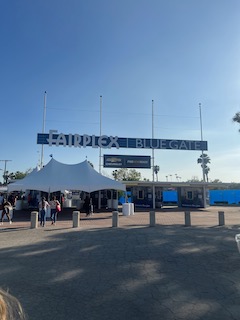 and because we were all hungry, we stopped for food first.  i'm convinced that they were just torturing me, knowing that i was dying to get to the culinary competitions building ASAP, but hunger won out.  and because you always eat lots of terrible-for-you food at the fair, i went with the bacon-wrapped drumsticks. they're just so good. 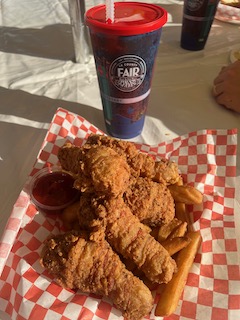 now that everyone had full bellies, they finally decided to put me out of my misery and headed off to find my cookies.  and... 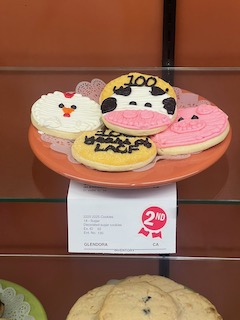 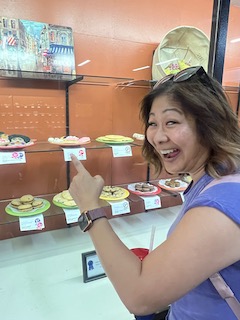 i mean...i'm never going to complain about winning second place.  especially after my last experience of not placing at all (which i'm still convinced is because i'd done copyrighted characters like a dumb ass).  and as we walked around, checking out all of the other submissions, we realized that fourth place didn't seem to be a thing this year.  they were only displaying the top three in each category, and so my quest for that pink ribbon will continue on.

we wandered around and came across the budweiser clydesdale horses. 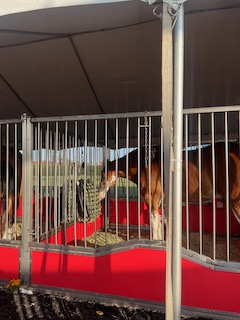 heading into the farm area, the bean was super excited to find the kiosk that sells fresh chocolate milk. 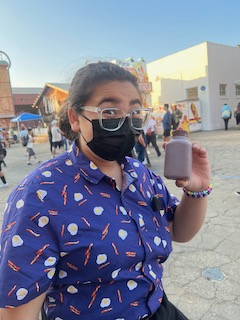 and then we walked into one of the show buildings and found that we'd just missed a baby sheep being born.  like, literally just missed it by a few minutes. 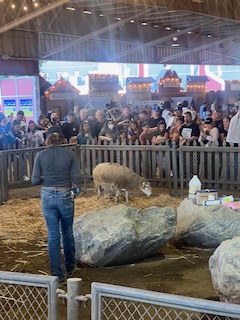 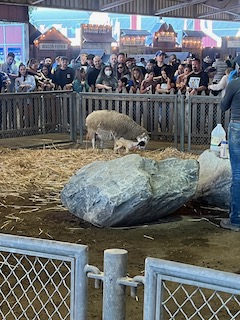 she was actually still in labor, waiting for a second to be born.  and as we looked around, we learned that all of the other ewes in that pen were also pregnant.  they were all standing at the far end, watching intently. 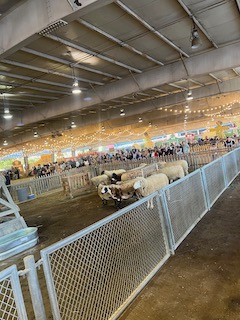 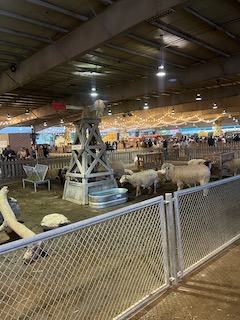 we waited to see if we could watch the birth of the second lamb, but it wasn't happening just yet. and when we couldn't wait any more, we wandered off and found the bean's favorite stand...the one that serves up freshly baked chocolate chip cookies.  they look forward to stopping there every year. 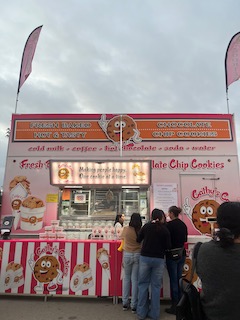 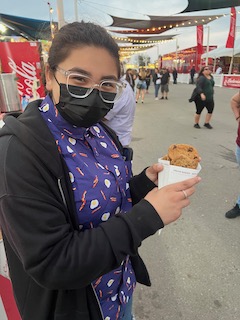 and let's face it...the rest of us rather enjoy that stop too. 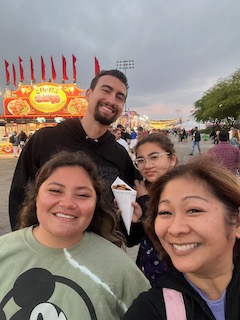 by then, the sun had gone down and it was starting to get darker outside.  it was a really nice evening. 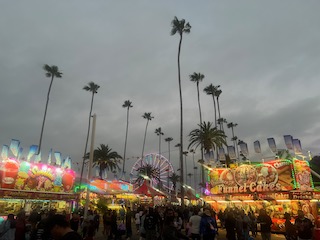 it's not a trip to the fair without at least one silly photo op. 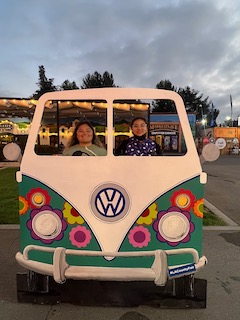 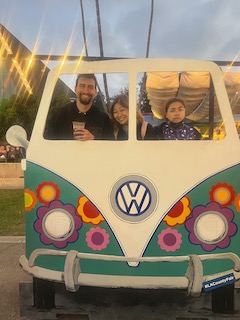 our other favorite thing to do is to walk through all of the shopping buildings to see what kind of fun stuff there is to buy.  unfortunately, this year was pretty disappointing as the buildings were barely half full of vendors.  i'm not sure if that's covid-related, or if maybe it was because of the date change.  i think most of those vendors travel from fair to fair, and maybe a lot of them already had prior engagements at other locations.  either way, it was kind of sad to see so many empty booths...and a little creepy in some cases, like here: 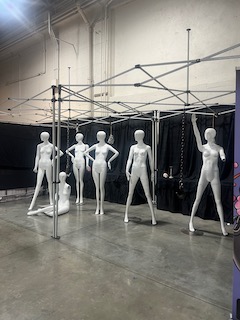 we did make our way through the giant candy maze, picking up a few treats along the way. 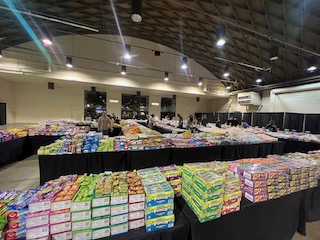 the last thing that evening was, of course, the footsie wootsie machines.  i'd made sure to get a handful of quarters so that everyone could enjoy at least two turns each. 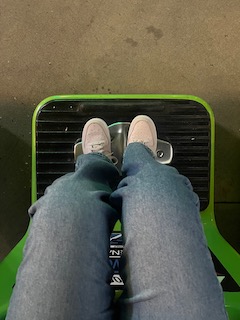 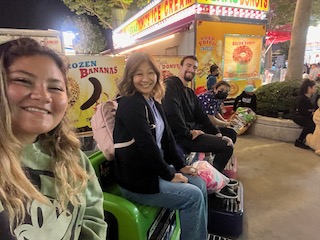 we'd bought season passes for the fair like we've done the last couple of years, so we knew we'd be back at least a couple more times until this year's run was over.  it wasn't exactly the same, but we'd still had fun and next time we'd have the hub with us to complete the group.