dance party at the fair

our second trip to the l.a. county fair this year was for a different reason - this time, to watch the bean perform with their dance team on one of the many stages on the fairgrounds.  we got there early and got to use a back entrance so that we would be right by the plaza stage: 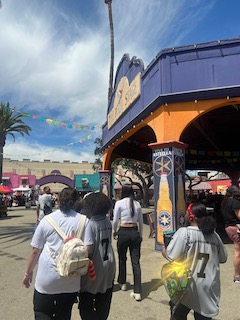 with the giant king taco mascot on the roof, it was easy to explain where we were to the old lady and the old man. 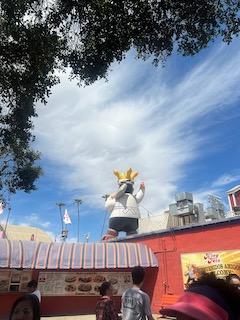 the dance group that performed before the bean's team was huge, with probably 15 different dances and a crapton of friends and family that took up every seat in the audience.  once they were done the place was cleaned out, making it super easy to find a good seat. 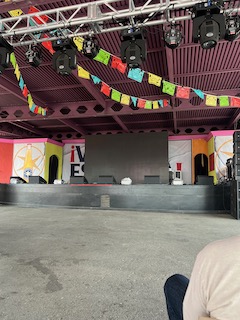 i'm not allowed to post video, but i did get clearance for one still photo that i took while the bean was in the groove during their solo section.  i really do love watching my kid perform on stage. 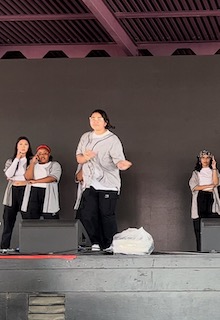 afterwards, the old lady and the old man bid us farewell and headed off to meet up with friends while the three of us decided to walk through the rest of the fair.  the hub wanted to do fun stuff with the bean, and we bought ride tickets and did this first: 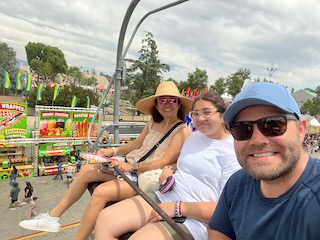 while my fairly recently acquired fear of heights had my anxiety going a little, i just tried to concentrate on the cool views of the fairgrounds below us. 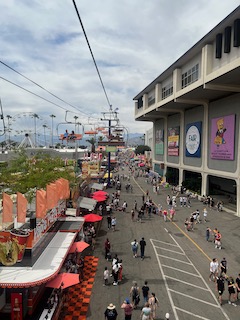 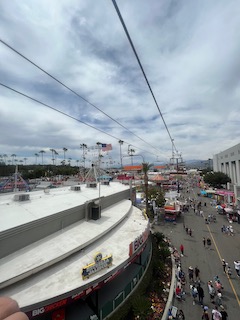 of course, we hit up the bean's favorite kiosk for freshly baked chocolate chip cookies.  i promise they really enjoyed them despite the looks on their faces here. 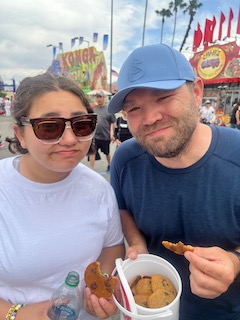 i was really sad to find that one of my favorite fair-exclusive treats is apparently no longer available.  i used to love to come to the hot dog on a stick kiosks to pick up deep-fried cream cheese, served with a sweet chili sauce.  sounds really weird, i know, but it was SO GOOD. 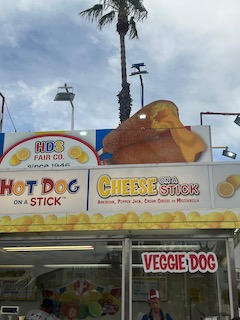 true to his word, the hub took the bean into a fun house, down the super slide and played a handful of games. 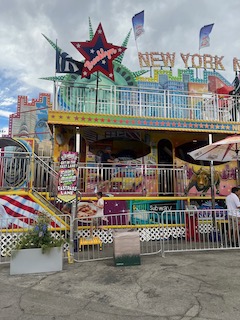 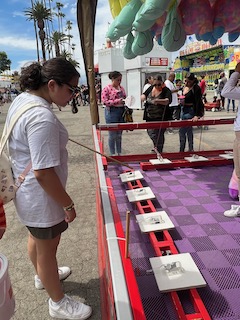 our final stop was in the barn to see some of the animals: 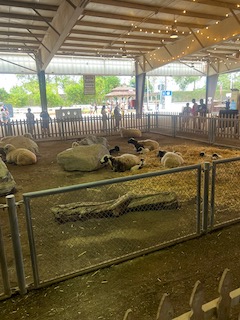 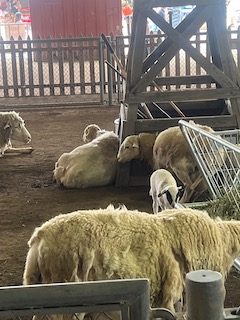 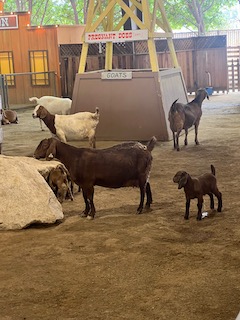 and by then it was getting hot and crowded, so we made a quick exit out the back.  the hub isn't a huge fan of the fair anyway, so he'd filled his quota for the year.  usually he goes just once with us to see how my cookies fared in the contest, eat a few bad-for-you things and split.  at least this year, with the bean's performance, he had an extra added incentive to come.

Email ThisBlogThis!Share to TwitterShare to FacebookShare to Pinterest
Labels: going to the fair, the bean is a dancer