when i realized that i had one more chance for a solo disneyland visit before the end of the school year, i took it.  and so, like before, as soon as i dropped the bean off in the morning i made my way down to anaheim to enjoy a few hours of disney magic.  this time, my reservation was at california adventure: 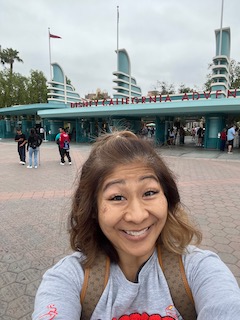 because it was so early, the line for soarin' was really short.  i'm talking 10 minutes here, which you pretty much never see as the day goes on.  and so that was my first ride of the day. 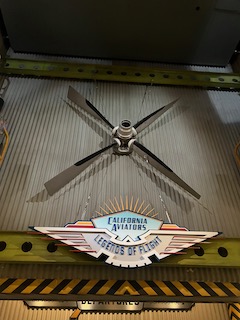 i always wave to the polar bears, fully realizing that i probably look like a lunatic.  don't care. 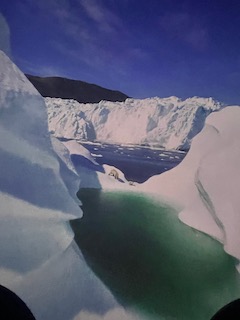 as soon as i got back outside, i opened the disneyland app and placed a mobile order for breakfast and then took the long way around to kill some time until my pickup window opened. 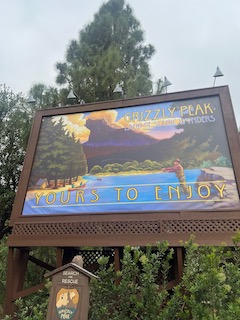 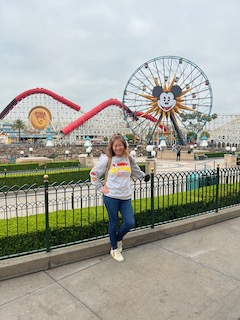 i even had time to pick up coffee from the cappuccino cart. 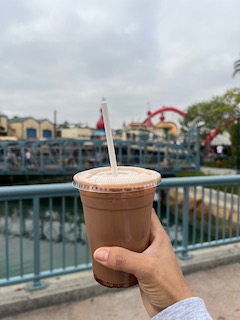 my new favorite breakfast is from the pym test kitchen.  the gimmick here is that the food comes in crazy sizes, like giant pretzels or tiny eggs...which is why i love it so much.  because isn't everything extra fun when it's either oversized or miniature? 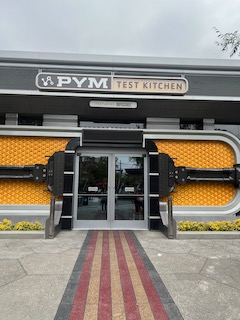 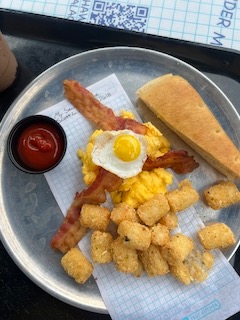 i even managed to score a sweet table under an umbrella with a perfect view of the live-action marvel show right outside. 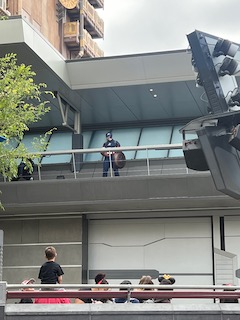 from there, i headed over to the super-popular webslingers attraction.  they have a single rider line, so i got to skip the already-crazy-long line and was inside the building in no time. 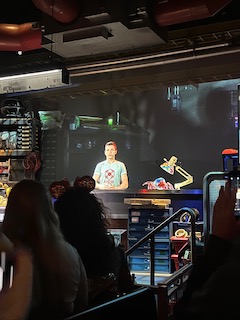 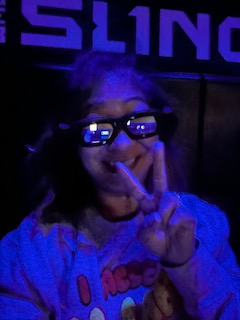 yes, i took an embarrassing amount of stupid selfies.  what else is new?
i caught a glimpse of thor before leaving avengers campus, surrounded by lots of adoring fans (not including me, because if it ain't chris hemsworth it ain't happening). 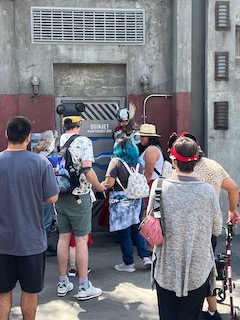 next i hit up the single rider line at radiator springs racers, because why not?  and it's right outside avengers campus, so it was just what came naturally. 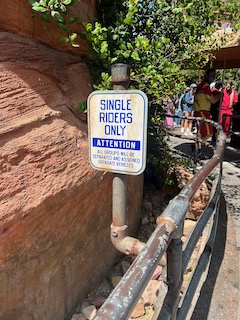 while i was in line, i caught a glimpse of a familiar face in the crowd and tried to get her attention to no avail.  instead, i snapped this to send her (which probably makes me look like a total creeper, but oh well): 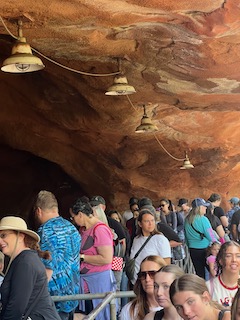 the ride was a blast, as always. 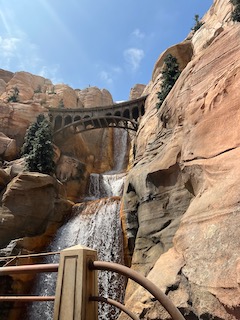 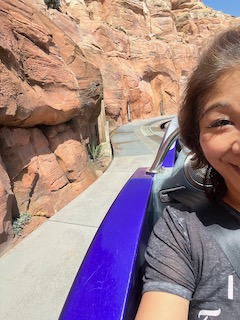 and then as i started to make my way through cars land i spotted my friend waiting for the rest of her family to join her after the ride.  i hadn't seen ashley in - oh, i can't even tell you! - and it was really fun to catch up with her and chat a bit. 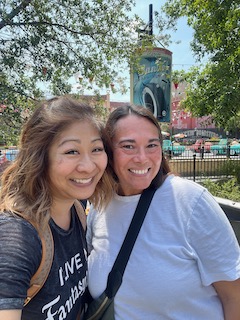 incredicoaster also has a single rider line, so that came next. 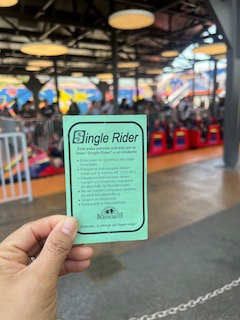 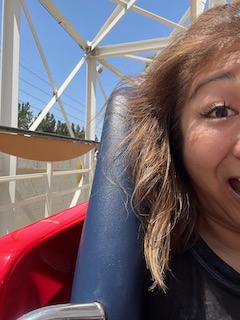 and so does goofy's sky school: 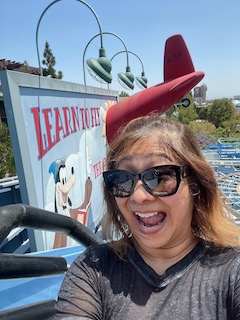 i browsed through the shops, stopping to try this captain america jacket on: 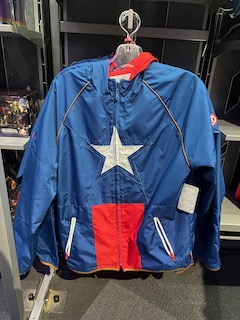 but made the (very wise) decision that not only did i not need yet another jacket, but that it really wasn't very flattering.  and so i put it back on the rack and went back out to grab some popcorn to snack on during my drive home.
another successful solo disney day, check! 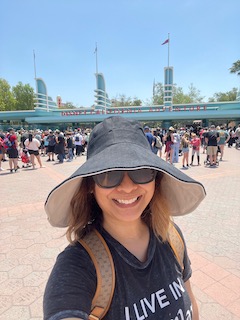