also this summer, our teddy turned 3!  i made him a little hat out of a piece of cardstock and a bit of elastic thread.  he...wasn't super happy about it. 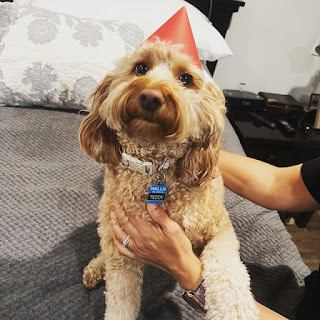 although his mood brightened considerably when i showed him the cupcake i'd picked up just for the occasion. 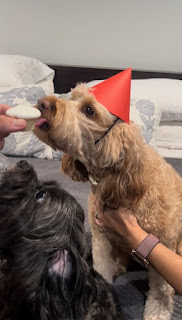 (don't worry, we had one for cocoa too)

and he ate it very delicately, like a true gentleman. 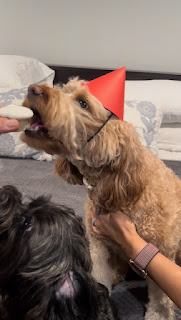 but in even more doggy news, the old lady and the old man became a family of four!  they adopted this adorable little nugget - only 8 weeks old with giant paws that give us an idea of how big she's going to be. presenting stevie's new little sister, june: 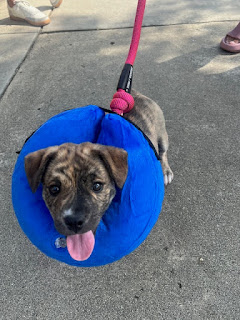 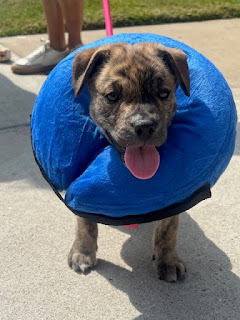 despite june's young age, the shelter had already had her spayed - hence the reason for the neck pillow, to keep her from licking the stitches. 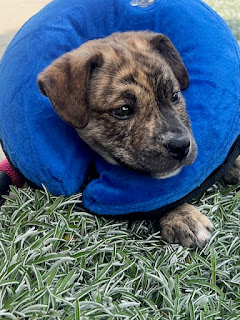 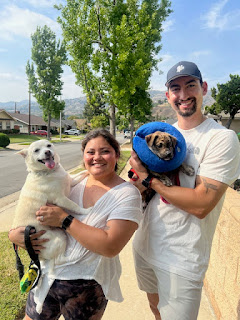 adorable.  well, for sure once she passes the nippy/bitey/potty training stage.  you know how that goes.