i'd heard that a BTS-themed pop-up was going up somewhere in l.a. to commemorate the release of their newest album - the one that had been announced at the end of the last concert we saw in vegas.  and even though i tried really hard to stay on top of it, i still managed to miss the announcement and ticket release...by, like a day or two.  and of course, by the time i found the website all the (free) tickets were completely sold out.  ugh.  the site said that they would allow walk-ups on a limited basis, but i was pretty sure those lines would be crazy long and i'm just too old for that shit anymore.

i kept an eye on it though, hoping that they would release more tickets, and about a week after the album was officially released i finally scored.  i secured enough for the two of us plus lilcee, and we headed out to the west side together on a saturday morning. 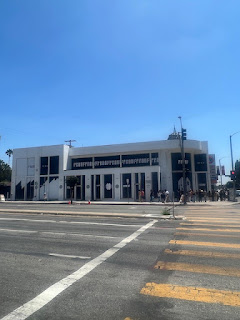 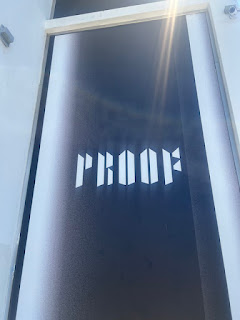 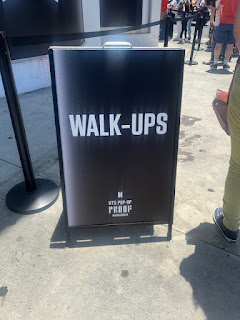 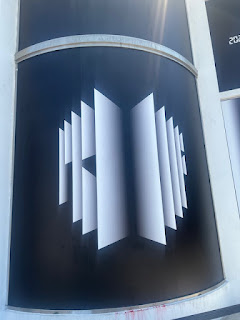 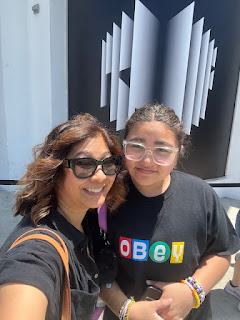 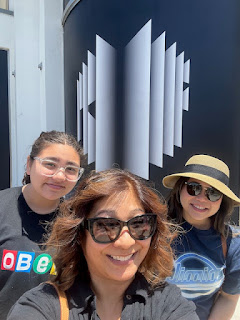 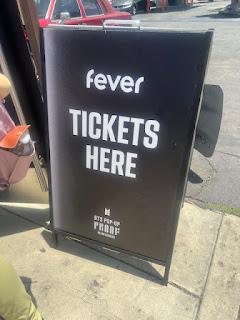 the line was pretty short when we got there, and we chatted with a couple of girls who had driven down from sacramento just for this event.  we were inside in no time, and found ourselves in a darkened room bathed in purple light with mannequins modeling band merchandise. 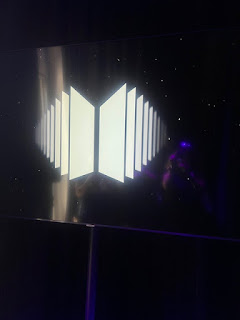 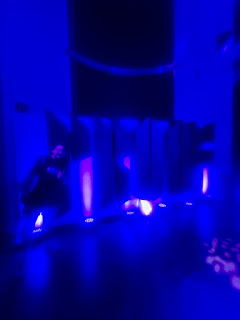 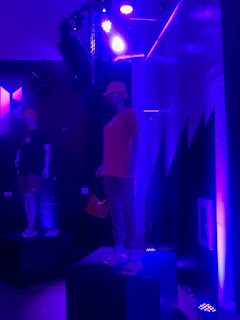 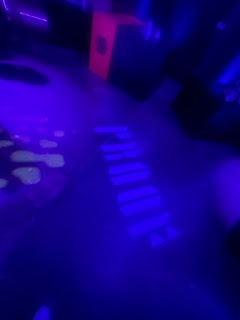 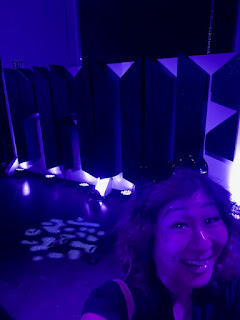 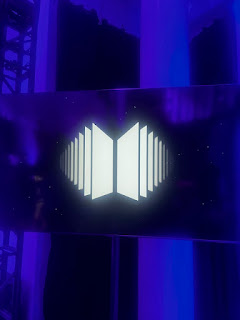 it took a few minutes to make our way through that room and into the next one, where there were stations set up with sharpies and post-its to leave notes for the band. 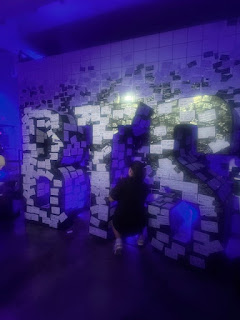 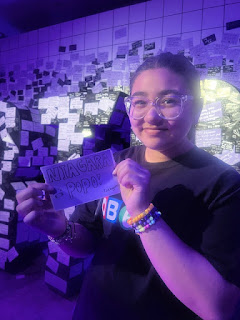 i was really glad we hadn't come earlier and waited in the standby line for this, because there really wasn't much to it.  and of course, it basically turned out to be an overhyped merchandise sale because this is what we were standing in line for: 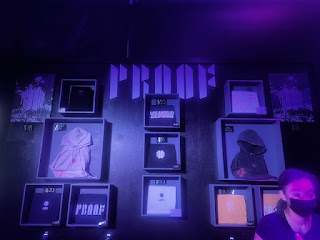 but did they get us?  of course they did, and we picked out stuff to take home, including a gift for one of the bean's fellow BTS-loving friends who was having a birthday celebration the following weekend.

and since we were in the area, we went ahead and rounded out our afternoon with a stop at the line friends store in hollywood to check out the newest BT21 gear. 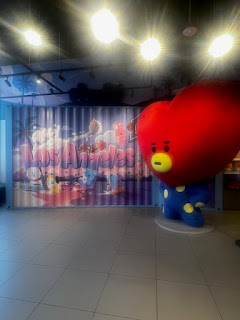 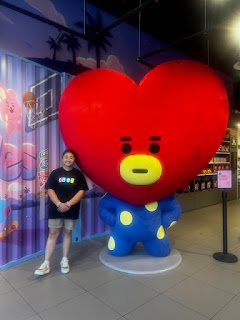 i guess it was a good thing that we didn't know what to expect from the pop-up, because that way we weren't too disappointed that it wasn't more exciting.  didn't matter though, because we still had fun and got to spend some time with our friend.  it's always a good time with lilcee.

Email ThisBlogThis!Share to TwitterShare to FacebookShare to Pinterest
Labels: BTS