bonding with the bestie

the bean's very best friend from elementary school changed schools when they got into junior high.  they'd really missed each other over the last three years, and we tried to get together with them as often as possible (which, of course, was further complicated by the dang pandemic).  and so they were completely over the moon when they were both accepted into their top pick for high school because that meant that they'd be reunited for at least four more years.

we were stoked when bestie's mom, the doctor, managed to score us tickets for their graduation ceremony.  they had come to support the bean and their other classmates at our celebration, and so we were happy to be able to reciprocate. 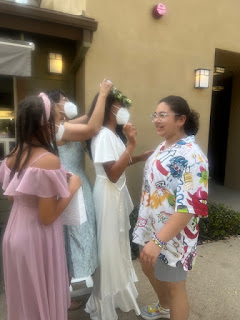 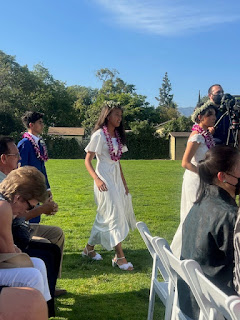 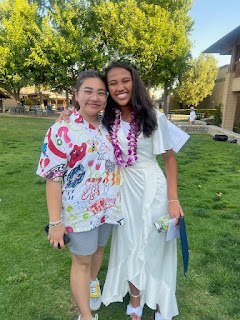 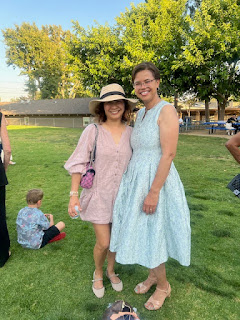 and then a couple of weeks later, they got another chance to spend some time together when we found ourselves with an extra ticket for the bean's year-end cheer banquet.  it was a little bittersweet because we knew this would be the very last year of cheer for the bean.  high school is going to be challenging enough as it is, and i already knew that the schedule wouldn't allow for the extra days we'd become accustomed to taking off for traveling to competitions.

at least we got to end their cheer career in style though, with an extra lavish gatsby-themed banquet aboard a yacht that cruised around the harbor in marina del rey. 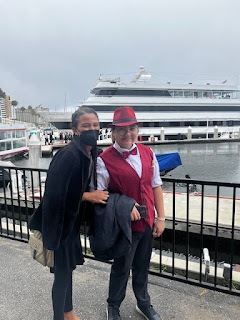 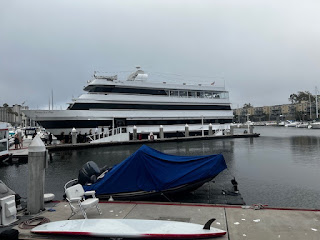 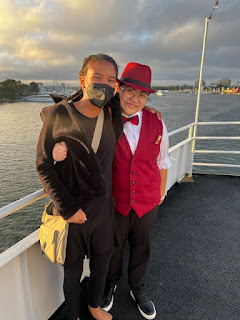 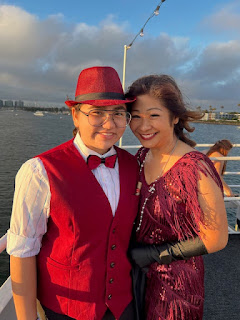 despite their relief at knowing there would be no more practices and competitions, i knew the bean was a little sad to say goodbye to friends they'd made on the team over the years. 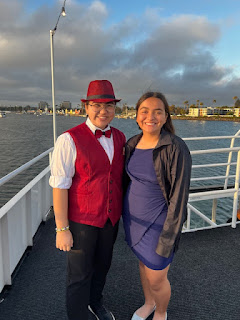 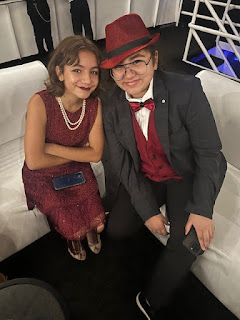 ah, well.  one chapter closes and another one begins, amirite?