so while i'm not really much of a fan these days, i did go through a country music phase back in the early 2000s.  kinda weird, right?  anyway, that's when i became a huge fan of the dixie chicks (now known simply as "the chicks") - three badass women who write a lot of their own songs and play an assload of different instruments and have weathered some crazy ass storms, both personal and professional.  i've managed to see them live every time they're in town, but when tickets went on sale for their 2022 tour i thought for sure my streak was over.  the hub had zero interest in going, and i knew no one else who might want to come with me.

i did concoct a plan in my head that i held off on proposing to the hub until their stop at the greek theater in l.a. got a little closer.  i could buy just one ticket, make a reservation for him to visit a swanky local cigar club he'd been wanting to check out for ages, and he could drop me off for the show while he relaxed with a cigar nearby.  it sounded like a perfect plan, and when i finally pitched it he seemed a little taken aback at the idea of me going to a concert alone but didn't shoot the idea down.

and then when the show was just a couple of days away, he broke down and said "i'm gonna go with you, it'll be fun!"  woo-hoo!  he even took over the process of buying the tickets and securing a parking pass and everything, which meant that we got to park really close to the venue and use the VIP entrance, with practically no line for the security check:

they were serving themed wine at the bars, named after the chicks' newest album. 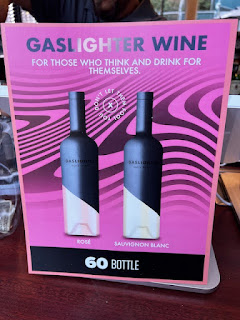 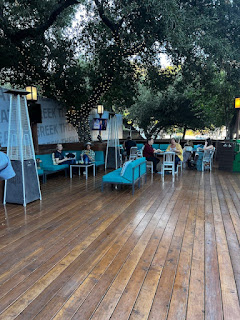 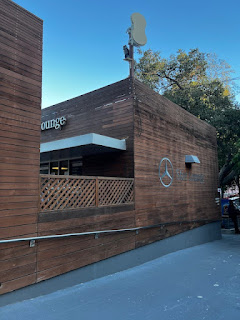 we ended up grabbing food at one of the kiosks and sharing a table with a nice couple next to the merchandise tent. 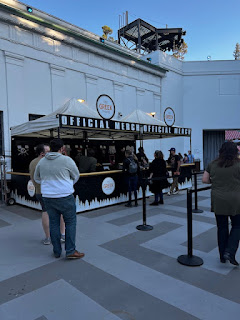 i hadn't been to the greek theater since i went with my aunt and a friend to see whitney houston...in the year of our lord 1986.  heh.  and so i was very pleasantly surprised to note that the theater is smaller than the hollywood bowl, which meant that every seat had a great view of the stage.  and the hub had treated us to some really, really good seats.  this was our view, and that's without zooming in: 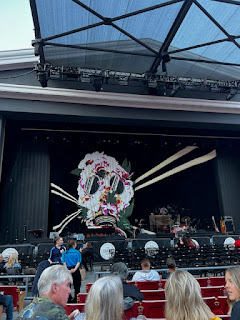 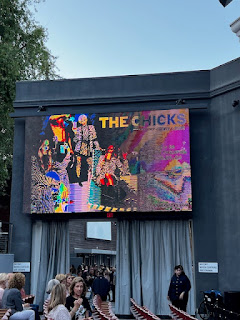 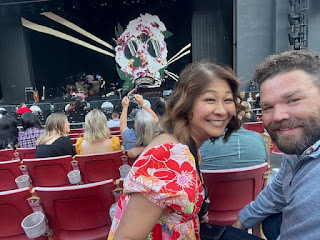 there were even cup holders at every seat, which came in really handy: 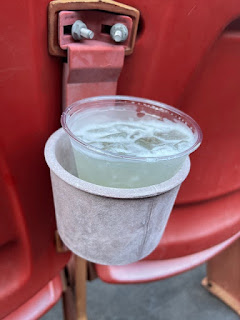 jenny lewis was the opening act.  i'd not heard of her before, but we enjoyed her set anyway.

and not too long after she finished, the chicks took the stage.  i was SO EXCITED.  look how close we were! 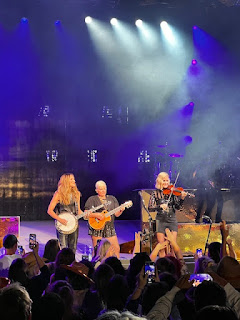 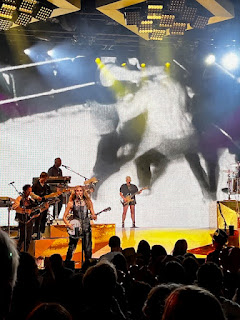 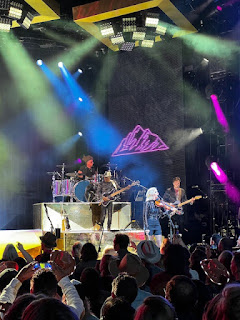 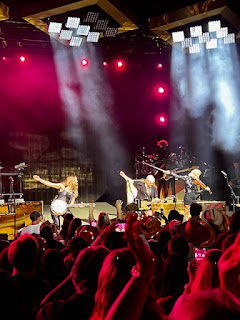 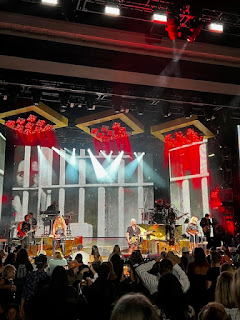 during this segment, they brought out a young fan plucked from the audience to roll a huge die that would determine which of these songs they played next (truth #2 won). 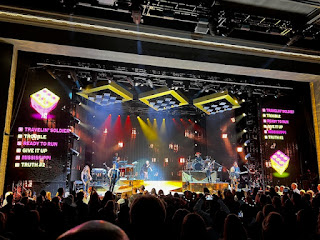 natalie's son slade was part of the band for this tour, and so was martie's daughter eva. 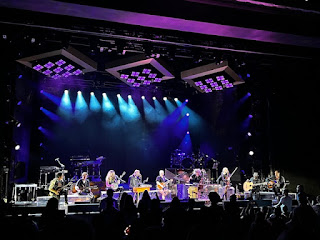 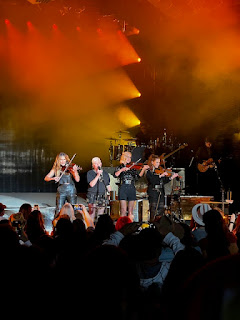 and then all too soon, it was over.  unlike the last time we saw them, we didn't have a meet & greet after the show and so this was the last we got to see of the chicks for this tour: 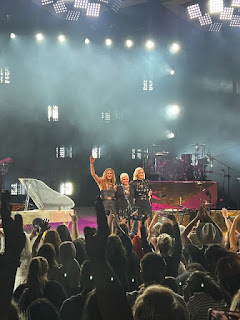 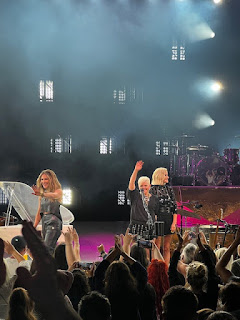 we made one last stop before heading home for the night - at a late-night taco stand.  yum. 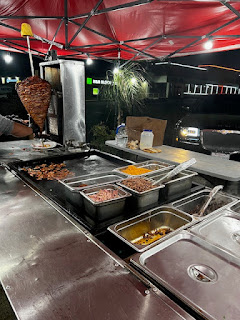 yup.  that was one great date night.