caught in the webb again

like last year, the bean and their BFF registered for a 10-day sleepaway summer camp at the webb schools, a local boarding school.  the day before they were scheduled to check in, we squeezed in a disneyland day together.  well - more like, i took a solo day while the two of them roamed around the parks together.

knowing that i had a LOT of time to burn it off, i scored myself a spot at the bar at lamplight lounge.  i sat there and enjoyed a leisurely lunch, munching on an order of lobster nachos and indulging in a couple of specialty cocktails. 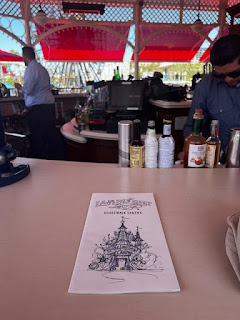 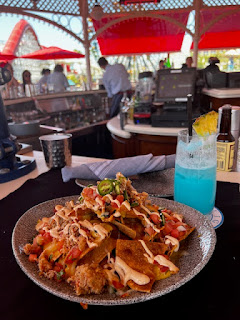 i was entertained the whole time by the bartenders who bickered and bantered back and forth while making sure my glass was never empty.  and even when i was ready to leave, they mixed one last drink for me and poured it into a plastic to-go cup that i was allowed to take with me as i headed back out into the park. 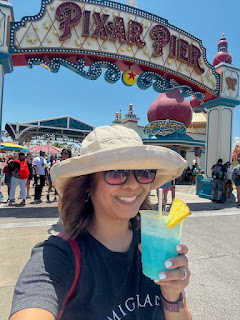 i took advantage of the single rider lines at all of the rides that offered them - incredicoaster, goofy's sky school, webslingers, even grizzly river run.  that one isn't my favorite for riding solo, though, because the raft holds up to 8 people and joining a group or family is super awkward.  eventually i made my way across the esplanade into disneyland, where i grabbed a seat in the fantasyland theater for the new lion king-themed live show and ran into a friend along the way: 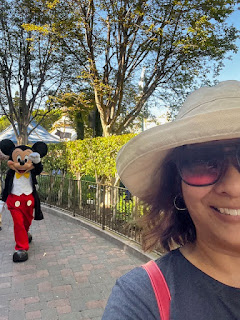 i was supposed to meet up with the kids for fireworks, but they ended up stuck in a long line for a ride through the whole show.  i caught a glimpse of the main street electrical parade by "it's a small world," where i also had a great view of the projection show that played in conjunction with the fireworks. 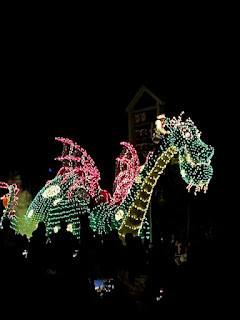 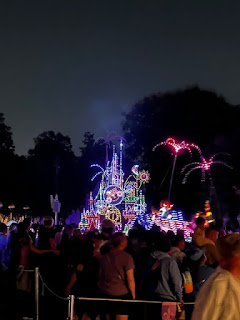 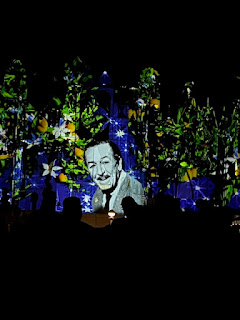 the next day, the bean and i packed their luggage into the car and drove over to webb, where they took the required covid test and then reunited with BFF in the room they were to share for the duration of camp. 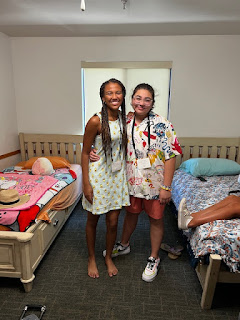 i helped them unpack and get settled, and then we headed down to grab some lunch before saying goodbye. 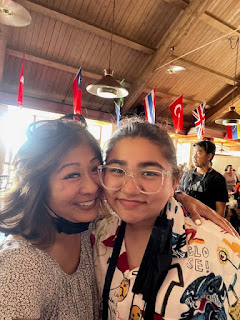 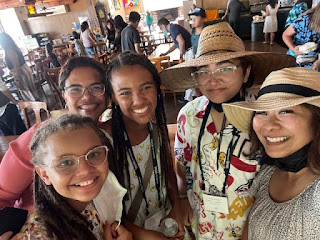