the bean and i scheduled a fun mommy & me day at california adventure, which is always a good time. 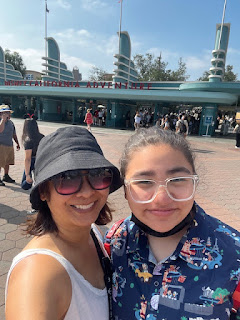 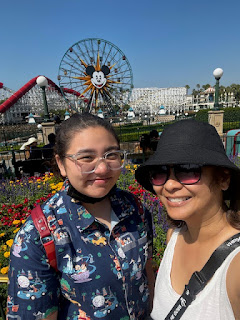 we were there early enough to grab breakfast at pym test kitchen, which always makes me happy because i love those stupid little tiny eggs. 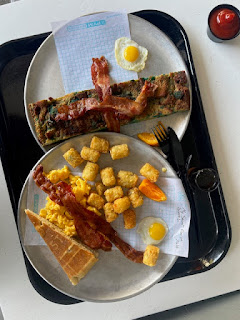 i'd told the bean that i was gonna let them plan out our day and i wouldn't argue any of their choices, and they took advantage of the opportunity to drag me onto the pixar pal-a-round.  this would have been perfectly fine if we'd ridden in one of the stationary gondolas...but no.  i got dragged into one of the swinging ones, but at least i managed not to barf and even got a picture of the great view from the top. 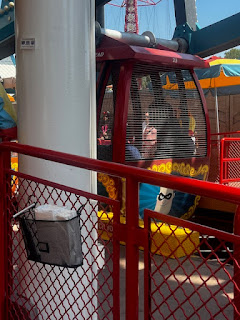 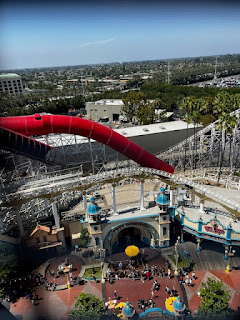 to make matters worse, when we got off of that death wheel i got steered towards the silly symphony swings - the other ride in this park that i typically avoid like the plague.  i used to love this ride, but nowadays it just makes me anxious because i somehow have developed a bit of a fear of heights.  but i sucked it up and rode the damn thing anyway because i promised i wouldn't say no, and i'm a woman of my word. 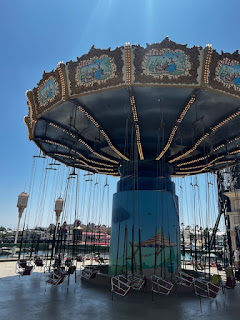 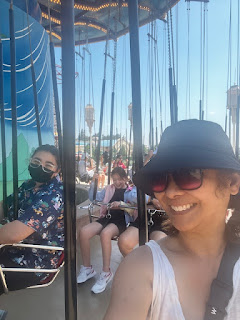 i'll go ahead and admit that i didn't totally hate this as much as the swinging gondola, but i still wouldn't necessarily volunteer to go again.

as a little bit of payback, i headed right over to the jumpin' jellyfish line.  the bean doesn't necessarily dislike this ride, but it's definitely not a favorite.  (not) sorry 'bout it. 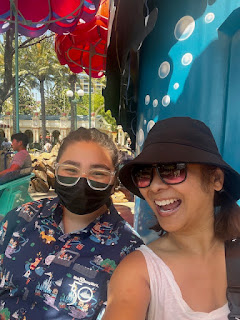 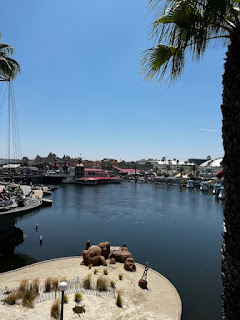 as we headed into hollywood land, the doors for the disney junior stage show happened to be open as they were seating for the next show.  i have fond memories of taking the bean to see this show when they were really little, so i thought it was pretty funny that they were willing to watch it again now that they're a super cool teenager. 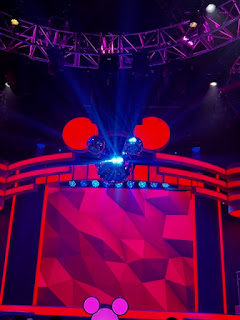 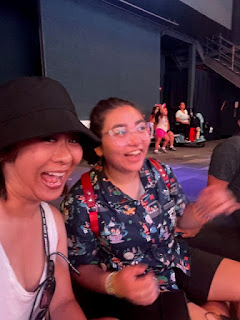 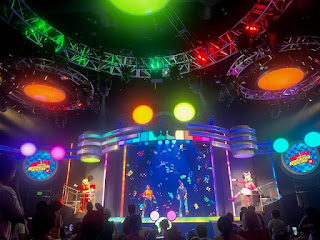 of course, as soon as the show was over we made a beeline for the animation academy building, right next door. 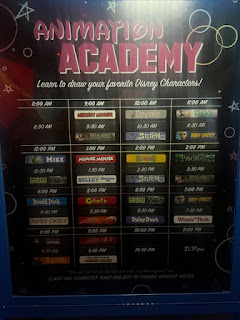 we did a couple of drawing sessions: 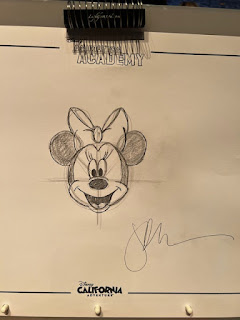 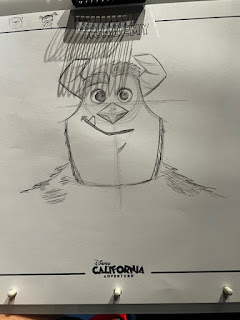 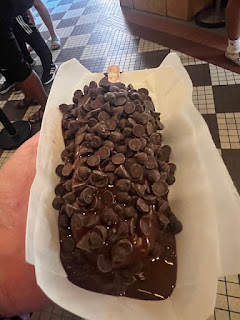 and then caught the tram back to the parking structure to hop in the car and make our way home. 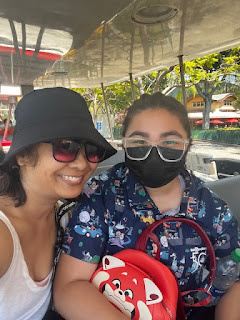 it's good to be magic keyholders.