a whole week of dates

the hub and i actually got to enjoy a nice handful of date afternoons/nights together while the bean was away at camp.  one day, we headed out west on an errand and decided to see what we could find for lunch at the bloc in downtown l.a. 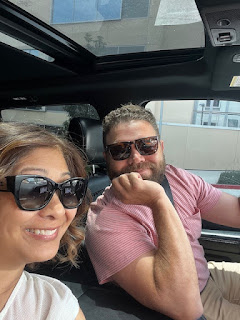 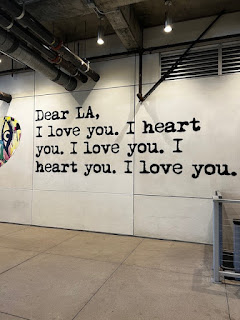 we ended up at hatch, where we shared a bunch of japanese small plates: 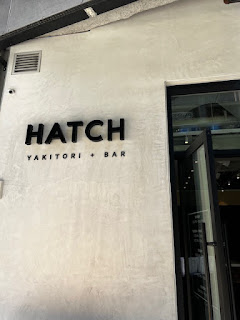 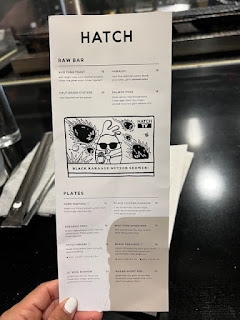 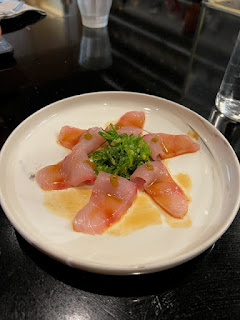 another day took us in a different direction and we found ourselves down at the beach on another errand.  we ended up grabbing some breakfast at cafe wild, which was super cute and was pretty popular judging from the number of people who lined up behind us. 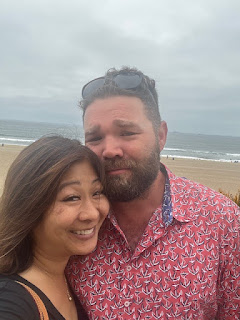 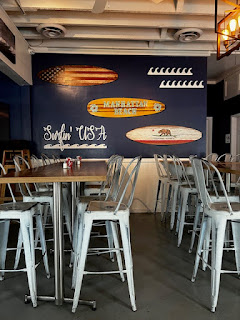 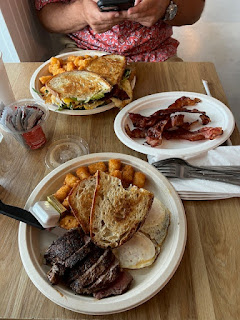 after our dodger game date, we headed to camphor in the arts district for a nice dinner - or, at least, as nice as you can get while in dodger gear.  i don't have pictures of the food because the lighting was terrible in there, but i don't think we were particularly overwhelmed by anything we ate.  either way, it was a lovely evening together. 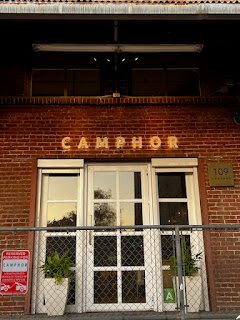 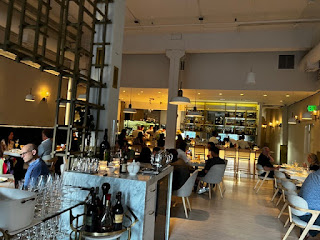 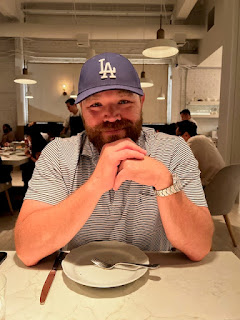 and we got to drive over the newly reopened 6th street bridge while we were out there. 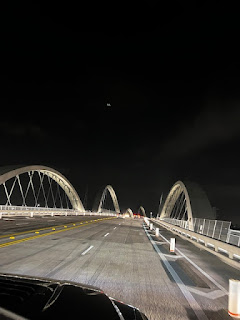 the night before we finally got to pick up the bean, we stayed local and hit up the meat cellar in claremont.  with no tables available without a reservation, we quite happily took seats at the bar. 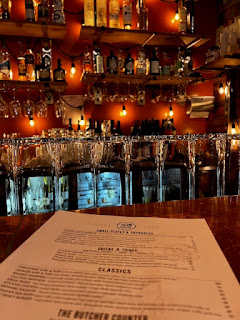 it only took one cocktail apiece for us to decide to go big and order the surf & turf platter, which was served with a flourish and caught the attention of damn near every diner in the place. 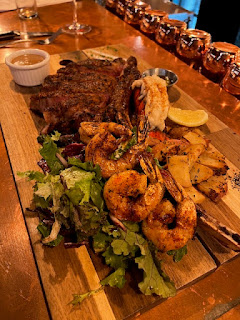 there was a giant ribeye steak, a lobster tail, grilled shrimp, plus potatoes and salad and asparagus.  it was pretty much my dream dinner, served up on a huge wooden plank.  so. good.

and that concluded date night week 2022!