i think i've mentioned before that i was a huge duran duran fan back in the day, although i didn't get to see them live for the first time until fairly recently.  they still put out new music pretty regularly, and like most artists that typically means a new tour.  i got to see them a second time a few years ago out in palm springs too, and simon & co. still look and sounded as amazing as ever.
they announced another tour earlier this year, with a three-night stop at the hollywood bowl scheduled for early september.  cousin seven had sent out save-the-dates for their destination wedding in portugal, scheduled during the same week.  and since we were really hoping that we'd be able to make the trip out, i didn't bother to try and snag tickets for any of the shows.
as it turned out, we weren't able to swing the trip after all, which was a huge bummer.  we really wanted to be there for seven and her new mr., but because of a handful of reasons it was not to be.  i've seen a few pictures from the big event, and it was beautiful and i definitely suffered from a huge case of FOMO while it was all happening.
anyway, i'd been seeing a pretty good number of people posting from the first night of the duran duran concert...mostly because it happened to go on at the very same time as one of those super rare southern california rainstorms.  durannies are pretty die-hard fans though, and water falling from the sky failed to dampen their spirits and enthusiasm.  it looked like a really good show, and that FOMO started kicking in. i think i must have been looking at posts right before i fell asleep, because i woke up the next morning and the first thing i did was check online to see if there were seats still available for that night's performance (of course, there were).
the hub is not a fan, and i'd just dragged him to see the chicks a few weeks prior.  and i knew i had several friends who would likely be interested in coming, as long as they didn't already have plans.  i sent out a few texts, and about an hour later i was good to go - with lilcee and dailygluttony.  woohoo!
the easiest way to do the bowl is to take one of their park and ride shuttles, and since we were going last minute presale tickets were no longer available.  and so we just planned to get there super early with cash in hand and buy food at the bowl instead of coordinating a picnic like we usually do.
while there was a pretty long line already when we arrived - a full half hour before the first bus was scheduled to depart - it was still a pretty easy process to secure our seats.  we did get stuck sitting on a school bus vs. a larger, more comfy charter bus, but we were just happy to be on our way.  sweet view, right?  heh. 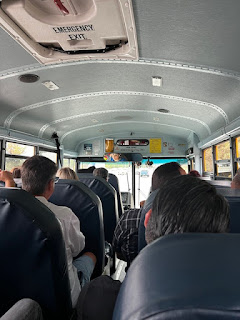 we were among the first few buses to arrive, but it was already pretty crowded at the entrance. 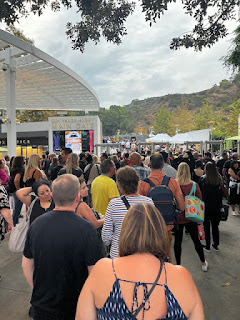 after picking up some burgers and fries from one of the concession stands, we made our way to our seats.  because of the last-minute-ness of this outing, we'd had to take what we could get and that meant spots in the bench seats instead of the more spacious boxes we've become accustomed to.  beggars can't be choosers, and all that.  still, we had a pretty good view from where we were. 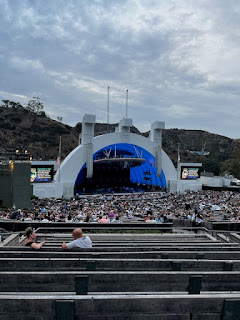 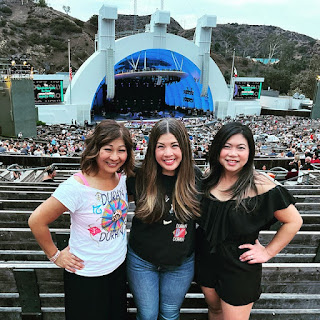 our opening act for the evening was kelis - you know, of "milkshake" fame.  she was entertaining, and i guess the connection is that she did a song with the band on one of their albums. 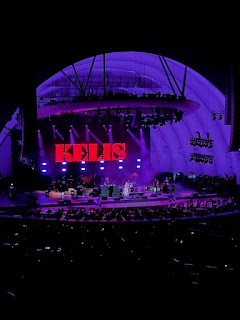 after the band made their grand entrance and got through a couple of songs, this flashed on the monitors: 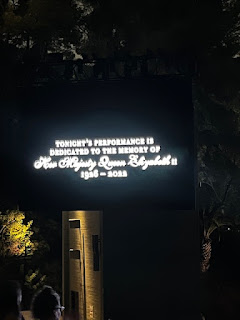 they looked and sounded as amazing as ever, performing a nice mix of old and new music. 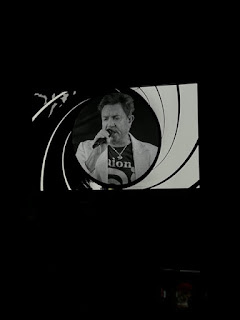 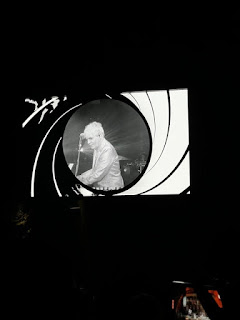 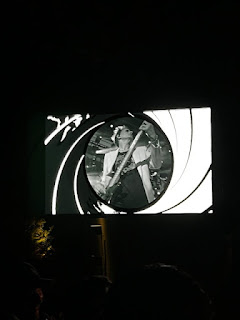 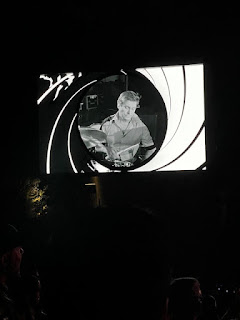 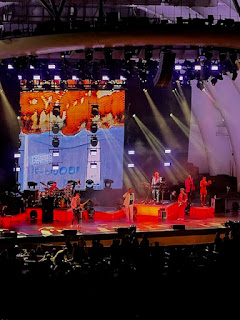 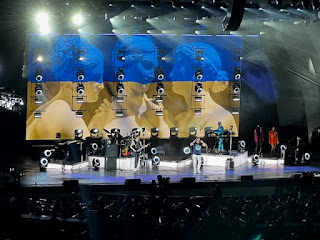 nile rodgers came out for one song. 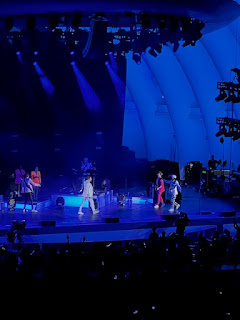 we got a really fun fireworks show for the finale. 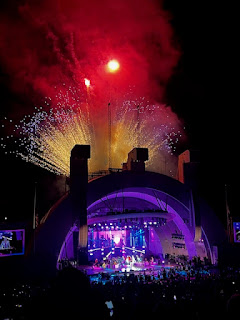 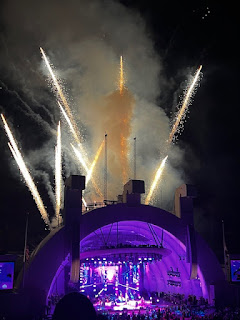 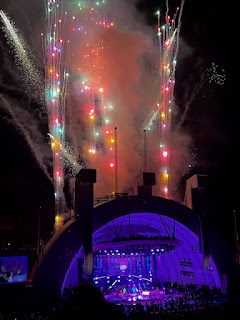 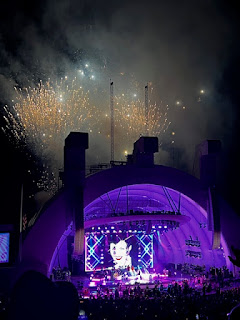 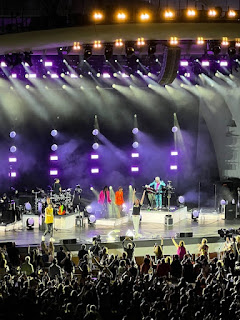 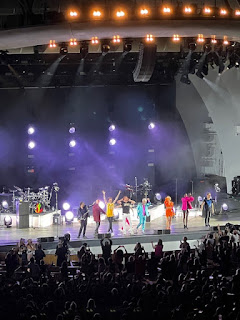 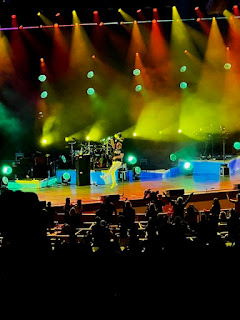 we made our way back down to the buses as quickly as we could, and i was back home before midnight.  such a great time, and i was really glad we'd gone - especially since it was my friends' first time seeing duran duran live.  nothing like a little spontaneity to shake up the weekend, amirite??
at October 31, 2022