when i was in middle school, duran duran was my LIFE.  like, i literally lived, breathed, ate, slept, dreamed duran duran 24/7.  oh man, those were the days.  yet i never did get to see them live...until now.

they announced one stop in the l.a. area at the hollywood bowl several months ago.  the catch?  the show was on the bean's birthday.  BAH.  but after a lot of thought and internal debate, i decided to go for it and anxiously awaited the day when tickets went on sale.  i managed to score a pair of fairly decent-looking seats, and then all i had to do was wait.

the old lady was originally slated to join me.  we knew she wouldn't be as into it as i was, but 1. the hollywood bowl is always a good time, and 2. she owes me for ALL THOSE DAMN JO-BROS SHOWS.  but then a handful of days away from the show, she found out that her special friend's work schedule allowed him to come out to visit and see the bean for her birthday.  while i really wanted to give her a lot of shit for flaking on me at the last minute, i realized that the hub and i could turn this into date night.  i wasn't sure that he'd want to go, because he's definitely not a duranie and i didn't think he'd want to bail on the bean's birthday, but i was pleasantly surprised when he rather enthusiastically agreed to come.

and so after the birthday girl had blown out the candles on her cake and headed out for dance and soccer, i got myself ready in the vintage tee i'd picked up online and we hopped into the car to head out to hollywood. 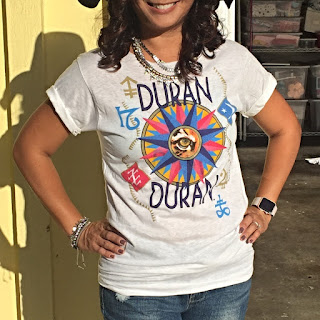 (yes, i know that's too many accessories.  the necklace came off before we left)

whenever the old lady and i do a show at the bowl, we always hit up the shuttle.  i'd actually bought tickets for it this time around too, but the hub was having none of that.  he'd experienced valet parking when he went to the bowl with some of his old man cigar friends last month, and since he was more than willing to drive, that's what we did.  we pulled up to a very crowded entrance, but as he asked the staffers to direct him towards the valet parking, the traffic faded away and we sailed right on through. 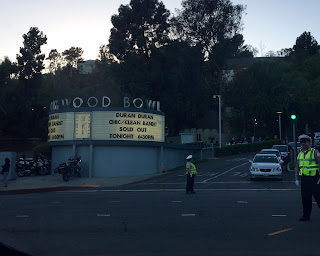 even better?  the entrance was completely empty - no lines, no waiting.  even security was easy, partly due to me not bringing a purse. 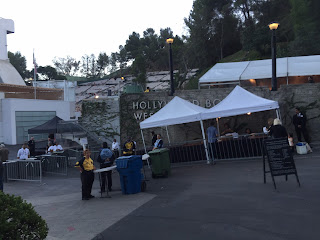 of course, we were on the opposite side of the venue from where we needed to go to pick up our dinner.  we'd ordered one of their picnic baskets for two, and so we made our way through the crowds to find our food. 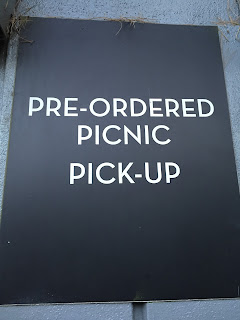 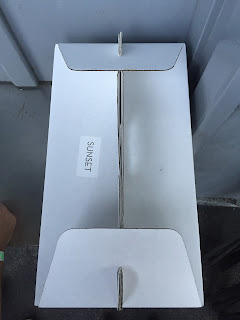 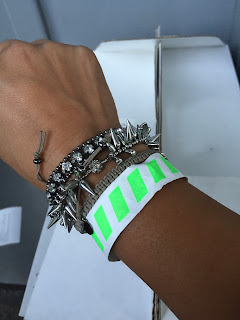 you know i never attend a concert without picking up some sort of merchandise.  today, it was one of the duran duran vintage tees. 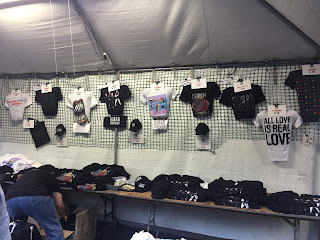 when we got to our seat, i got him to take our bowl selfie. 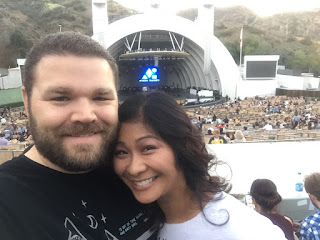 this was our view, without zooming in.  not too bad. 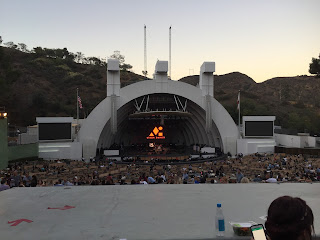 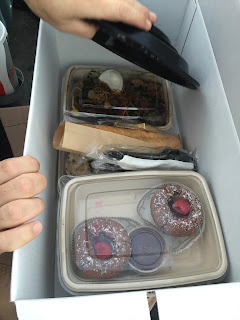 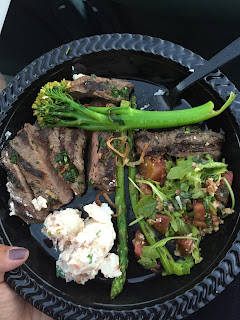 the durans had two opening acts - clean bandit, a newish band from the UK, and nile rodgers' chic.  we all got down with some deep disco, the music instantly transporting me back to my childhood, and  it was really fun. 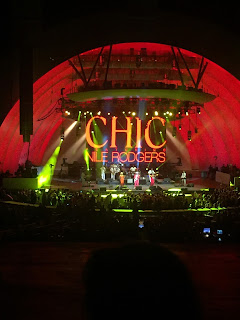 and then when duran duran took the stage, i could feel the biggest grin on my face that lasted from beginning to end.  i was a little surprised that they opened with "paper gods," off of their newest album that had just been released a couple of weeks ago.  you know, bands usually open with something familiar to get their audience all hyped up.  but it seemed to work for them, as tons of fans around me were singing along to every word.  i'm kind of a purist - only vintage duran tunes for me - but i enjoyed myself all the same.  and took a lot of blurry photos. 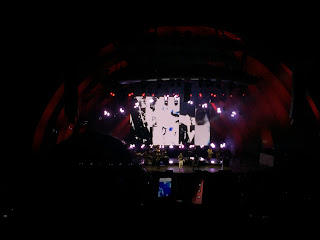 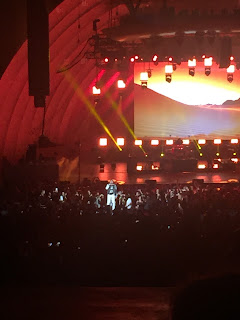 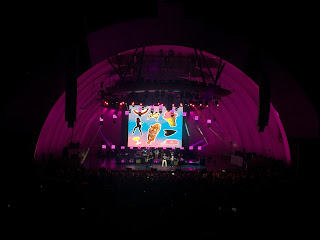 i'd already dazzled the hub with my vast knowledge of all things duran, including the names of all the original members, their wives' names and what their part was in the band.  i stopped short of rattling off birthdates, though, because his eyes were glazing over.  haha!  as i sang along to all the songs i knew, i'd glance over at him and he was just watching everyone with a super amused look on his face.

simon was always my favorite.  as the lead, we saw and heard him most of the time, and he still looks fantastic after all these years.  and when he asked the crowd "is anybody...hungry?" before launching into "hungry like the wolf," the entire audience swooned.  well, most of us did.  they played some of my favorites, like "view to a kill," "the reflex," "planet earth," "ordinary world," and a handful of newer tracks before ending with "girls on film." 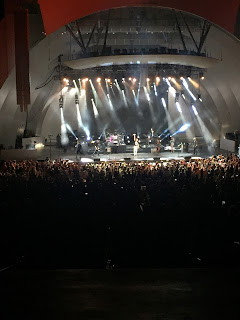 because of the bowl's strict curfew and simon's banter with the audience, they ended up being limited to just one song for the encore - "rio." 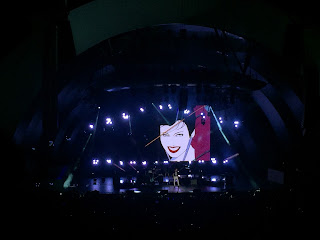 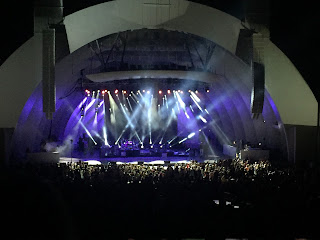 one last selfie on the way out: 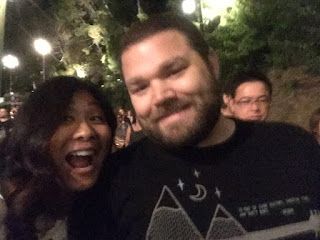 and then that's when the valet parking really paid off.  after a short wait for our car, we had a clear path right to the freeway - unlike those who'd parked in other lots and had to wait for the massive traffic to clear out.  we were home in no time, and i went to bed one happy camper.

i can't wait for them to come back to soCA.  i'm totally going again.  also, i've had various duran duran songs stuck in my head for days now.  not complaining one bit.
at October 06, 2015