with the bean at her saturday morning math and science class, the old lady and i headed out to unfamiliar territory for a fun 5K. 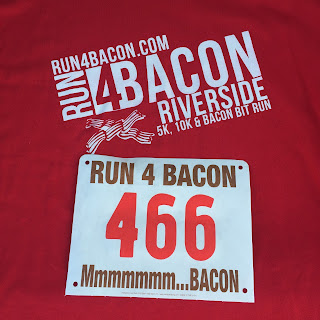 this run was supposed to have taken place about a month ago, but for some unknown reason was postponed to this last weekend.  this actually worked to my benefit anyway, because the original date didn't end up working out for our busy schedule.  and so we arrived here bright and early: 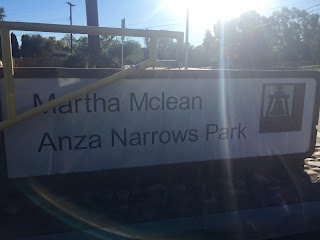 and joined a fairly small group of folks who were checking in for the run. 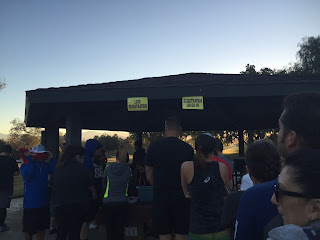 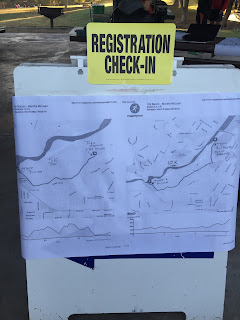 since we had time to kill, we hung out in the car to keep warm.  while the sun was out, it was a lovely, brisk morning.  you can see how thrilled the old lady was to be here. 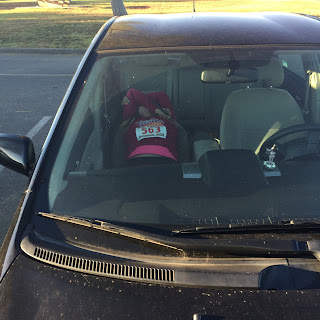 i was just hoping that the bacon wouldn't act as bait: 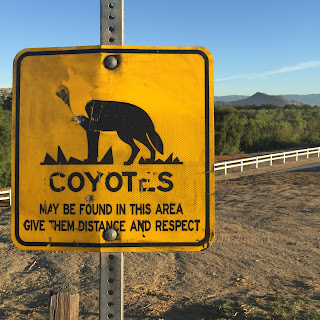 when we got out of the car to join the growing crowd of folks ready to run, the smell of bacon was in the air and made my stomach growl.  yay for bacon run! 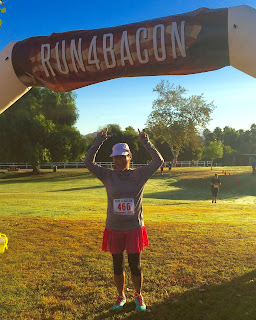 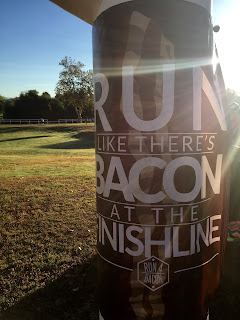 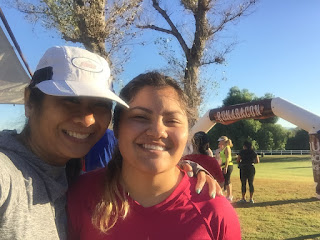 the race director took the microphone to make a few announcements, and then the 10K runners were released. 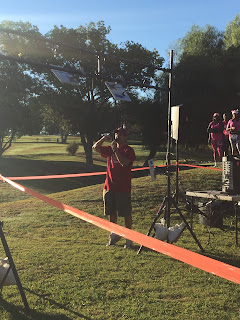 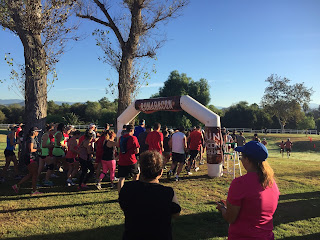 we admired this lady's hat while we waited for our turn to run. 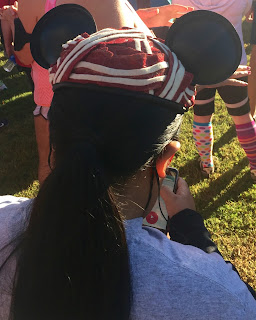 the course was along a bike trail, and it was pretty. 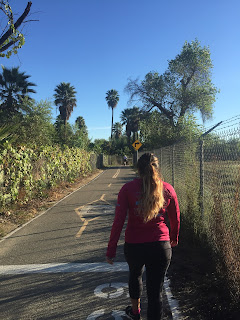 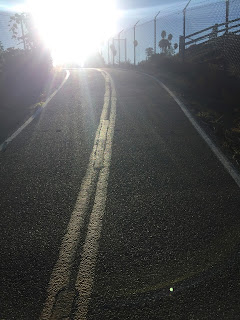 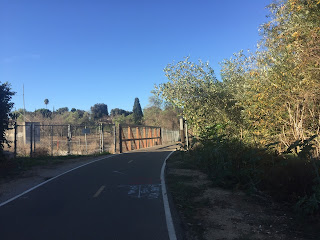 just before the halfway turnaround, we spotted a water station...with bacon.  given the choice between the two, which one do you think i grabbed?  heh. 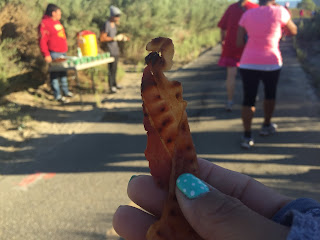 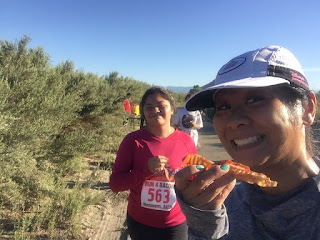 it was an out-and-back course, and while the old lady was in front of me for the majority of the way back, i caught up to her and we battled it out at the finish line, where we found this: 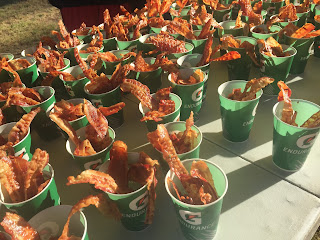 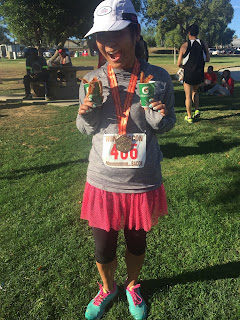 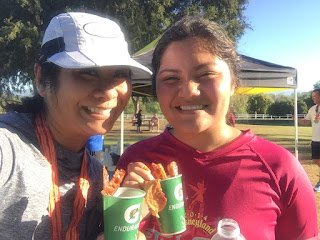 the medal was cute. 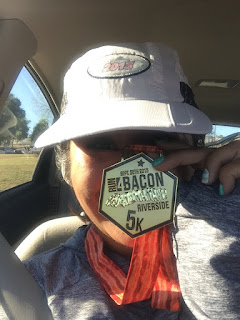 looking at the results later, i found myself sitting at 6th place for my age/gender division.  the old lady, who came in one second ahead of me, was 2nd.  since most races typically hand out awards for the top 3 in each division, i gotta find out if she won something.  that would be really cool!

Email ThisBlogThis!Share to TwitterShare to FacebookShare to Pinterest
Labels: baconanza, running my ass off