the bean's birthday started the night before the actual day...much like the day she was born, heh.  for a few different reasons, we weren't going to be able to go out to dinner that night, so we decided to kick off the celebration a little early.  i was convinced that meant we'd be going to "the place with the snow on the roof," AKA north woods inn, but she opted for something a little...less extravagant.

this right here is a to-go plate from boston market.  she is so weird. 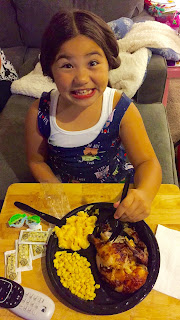 and then she tried on a dress i'd attempted to make for her to wear to knott's berry farm, but it ended up looking more like a nightgown than anything else. 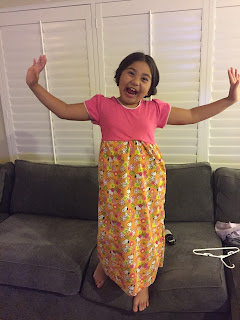 after we got her all tucked in for the night, we got to work with the decorations and present wrapping. 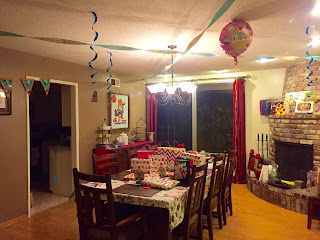 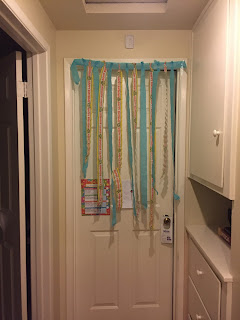 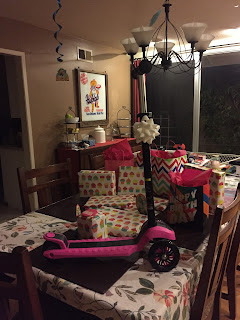 i got up crazy early to call in an order for breakfast from her favorite place and headed out to pick it up.  when i got back (right when her alarm clock was set to go off), i found that everybody was already up.  she was so excited to find everything that had been laid out for her (including the balloon-filled bedroom she's gotten used to finding on the morning of her birthday): 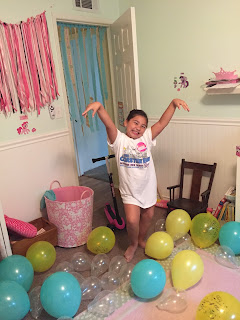 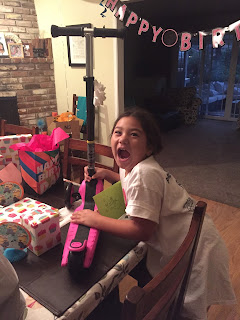 so excited, of course, that she couldn't focus on eating the delicious food that was right in front of her.  that's okay, though - who wants to eat when you have presents to open? 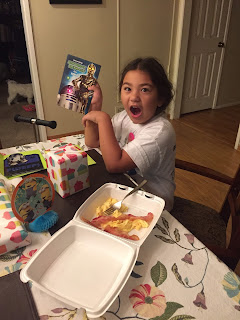 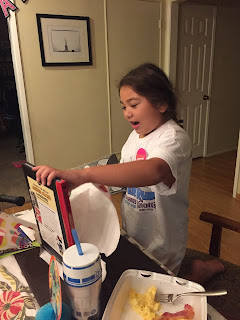 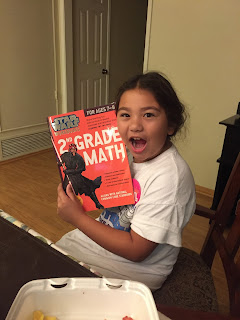 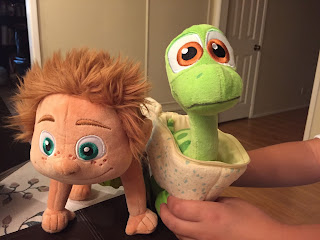 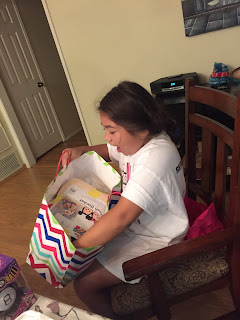 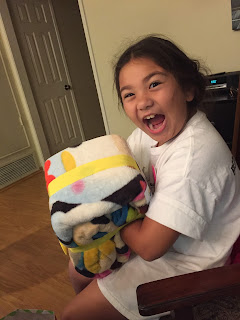 she isn't particularly hard to shop for, but since she has zero interest in dolls or barbies or monster high or any of that typical 8-year-old stuff, we always have to ask her what she's eyeing for her birthday.  this year, the only answer she could muster up was the "shower wow," something she'd been watching on commercials for months.  what is it, you ask?  well, it's a shower head that turns the bathroom into a light show.  yeah. 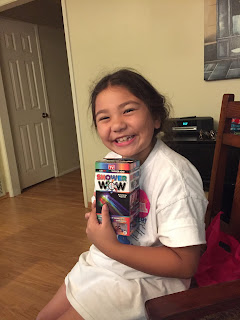 meanwhile, the hub was bonding with the dog. 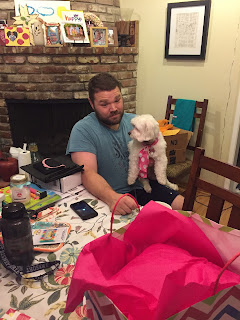 we got in a few selfies...of course. 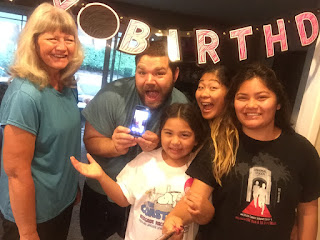 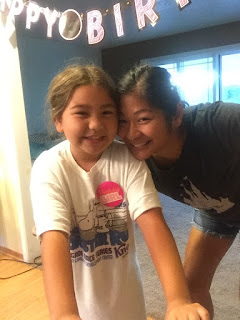 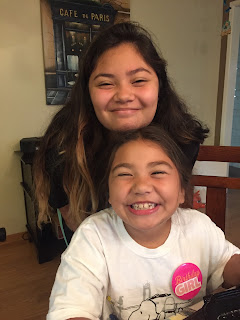 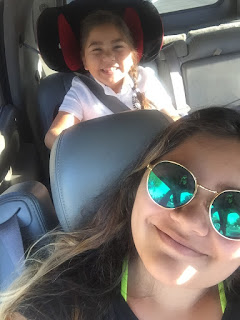 and then she had quite the welcoming committee present to pick her up at the end of the day.  not pictured: grandma and the old lady's special friend, who she adores. 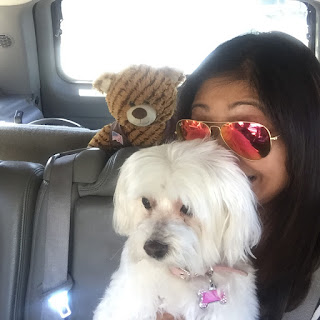 when she finally got in the car, she was excited to open a present from one of her friends.  so sweet. 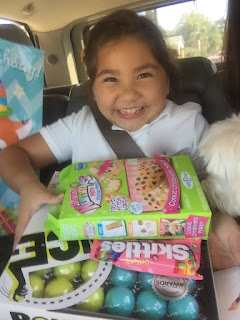 and then back at home, she had just enough time to change into dance gear and blow out the candles on her ice cream cake while we all sang to her: 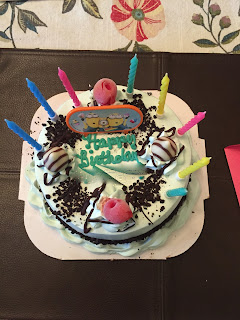