have i ever told you that the old lady is a huge "back to the future" fan?  she's watched the trilogy over and over and over and over again, and even has the first movie on her phone so she can watch it whenever she wants to.  and remember when we went to see it at the hollywood bowl this summer?  so much fun.

"back to the future" day was last week - the date that marty enters into the time machine during the second movie that brings him into the future to save his family.  and the place where they filmed a few of the most important scenes in the trilogy is local to us - puente hills mall.  i'd seen people posting online that they were hosting a BTTF day celebration, and so after the bean was done with her extracurricular for that day, we headed out there to go and check it out. 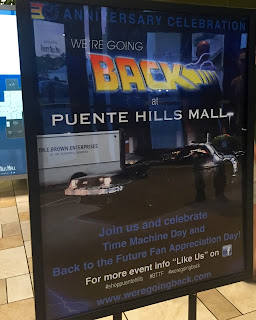 it wasn't hard to see where the action was, based on the crowds that were gathered around.  this was the line to take a picture next to the "twin pines mall" sign.   and yeah, we got in it.  duh. 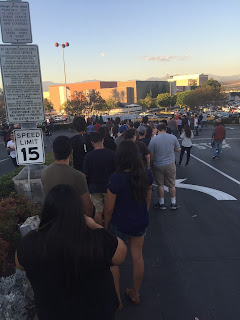 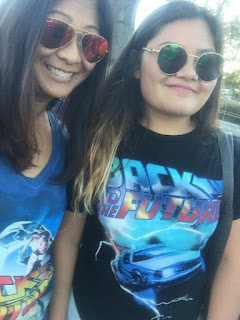 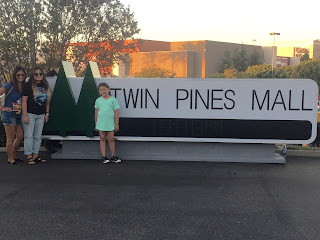 there were news vans around from all the local stations, too. 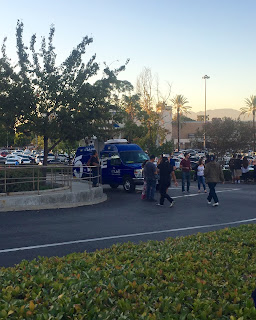 and of course, a couple of deloreans were out on display.  we didn't really want to get in line for that photo op, though.  it was pretty long, and thanks to the awesome 80s races, we've been there, done that. 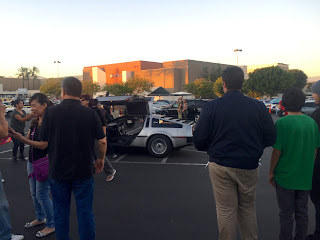 but we did stop for this one (and not having a line to wait in helped). 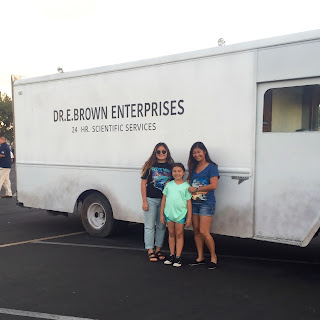 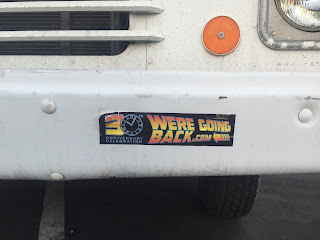 oh, and then we snuck in a selfie with the delorean in the background. 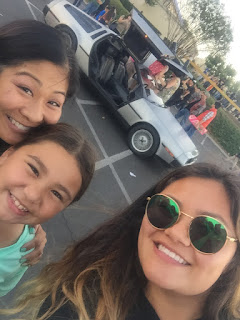 and this car tried to get in on the action too, but went largely unnoticed. 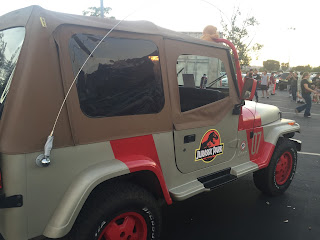 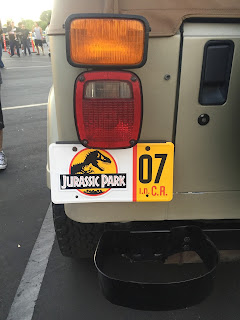 it was a cool way to commemorate the old lady's favorite movies, and even the bean had had fun.  i wonder what her "back to the future" will be.  it'll be interesting to see what she discovers as she gets older.  we've been going through the "star wars" franchise one movie at a time over the last couple of months, so we'll see...
at October 26, 2015

Email ThisBlogThis!Share to TwitterShare to FacebookShare to Pinterest
Labels: back to the future day, puente hills mall