you know how i'm always down to try something new and interesting, right?  so when i drove by this place a few months ago, that bright blue sign caught my attention: 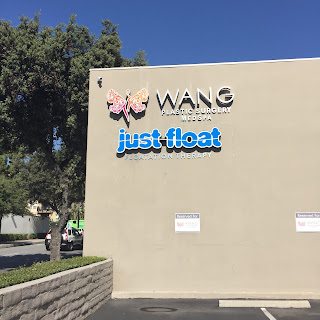 i mean, what the hell is "floatation therapy," anyway, right?  so i hit up their website as soon as i got home to check it out.  it turned out that it's exactly that - there are 11 private rooms equipped with a shower and an enclosed float tank.  you strip down and then step into the tank, where you situate yourself in 11 inches of water that's warmed to 94 degrees and jammed with a ton of epsom salt.  all that salt literally makes you float effortlessly, and you just lay back and relax for a full hour.  it's supposed to relieve stress, both physically and mentally.  and i totally wanted to give it a try.

after what seemed like forever, the place finally opened.  i received an email promo with a code for half off my first visit, and i decided that instead of my usual post-race massage, i'd give this a try.  and so the old lady and i each packed a tote with toiletries and fresh underwear and headed out to pasadena to get our float on.

i was excited to go beyond the double doors and get started. 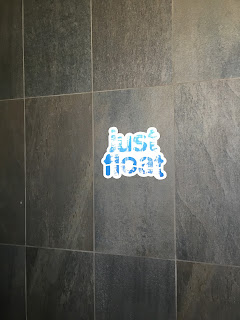 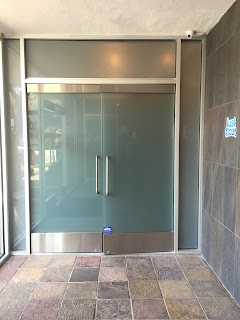 it was like a lovely day spa in the front lobby. 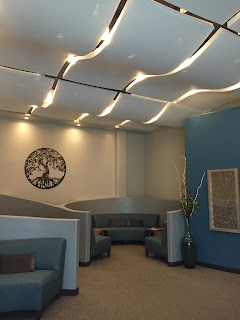 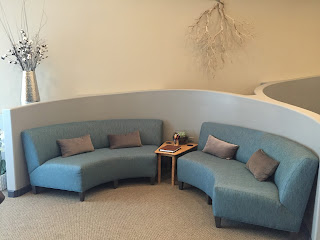 having signed the waiver online when we set our appointment, we didn't have to do much in the way of checking in.  instead, we were handed a tablet with headphones to watch an instructional video that showed us what to expect when we got to our private rooms. 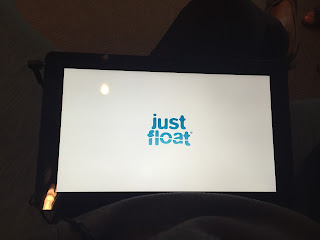 this was my home for the next hour or so.  there were lots of toiletries available for my use - hair ties, makeup wipes, swimmer's earplugs, q-tips.  and the shower was equipped with plenty of body wash, shampoo, and conditioner. 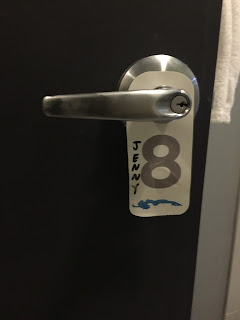 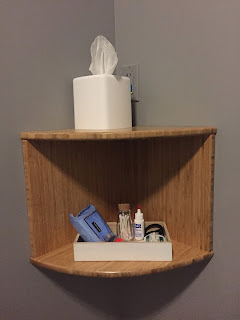 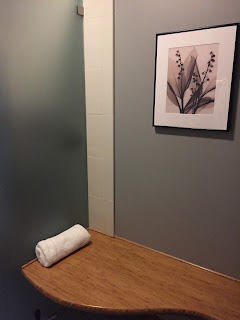 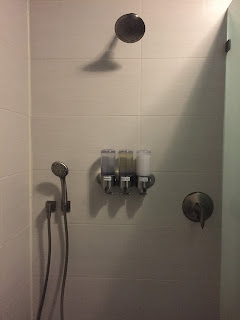 and check out the tank: 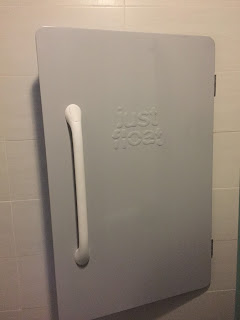 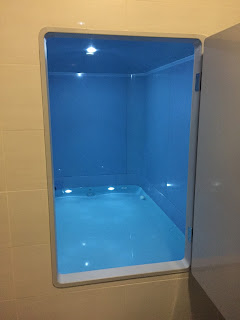 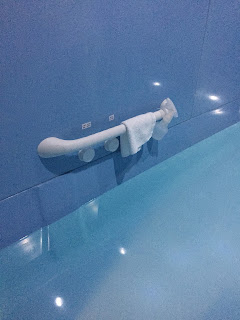 i have a thing about getting water in my ear.  it just freaks me out, and it never comes out as easily as it's supposed to.  and so i was grateful for those earplugs, which did their job nicely.  i followed the instructions from the video - took a pre-shower, dried my face off, and stepped into the tank.  i laid back and took a couple of minutes to get myself in the right position, and found that the water really did keep me floating easily.  the hardest part was letting all of my muscles relax, especially the ones in my head and neck.  instinct kept me trying to hold my head up, and it took a bit for me to be able to force myself to just let it all go.  it was really weird to have my ears in the water, but the plugs really did work.  and so i was finally ready to push the button that would eventually turn the lights and music off.

it was...weird.  relaxing and comfortable, sure.  but just floating in that water with nothing but my thoughts to keep me company was just odd.  and the point was to relax your mind as well, which is damn near difficult for me.  i tried the "count backwards from 100" trick to try and clear all the thoughts away, and i guess it worked because i finally did drift off and fall asleep.  it took what seemed like a long time, and i started getting bored, but every time i thought i was over it i fell asleep.  and so i was a little surprised when the lights and music slowly came back on, signaling that my time was almost up.  a few minutes later, i heard the soft chimes that told me it was time to get out.

of course, i forgot which way the door opened, so it took me a couple of tries to actually get out of there.  and i was a little groggy and disoriented, but i was most definitely relaxed.  hell, i was like a freaking noodle.  and having been enclosed for the last hour in that warm tank, it was a bit of a shock to come back out into the room - kind of like getting out of the shower.

i took a nice, long, warm shower to wash all that salt off of my skin and my hair.  i probably should've mentioned it to the front desk, but they really should provide a dimmer switch in that room.  when you're post-float and trying to get ready to go back into the world, putting makeup on in low light is a little challenging.

when i got out of there, i noticed that the old lady was still in her room.  so i headed over to the post-float lounge area to wait for her. 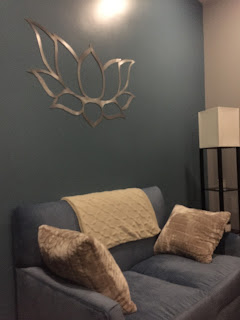 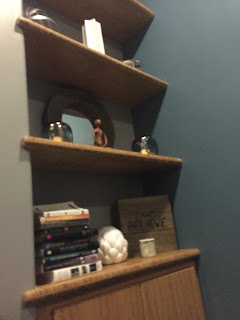 she appeared a few minutes later, looking just how i felt.  we both seemed pretty relaxed, although she confessed later in the car that she'd been bored as hell in the tank and only fell asleep for a few minutes.  she's always the skeptical one, and while we were both glad we'd tried it out, i don't think it's for us.  in comparison, a massage seems like a much better choice for me.

and then when i described the experience to the hub, he was all "dude.  you took a $60 bath?"