where the hell did this year go?  how on earth is it already halloween?  good gracious.

we decided to surprise the bean with tickets to "mickey's not so scary halloween party" at disneyland one evening.  and since all four of us were going, we decided to squeeze in our family photo shoot on the same day.  because why not?

i got rid of my nike-inspired nails in favor of these: 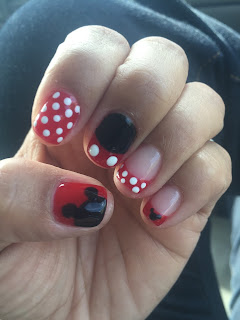 and while i didn't really take pictures during our shoot, i did sneak this one in. 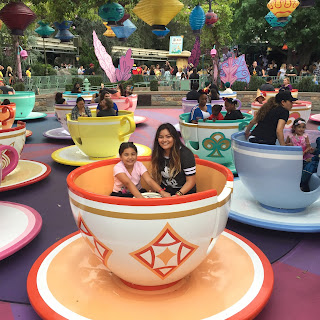 and of course, at least one selfie.  since the disneyland railroad will be shut down in january for about a year or so, we wanted to make sure we took at least one more turn on it together. 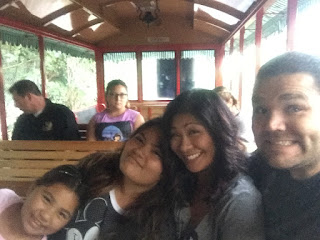 with the picture part over, we headed to the lockers to get the girls changed into their costumes.  i had something to put on too, but got lazy and decided to skip it.  the bean had chosen something in the theme of her most favorite ride at the park: 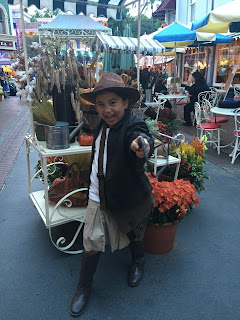 and the old lady looked super cute in her "sally" outfit, too. 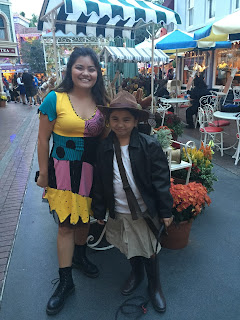 it got dark really quickly.  we joined the crowds and got in line at the various "treat trails" - this one went past the submarines and up to the monorail station. 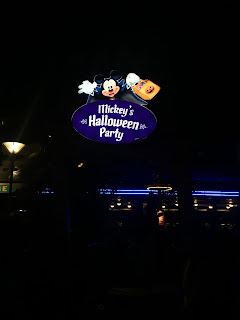 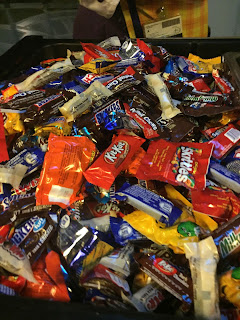 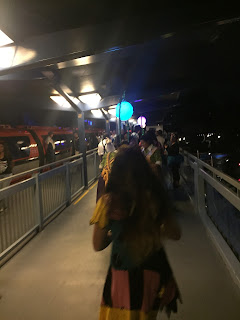 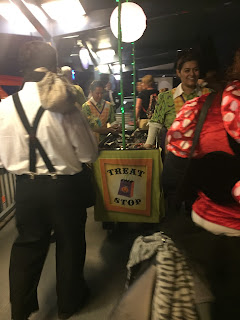 another one went through pixie hollow, home of tinkerbell and her fairy friends. 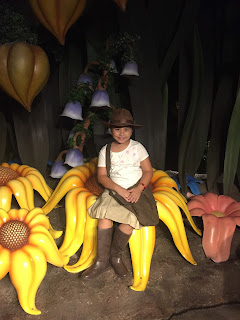 this one was next to the matterhorn. 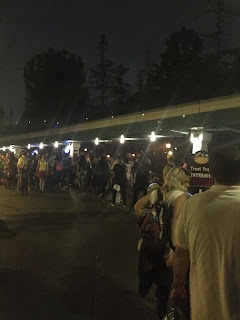 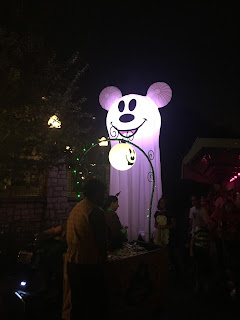 while "it's a small world" is shut down temporarily, they still managed to use it as decor (it opens again in november with the annual holiday overlay). 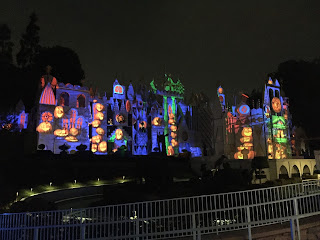 and we went through the one here, too, since this area will also disappear come january as construction begins for the new star wars land. 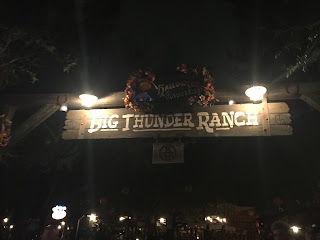 the line to see mickey and minnie was really long, so i settled for a quick photo from afar. 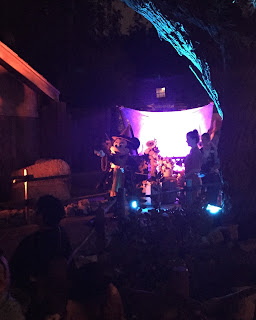 of course, there was a pirate ship.  here, the photo op was with jack sparrow (with just as long of a line as mickey and minnie), but we selfie'd it instead. 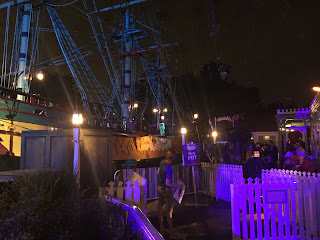 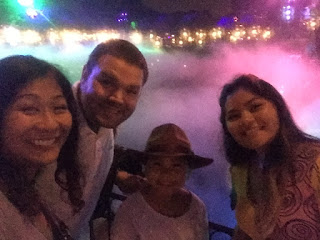 and we definitely had to take a turn on our mini indy's favorite ride. 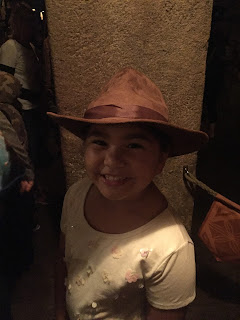 being a school night, she was tuckered out and ready to go home right around the time she would normally have been going to bed.  with a sack full of candy that we'd collected at the treat stations that weighed about ten pounds (and that's after only visiting about half of them!), we headed out.

thanks for a fun evening, mickey! 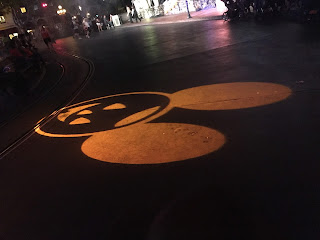