the day after the half was a rest day.  as it should be, right?  i woke up with my entire bottom half completely sore and achy, and i decided that i was going to do a whole lotta nothing for most of the day.  it was lovely and restful and relaxing.

later that afternoon, MIL and i headed on out to the football field, where we got to watch the bean in action with her JV cheer squad. 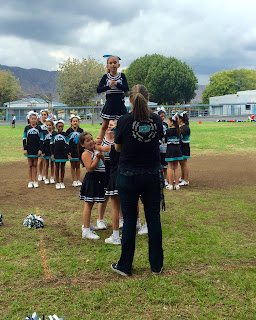 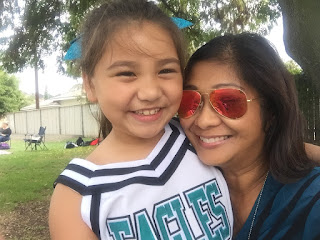 from there, i headed on out to meet up with the old lady after her shift at work.  we had plans together for the evening, leaving the bean to have one last evening of bonding with her beloved grandma.  that big cheesy smile on her face will be explained in just a moment. 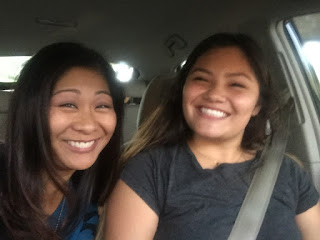 we were happy to see that there was no traffic on our way out to beverly hills, and arrived at our destination with plenty of time to spare.  since our tickets were general admission, we happily got in line and waited for the doors to open.  there were only a handful of folks in front of us, and so when we were finally allowed to enter the venue, it was easy to get through the will call line and find seats in the small theater.  in fact, we found ourselves right in the middle of the second row. 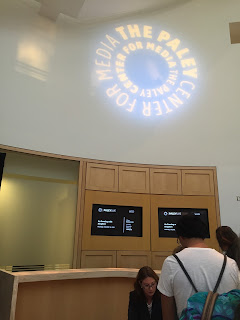 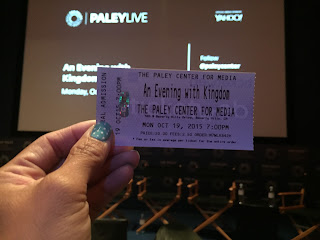 any ideas as to what we were there to see?  anyone?  bueller?  any "kingdom" fans out there?

we got to watch a screening of the new season's second episode, with the first having only aired a week ago.  when it was over, mashable's sandra gonzalez was introduced as the panel's moderator. 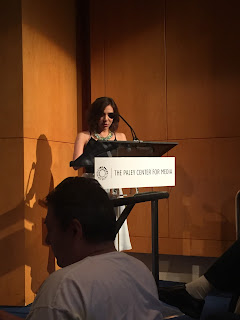 and then the show's creator and members of the cast came out and took their seats onstage. 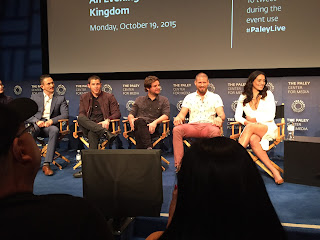 now do you see why we were there?  here's a close-up: 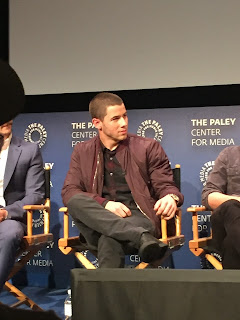 i happened to be seated in a spot that was directly in nick's line of vision.  there was maaaaaaybe only about 10 feet between us, and it was a little disconcerting to look his way now and then and lock eyes with him.  very very very very very weird. 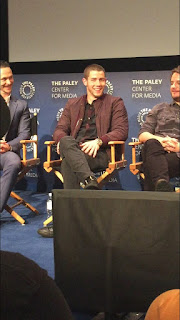 it was fun to listen to the cast tell stories about their experiences on the show.  being a show about cage fighters, they talked about the training they went through before shooting - both physical AND mental.  the show is heavy on drama, so it was really fun to see the actors out of character and joking around and smiling and all cleaned up.

when the panel ended, there was a mad dash to get to the stage and get a few seconds with the cast.  of course, my focus was to get the old lady up there for a picture with nick - but for some reason, she was being really weird about it and didn't want to throw 'bows to get into position.  i kept trying to nudge her closer and she kept pushing back.  i couldn't understand it.  we got this close: 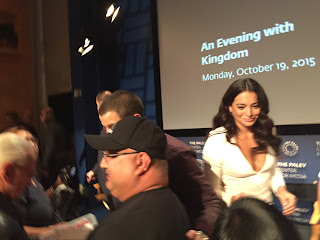 and he kept moving down the stage and just out of reach, posing with fans: 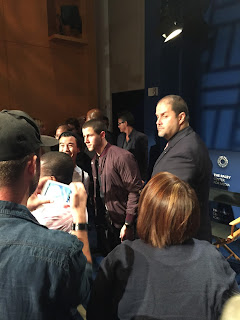 and then with a wave, he was gone. 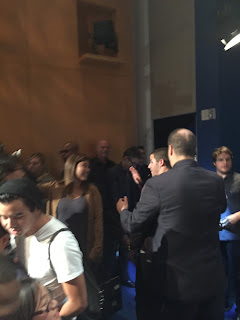 this is the one of the newest cast members, natalie martinez.  she plays the show's first female fighter, and she's pretty badass. 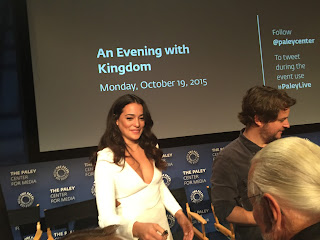 since the old lady didn't want to take any pictures, i snagged this one with jonathan tucker.  he plays jay, who i personally think looks pretty creepy on the show, but he cleans up nicely.  heh. 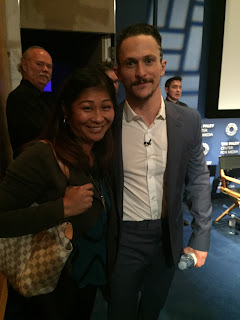 and then we settled for a selfie with matt lauria, who plays ryan, in the background. 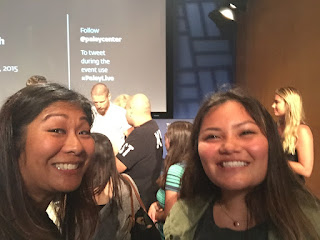 our new tradition for trips out to the paley center seems to be a stop at the sprinkles cupcake ATM, and with our treats safely in the car, we headed home.  while i was bummed not to have gotten the old lady some face time with her nick, she seemed to be perfectly satisfied with having spent the evening sharing oxygen in the same room with him.