the bean's day off

a no-school-due-to-teacher-inservice-day = well, what do you think?  it just so happens that two of the bean's good friends share a birthday that happened to fall on that particular date.  and much like the bean, they opted for a super fun amusement park playdate vs. a birthday party.

the girls and i arrived at the land not long after rope drop.  on our way down main street, we found ourselves next to a familiar figure: 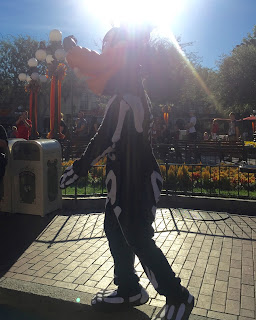 while i headed off to space mountain to grab fastpasses, the girls got in line for a ride i don't particularly love - the astro blasters. 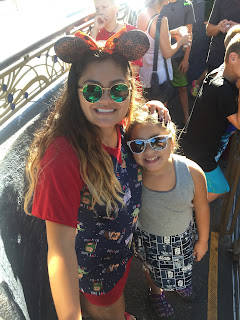 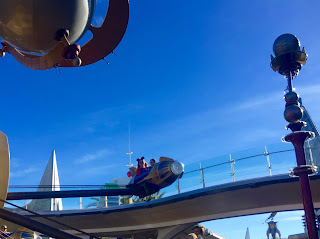 sadly for us, space mountain was down and fastpasses weren't being distributed.  so instead, we headed over to frontierland, where the girls did a little target practice. 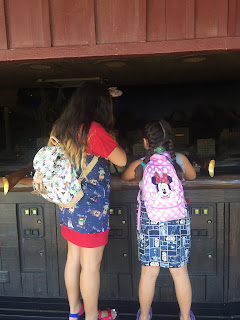 using some birthday money from her lola, the bean did a little shopping.  her sister had talked her into starting a new tradition - collecting pins to wear on a fun lanyard that would double as a holder for our passes.  since we had plenty of time to browse, we spent a good long while in the pin trading store as she shopped for the perfect lanyard. 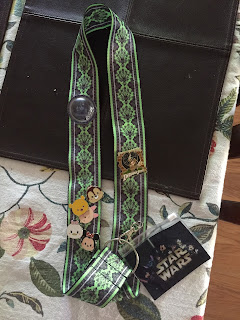 since we hadn't been on it in a long time (and it'll be unavailable for an indefinite amount of time come this january), we decided to hop onto the mark twain for a ride around the river. 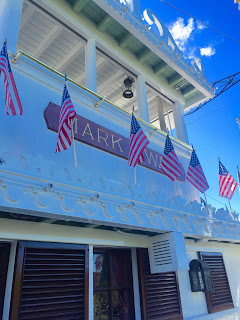 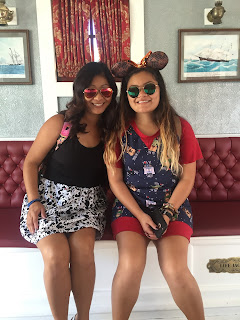 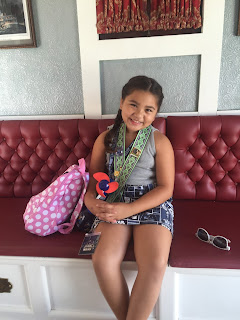 we were treated to a lovely view of a still-uncrowded park. 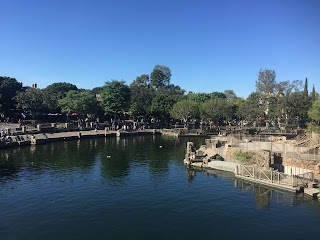 when we finally met up with our friends, the first ride together was the ever-popular matterhorn.  it was a super hot day and it was kind of fun to pretend the snow-capped mountain was real. 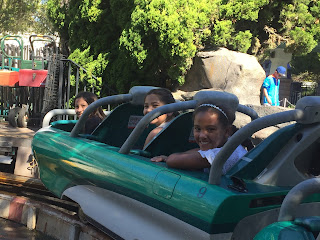 we took advantage of a couple of the fun anniversary photo ops, too. 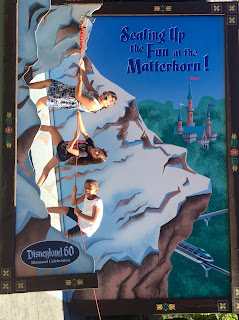 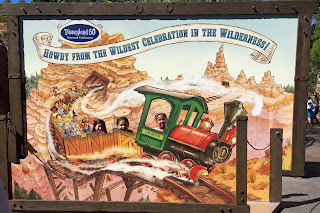 it was really fun to watch the girls on the rides together.  they screamed and threw their hands up in the air like they just did not care every chance they got. 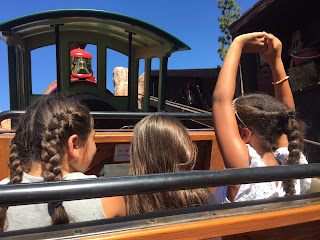 after lunch and a couple more rides, the bean said goodbye to her friends and wished them a happy birthday.  as much as we'd have loved to stay longer, it was still a regular friday and the bean had her hula class and then our girl scout meeting to attend.  but since their families have annual passes too, i predict more disneyland playdates in our future.

after all, everything is more fun with friends, right?
at October 14, 2015