the girls and i have become rather fond of heading out to disneyland on a sunday morning for rope drop.  the crowds don't usually arrive until a little later in the day, which leaves a couple of hours of wonderfully open spaces, little to no lines, and areas that are usually jammed with people and strollers are blessedly peaceful.

one such sunday saw us kick off our day with a quick photo op in front of the giant mickey pumpkin - where lines often go down pretty far on main street. 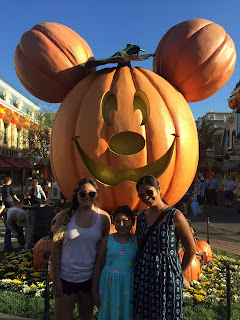 with halloweentime in full swing, our first stop was here: 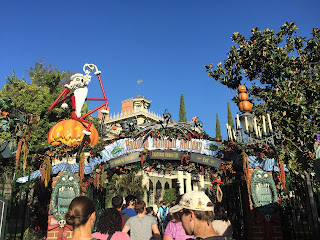 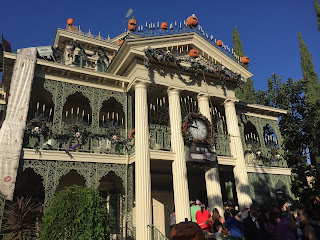 the seasonal overlays they do at certain rides always attract a ton of people, and while it does look crowded in that picture it's mostly because the various openings for that famous disneyland maze of lines hadn't been opened yet.  we went straight from the gate right up to the front door, and were on the ride in less than 5 minutes.

everyone's favorite part of the ride - the elaborate gingerbread house that you can smell as soon as you round the curve. 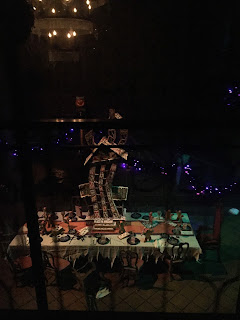 as soon as we were out of the haunted mansion, we headed straight to the bean's favorite attraction - the indiana jones ride. 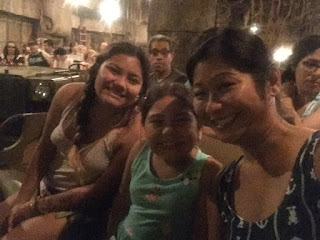 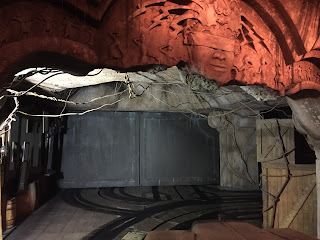 whenever a ride breaks down, they always tell you as soon as they can that you have the option of waiting it out or leaving and trying back later, when they've hopefully fixed whatever went wrong.  we usually opt to wait for maybe 5-10 minutes, watching most people turn around and head for the exit.  most of the time, the fix is easy and our patience is rewarded with a quick and easy path to the ride vehicle.

this time, though, it took about 20 minutes or so before we finally got moving.  everyone cheered and hooted and hollered as we headed into the ride, although i did notice that things were still not as they should be.  the "jeep" was moving slowly and awkwardly, and the sound effects and music were jerky-sounding.  and sure enough, almost as soon as we started, we stopped again.  this was our view for the next 10-15 minutes. 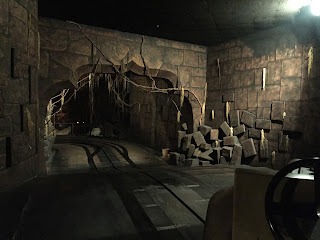 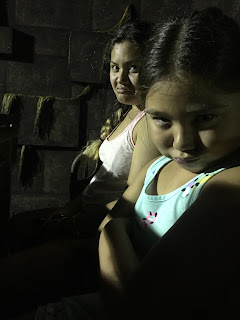 when a couple of cast members appeared at our side with a stepladder, we knew we were toast.  they released a lever that unbuckled our seat belts, and then one by one we all climbed out of the jeep to start on our journey out towards the exit.  although we were bummed about the ride, i had to admit that it was kind of cool to see it all from a different point of view. 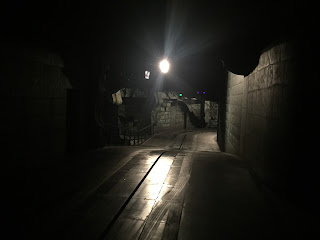 after helping us off, we were asked to wait in line while they went to help the jeep in front of us. 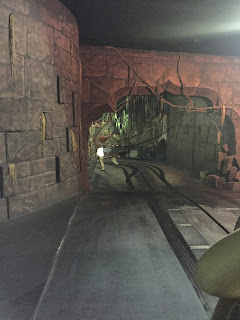 the bean made silly faces of anguish and disappointment, giggling the whole time. 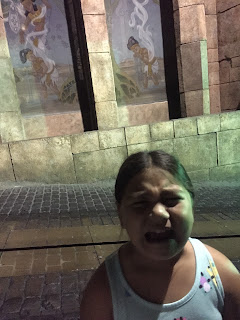 but then i looked at the wall behind her and saw design elements that i had not noticed before.  i've been on this ride a bazillion times and never realized that this was even here: 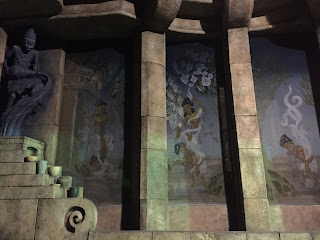 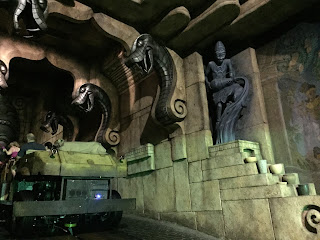 and on our way out, we were each handed one of these: 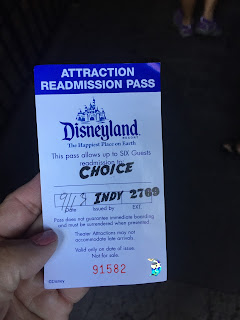 and because we'd timed it all just right, we had a handful of fastpasses for some of the best rides in the whole park all at the same time.  typically, the system only allows you one ride fastpass and one show fastpass at a time. 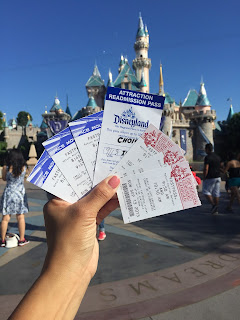 by 11:30, we were done.  we'd ridden everything we wanted to, had a couple of fun snacks, and managed to get outta there before the heat hit.

and that, my friends, is why we have annual passes.  yes, they're insanely expensive and ridiculous, but it sure is nice to have the freedom to head out for a few hours on a sunday morning, take a turn on our favorite attractions, and head out as the crowds are just arriving.  disneyland is clean, predictable, consistent, and the cast members are truly helpful.  it's one of my most favorite places in the world - always and forever.