with a little help from my peeps

last friday was...insane.  and i could not, would not have been able to get through it without the help of the old lady, who came through for me big time - all day long.

that morning, i decided to try and do something fun with the bean's hair.  her school doesn't do halloween per se, but we did have a pumpkin party planned and instead of the usual uniform, the kids got to have a free dress day as long as they wore orange.  and so i attempted to make a candy corn in her hair: 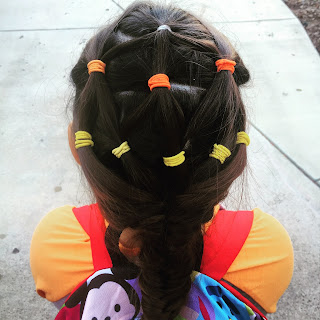 then it was a mad scramble for me and her sister to run around town to pick up various supplies for both of that day's parties - one at school, the other at that night's girl scouts meeting.  we hit up costco, target, and party city all in the span of about an hour and a half.  we were both running on one grande starbucks drink and a croissant, and the caffeine and sugar was enough to last us for hours.

we arrived at school while the kids were still at lunchtime recess, and got to work on getting the games and activities all set up.  they went inside for a few minutes when recess was over to receive instructions from their teacher, and then they came outside and were let loose for some pumpkin/holiday-themed fun. 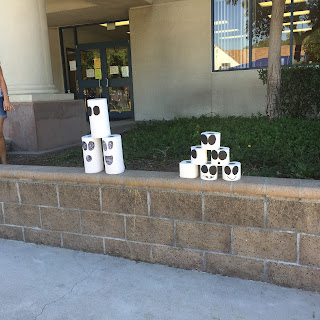 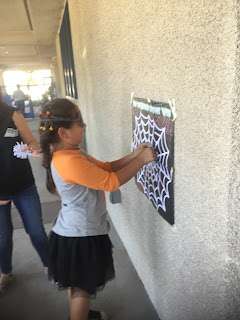 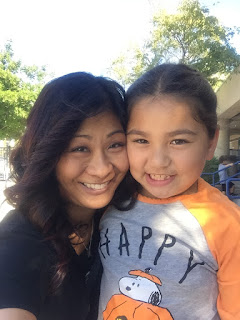 we headed back into the classroom to enjoy some treats and pass out fun prizes and goody bags, and then that party was over. 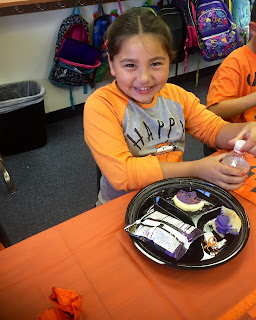 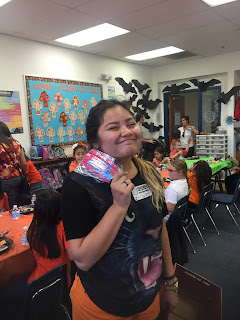 the old lady had left a few minutes earlier to meet up with my co-leader in another part of town to pick up the products that our girls had sold during the fall fundraiser.  i pulled up at the church where our meetings are held just as they were beginning to unload the boxes.  it took several trips for all three of us, but we finally got them all inside. 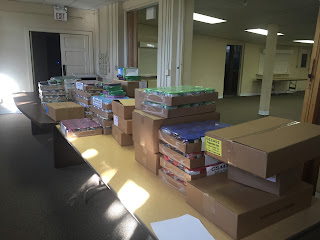 we spent about an hour sorting through everything, creating piles for each of the girls using the order forms they'd turned in.  and of course, because there were discrepancies to figure out, the old lady not only had to head out to pick up the bean from school after her piano lesson but then had to take her to her hula class.  see what i mean?  i couldn't have done it all without her.

while the bean shook her thing in class, her sister and i met up at home to get ready for the girl scouts party.  we had created a sign-up sheet of games and activities and treats for each parent to sign up for and man a station, and had asked everyone to come in costume.  of course, that went for us too. 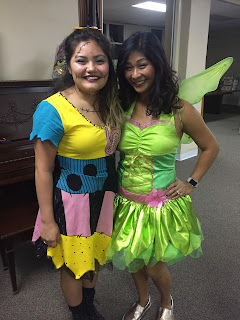 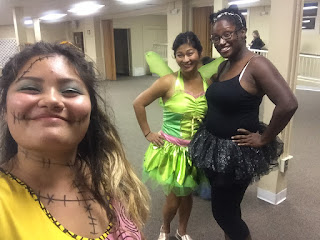 while the old lady went to pick up the bean from hula, it was on me to make a second trip to costco to pick up the pizza for the party.  in my costume.  yeah.  the guy at the door took one look at me and guffawed as i waved my costco card in the air and headed on back to the food court.

and then disaster struck as i took the stack of three whole pizzas back to the car.  as i fumbled for my keys...the boxes took a nosedive to the ground, sending the stack of paper plates rolling underneath the car and a very loud "OH SHIIIIIIT!" from my big mouth.  oy.  luckily, the boxes stayed closed...but the pizzas, while still perfectly edible, were less than picture-perfect. 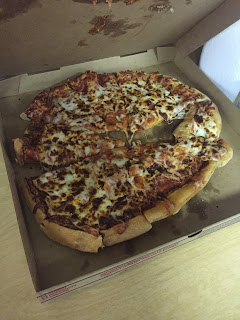 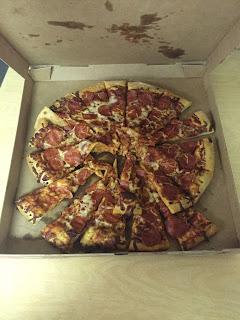 this guy also came to help out in a big way during the party.  as i moaned about the pizza snafu and then threw in how i wanted to eat it all since i hadn't had anything else to eat all day, he made a starbucks run and brought me something cold to drink that kept me going through the rest of the evening. 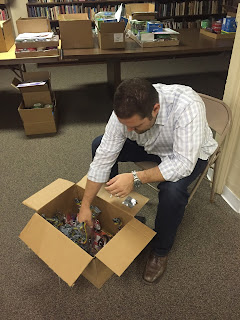 our parents came through in the most amazing way, too - they ran the party for us with stations ranging from a pumpkin ring toss to monster popcorn hands to cupcake decorating, plus a super fun bowl of punch the color of blood with wax fangs floating in it - not to mention a fun assortment of sipper cups to take home. 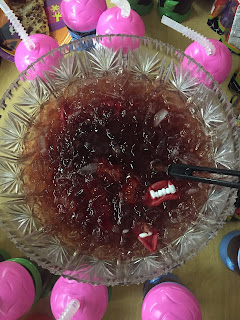 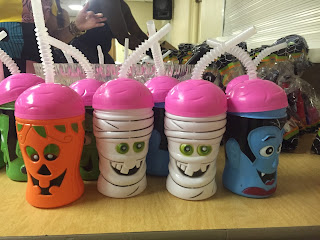 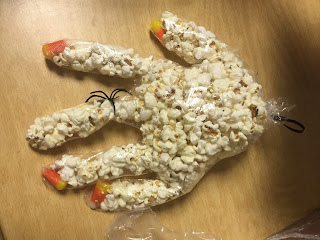 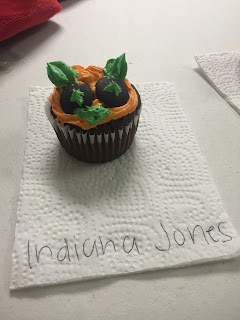 we were exhausted by the time we got home, which is also when i finally got to sit down and grub down on the last of the pizza. 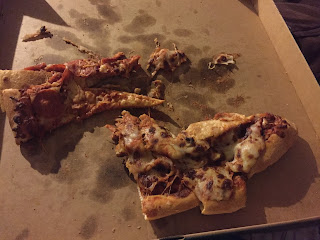 these are the days when i truly question my decisions to sign up as room mom and a troop leader.  heh.  but when it's all said and done and i see how much fun all the kids are having...well, it's totally worth it.