amazingly enough, the bean's third soccer season has come to an end.  my little delicate flower, who's really not aggressive at all and will go out of her way to give you the shirt off her back, has turned into quite the little defender who loves to get after it out on the field.

the last game for the peppermint pink piranhas fell on a gorgeous day.  they did a little warm-up and practice like usual, and then huddled pre-game one final time. 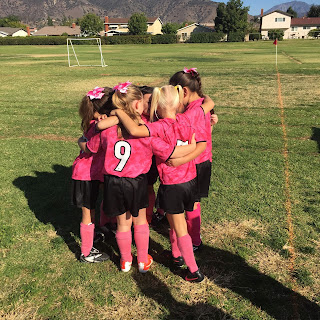 surprisingly enough, she'd volunteered to play goalie for the first quarter.  she really loves being on defense, i suppose this was a good spot for her to be in. 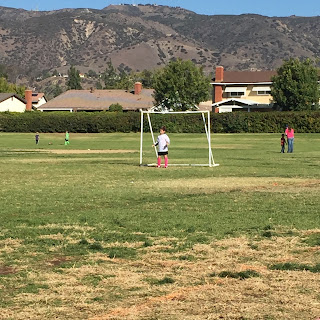 she managed to get a couple of good saves in there. 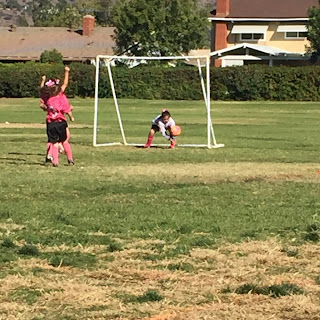 after she took off that goalie uniform, she slid right back into defense mode and found herself playing alongside (and against) one of her oldest friends from dance class. 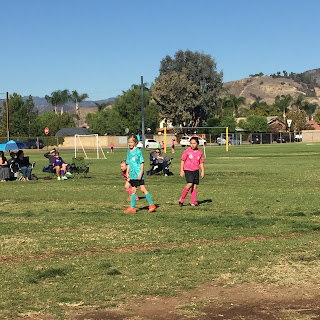 as usual, she kicked ass. 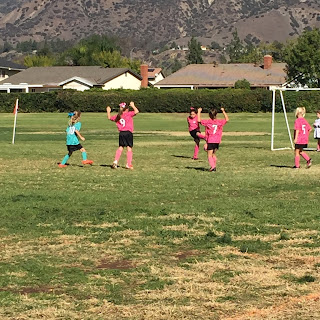 and then she found herself mixing it up a little with her friend.  when she's playing opposite one of her friends, the hub and i both find ourselves cheering for both teams at some point during the game. 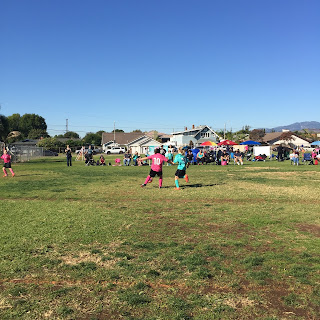 for the final quarter, she put that goalie uniform back on and did some work to close out the game. 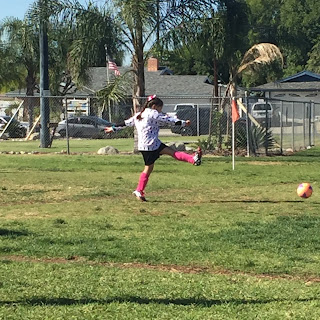 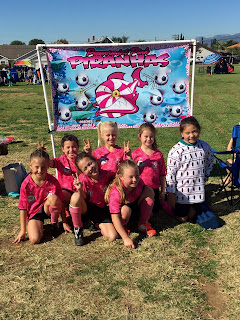 and then she happily accepted her participation trophy at the team party the next evening.  i know, i know, trophies belong to first place winners, blah blah blah.  but you know what?  these girls busted their asses and played their hearts out all season long - through the heat of the summer and then towards the end, practiced weekly in the dark.  they deserve these trophies and i don't care what anyone else says. 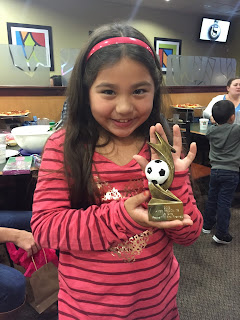 next year, she's going to move up a level to U10 - and i hear it's a whole different ballgame then.  more competitive, scores are kept track of, it's more serious.  i'm curious as to how this will go.