the family that runs together

so i may have only gotten about four rough tossy-turny hours of sleep on a hard floor surrounded by ten giggly girl scouts, but the bean and i got up for a 5K the next morning.  and not just any 5K - the 5th annual fit4fall 5K, my very first one.  and lucky for us, the start line was just around the corner from where we'd spent the night.

after a quick breakfast lesson by two of our parents, we got ourselves dressed and ready. 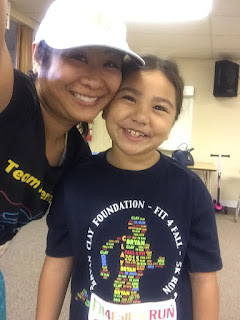 right around the time the hub was supposed to meet us to walk over to the start, i got a text:  "oh shit, i just woke up.  leaving now!" oy vey.  we decided to go ahead and head over, since the gun was set to go off in about 15 minutes.  took us all of about 3 to get there. 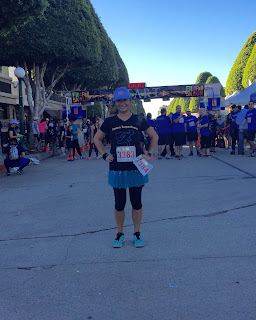 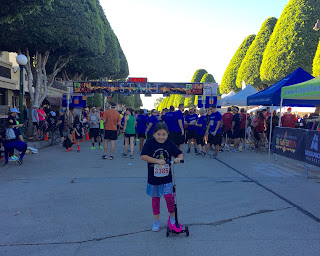 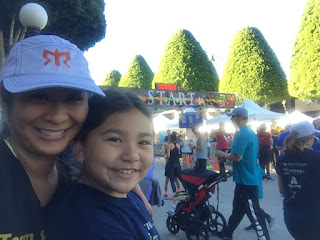 oh, yeah - getting to do the 3 miles on her scooter was the only way i was able to bribe her into doing this race.  she loves being on that thing, so it wasn't actually that hard to talk her into registering.

hey, chick-fil-A!  the local franchise is owned by the parents of one of the bean's classmates.  they're always at local events like this. 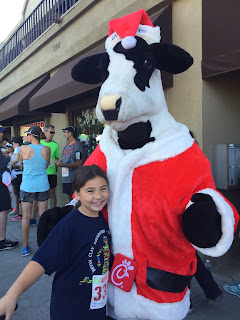 there was quite a large turnout this time around.  seems like it's getting bigger and bigger every year. 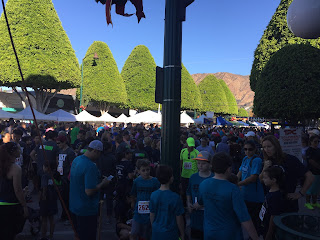 we found some other friends too.  i was surprised not to see way more of the bean's classmates and fellow students.  they're usually out here in droves. 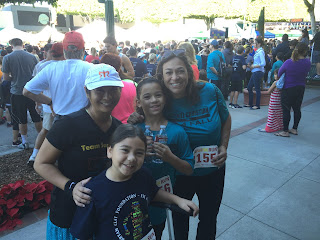 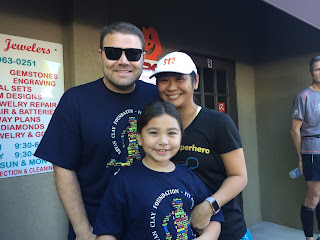 bryan came out to greet everyone and let us know that we'd be starting soon. 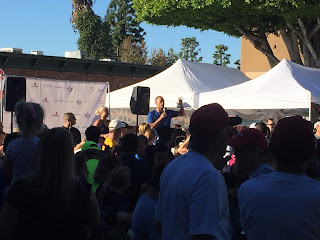 everyone was ready, even the doggies. 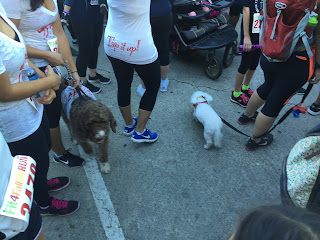 and then we were off! 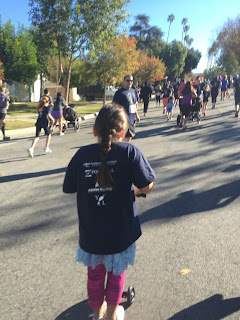 they switched up the course a little bit, but i know this first stretch well.  it's on a residential street that's on a gradual incline, and the bean wasn't thrilled about the extra effort she had to put in. 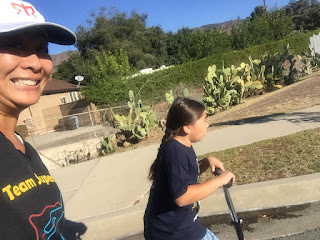 she was a trooper though, and just kept going.  mile 1, check: 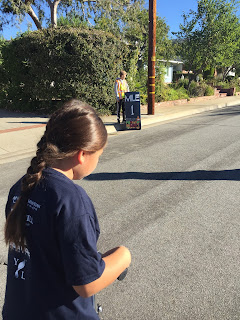 when we finally turned the corner, i heard her groan as she saw even more uphill ahead of her.  the words "i'll take you for ice cream later" may have left my mouth at this point. 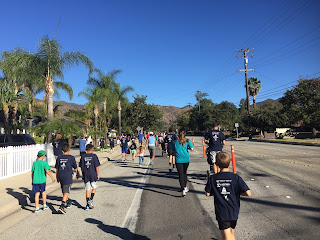 but there were encouraging signs: 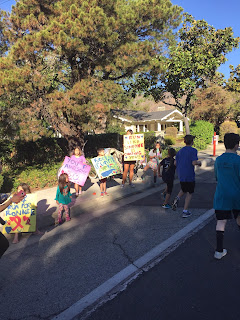 and a water stop. 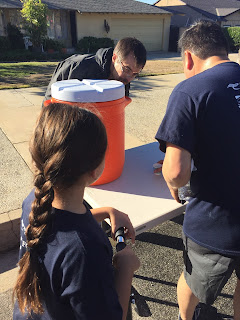 and then right around this point: 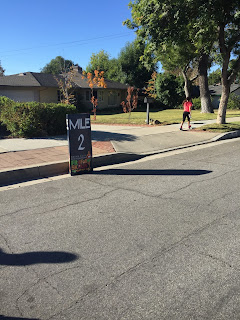 the course changed a little bit.  well, a lot.  we finally found ourselves heading downhill at last, and fueled by adrenaline and the promise of some ice cream, she took off and left me behind. 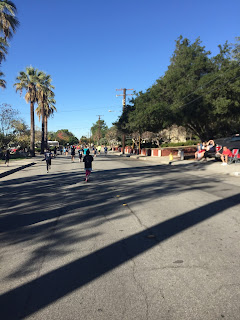 i texted the hub to let him know she'd ditched me, and then i focused on getting myself to the finish. 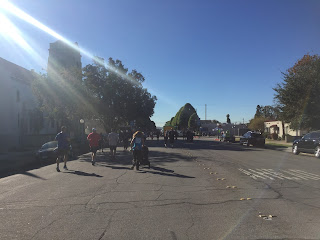 i found them both waiting for me, and we perused a couple of the vendor booths as i cooled down and caught my breath.  she got to spin a wheel, but i don't think she won anything. 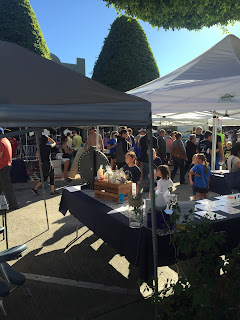 and although a massage sounded lovely, there's no way i would have subjected anyone to my icky sweatiness. 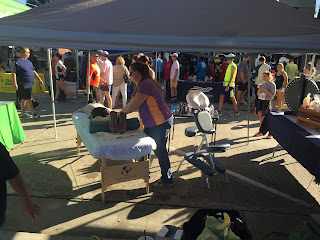 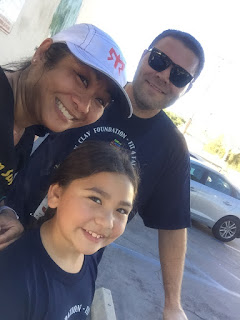