uncle jesse, you missed out

when you've spent the last two days in endless halloween celebrations and you're just so over it all, what do you do?  well, if you're me and the bean, you take a half hour drive to someplace familiar and magical. 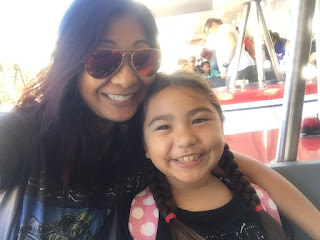 we hadn't been to the california adventure side in a really long time, and so that's where we decided to spend our day.  i talked her into giving the radiator springs racers ride a second try - she's only been once and it was like two years ago and it scared the crap out of her - and despite the 55-minute quoted wait in line, that was our first stop. 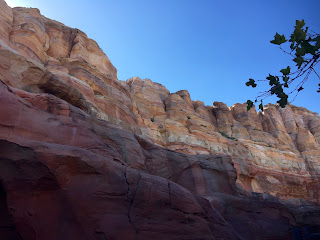 we killed time chatting and laughing, and she did a little work on my hair. 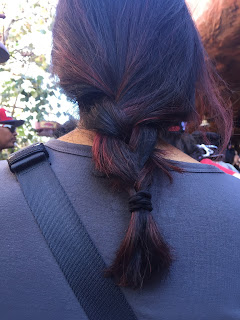 as we got closer and closer to the front of the line, she started getting a little nervous.  i assured her that she'd be fine and that her other favorite rides were far scarier and faster than this one, and that after it was over she'd want to do it again (but we probably wouldn't, considering how long we'd waited for this turn). 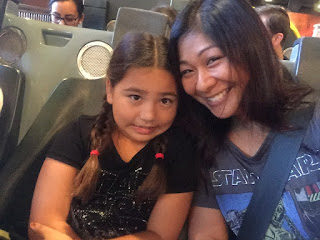 hahahahahahaha at the ride photo.  she had her hands up most of the time, but the camera caught her in a weak moment. 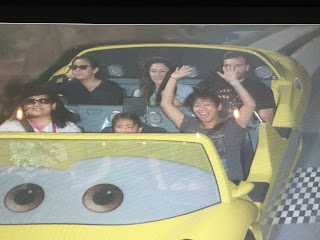 she tried to talk me into buying her this hat, but i stayed strong. 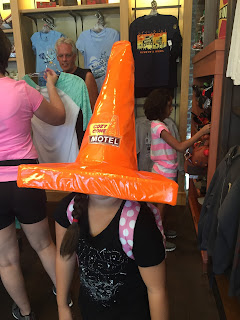 the line for the mater ride was short, so we hopped on. 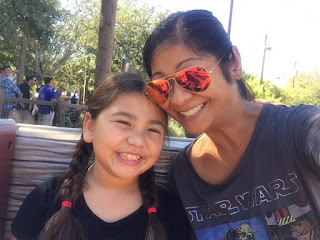 while we were waiting, i'd spied this across the way: 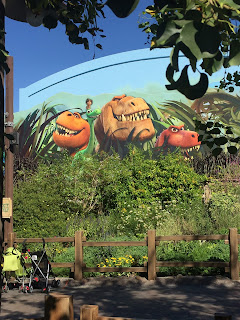 and when we got off the ride, we found that there was a sneak preview of the next disney/pixar movie, coming out on thanksgiving: 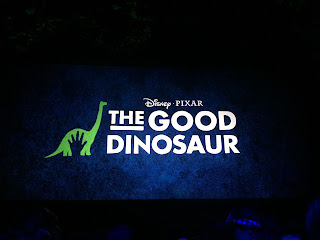 i'm not quite convinced that it'll be a huge hit, but it looks cute and we'll definitely go see it.

with the old lady out in the desert with her special friend for the weekend, we'd sent her that photo of us on the tram.  her response was "awwww, i want a churro!"  so we got one in her honor. 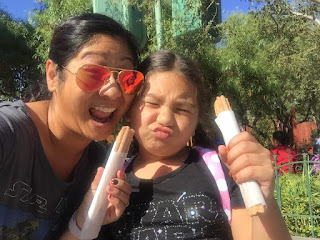 the bean's other favorite DCA ride is goofy's sky school.  her sister used to be terrified of this one back in the day when DCA first opened and it was called "mulholland madness."  we ended up riding it twice. 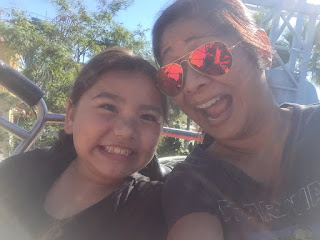 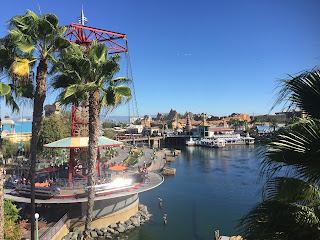 we headed over to the boudin bakery for our free sample of fresh, delicious sourdough bread. 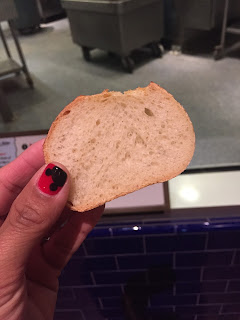 and then we decided to snag a last-minute seat in the hyperion theater for the aladdin show.  after all, it's going away in a couple of months and we've gotta get our fill. 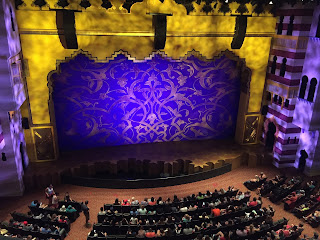 i'd seen on twitter that john stamos was at the parks that day, so you know i was dying to find him.  i told the bean that "uncle jesse" was there, and she was dying a little too.  i spent the rest of the afternoon totally eyeing down every dude with dark hair, sunglasses and a tight black t-shirt, but realized that it was all in vain since he was on the disneyland side.  boooooo.

the last stop we made was for a class at the animation academy, and then we grabbed a turkey leg for the road and got outta there.  the bean sat in the back and alternated between taking bites for herself and ripping off pieces to hand to me.  we literally took that gigantic turkey leg down to the bone, and when the hub got in the car he was all "ahhhh, you had a snack on the way home, huh?"