a few months ago, the old lady and i scored a sweet deal via living social for the turkey trot l.a. - a 5K through downtown los angeles on thanksgiving morning.  it's not my first time at this race, although i missed it last year.  and this time around, the old lady was in perfect health and ready to run with me.

after a bit of a snafu with the prepaid parking - aka us driving around in circles trying to get to the one lot that the prepayment worked at, only to find that all the surrounding streets were closed and ending with us parking at another lot after forking over another $10 - we made it to the start line. 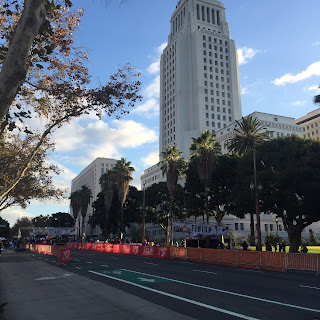 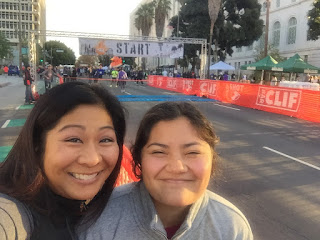 although i was rocking my super awesome running vest (because it was 50 degrees and this so cal girl doesn't function too well in those temperatures without proper attire), i still managed to rep team superhero.  kind of like clark kent, only without the glasses. 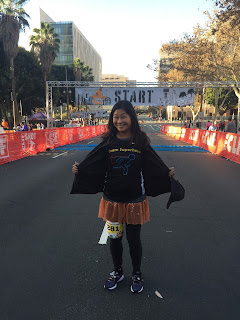 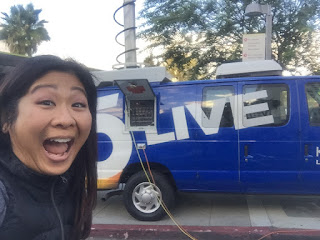 we took a quick look around at the vendor tents. 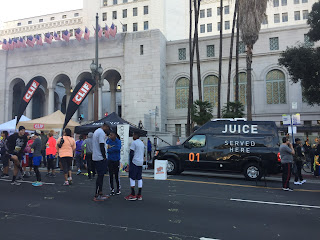 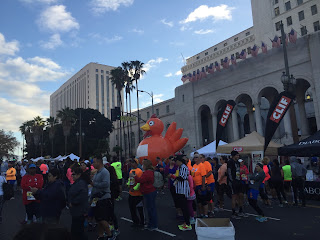 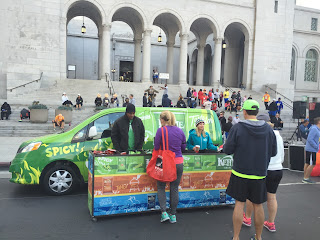 and then we took a photo with gayle anderson, one of the reporters from local station KTLA.  it was fun to meet her and she let everyone hold her microphone in all of their pictures. 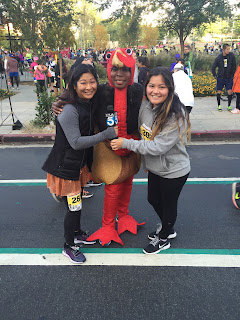 you know i can't ever pass up a photo op. 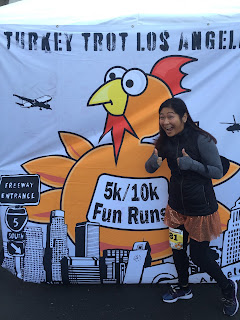 at the booth for the new year's race, i ran into one of fellow team superheroes. and then after the national anthem was played, the gun went off and we finally got that show on the road.  we jogged along, weaving around and through other runners and walkers, and kept up a fairly decent pace...until we hit the first hill. 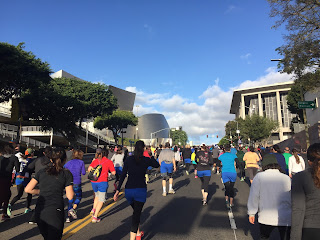 it was a gorgeous day.  also, i've still never been to the walt disney concert hall.  hmmm.  must remedy that someday soon. 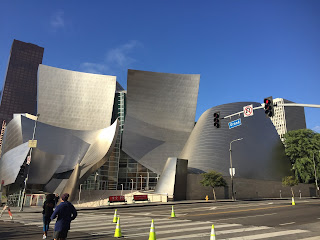 i saw the first mile marker when we came up on it, but there were way too many people in front of me to get a shot of it.  instead, i got the other two: 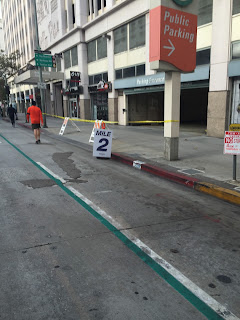 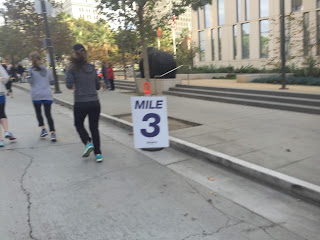 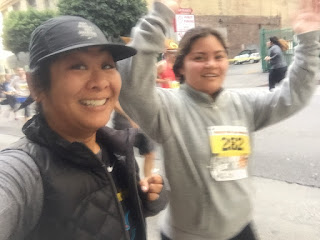 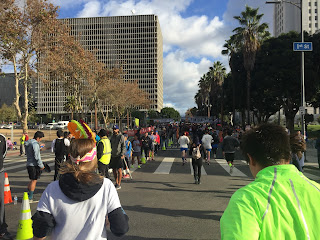 we collected our bling, grabbed bottles of water and bounced outta there. 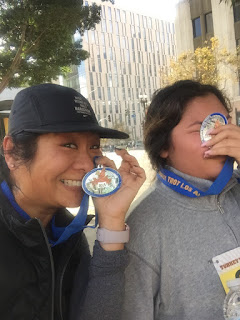 after all, it was thanksgiving day and we'd just burned a bunch of calories.  no better way to prep for a full day of eating, amirite?
at November 30, 2015

Email ThisBlogThis!Share to TwitterShare to FacebookShare to Pinterest
Labels: running my ass off, thanksgiving, the old lady runs too