our actual halloween was, as usual, one of our typically busy saturdays.  i kicked it off with a 7am barre class: 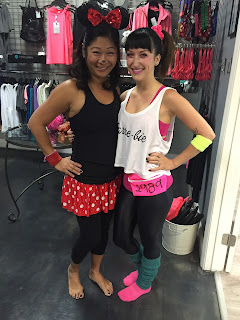 and then i came home and we put mollydog's costume on her.  she can't usually wear things like shirts or other items that cover her more fully, because her fur gets so horribly matted.  but i'd found this little set of wings with elastic that goes over the shoulders - just like the ones humans wear - and it probably just felt like the harness she wears when she goes out on a walk.  i'm pretty sure she loved it,  judging from the look on her face: 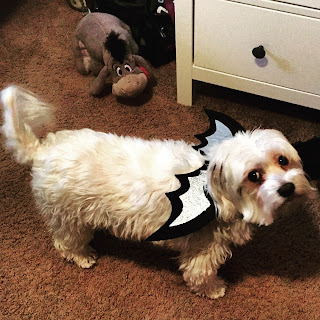 ol' eeyore back there seems pretty impressed, too.  we called her "batdog" all morning long until we noticed that she was keeping her tail down, and then we realized that she must have been hearing "bad dog" instead.  poor molly.  heh.

the bean had her soccer game that afternoon, too: 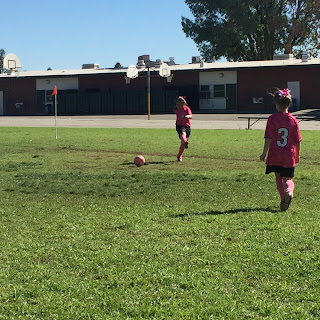 and we'd signed up to bring the snacks that day.  for a change of pace from the usual orange slices and grapes, we'd put together some watermelon kabobs.  they turned out to be a great choice, considering it was annoyingly warm that day. 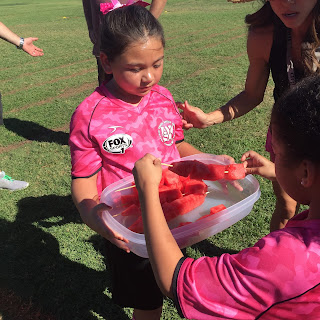 later on, we got ourselves all dressed up to meet some friends for some good old fashioned trick-or-treating.  i busted out an old costume from the days of yore: 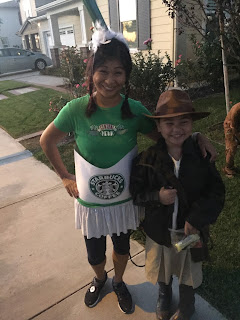 the hub decided to join the rebel alliance. 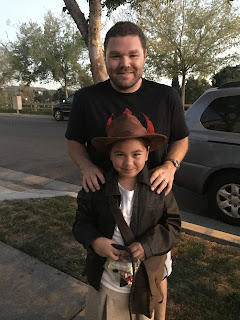 this house was party central - there were lots of folks hanging out, eating, drinking, watching a halloween movie projected onto the garage. 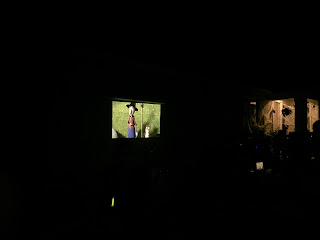 i was pretty amused by one of the bean's friend's dad's costume. 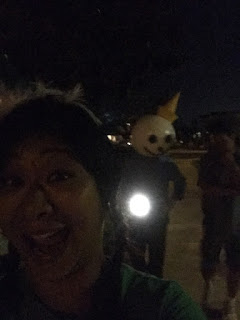 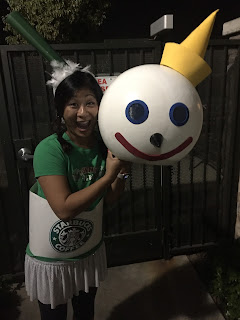 and at the end of the night, we each got to pick out three pieces of candy.  these were the bean's choices: 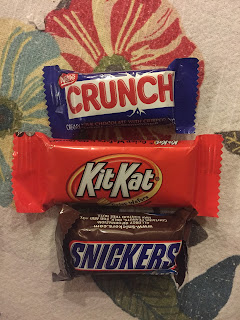 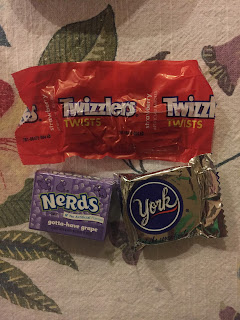 oh, and the bucket full of candy we got at disneyland that we put out at our house? 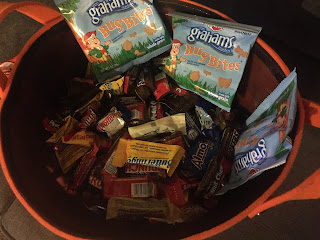