replacing all those lost calories

the old lady and i had just enough time to get our asses home and showered and stuff before heading out to our first thanksgiving meal.  we were meeting up with my mom & co. at il fornaio for lunch, and we managed to pull ourselves together and make our way down towards the beach with time to spare. 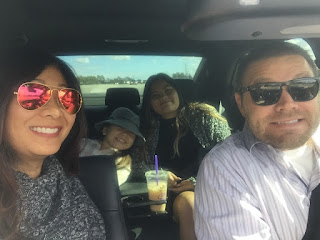 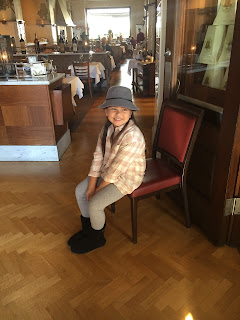 and the old lady was super thrilled to be seated next to me.  heh. 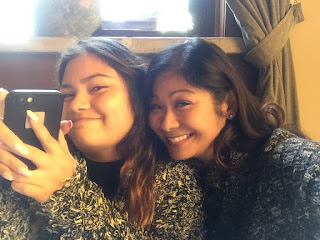 we'd gone shopping at her mall the night before, where we'd also had dinner at california pizza kitchen.  i was feeling a little crazy and had ordered an adult beverage, which isn't the norm for me.  and i'd been elated when the server asked to see my ID.  dudes, i haven't been carded in ages!  and at lunch, i decided to go for it again and ordered a cucumber cooler.  i didn't get carded again, but at least the drink was delicious. 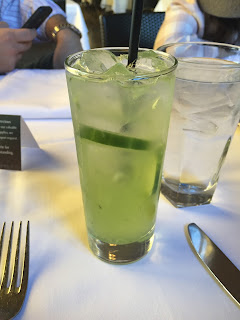 despite the special thanksgiving menu offerings, i decided to order something tried-and-true:  pennoni alla vodka.  how can you go wrong with bacon and a vodka cream sauce? 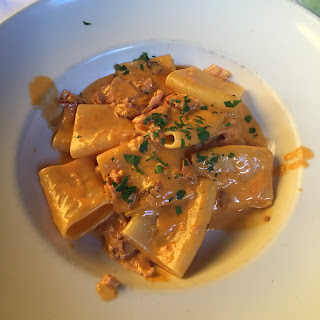 we got the server to take a group photo before we all parted ways. 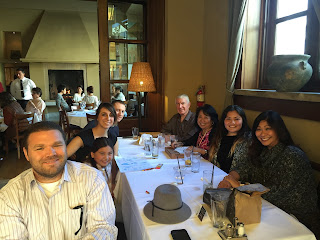 on the way back home, we were treated to a lovely view of downtown l.a.  you know, where we'd been just a few hours ago. 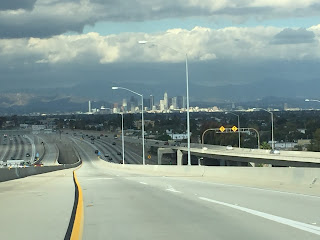 the girls and i ended up taking a nap in the living room while the hub took off for his friend's house.  we were to join him in a little while for a bit of "friendsgiving," and when we got there we were greeted quite enthusiastically by pepper (she doesn't look that excited here, but trust me, she was all over us): 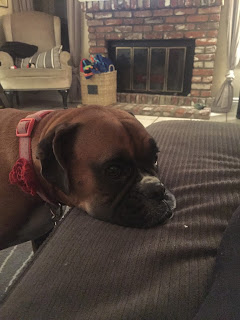 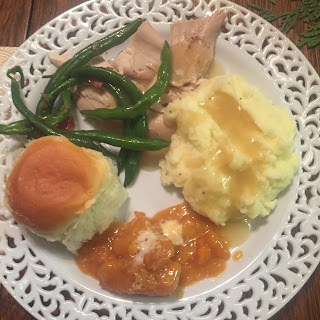 and was capped off with a bit of all of this: 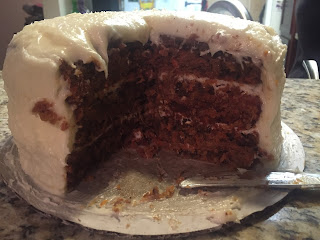 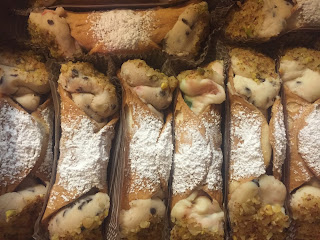 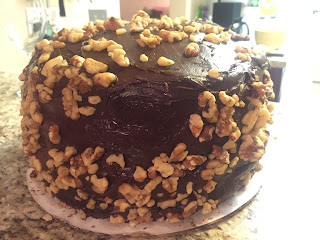 we'd been in charge of desserts and had hit up marie callender's for apple & pumpkin pies, claim jumper for carrot and chocolate motherlode cakes, and a local italian deli for a dozen cannolis.  i packed up a plate of leftovers and another of dessert for the old lady, who'd had to leave early.  since she's still in the wonderful world of retail, she was in bed resting up for a 2am black friday shift at forever 21.

and when we got home, the bean practically fell all over herself as she realized that someone was there waiting for her. 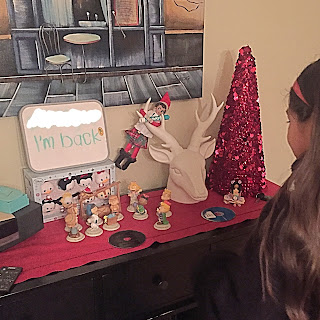