that pixie's still at it

oh, that pixie.  with the holiday season well underway, she's been up to all sorts of crazy shenanigans that the bean still looks forward to finding every morning.  every. single. morning. 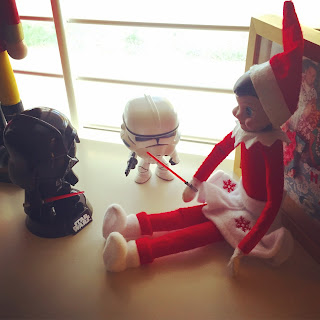 she managed to find her way to our stash of halloween candy.  i don't blame her.  we still have a ton of good stuff in there. 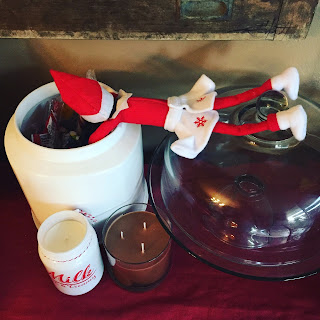 some days, she just hangs around. 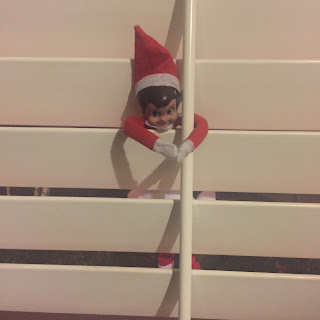 this time, she found herself in quite a sticky situation.  you'd think she could've at least picked up after herself, though.  sheesh. 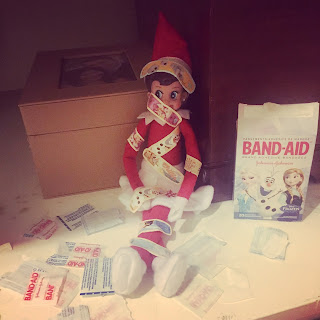 she was super proud of her new t-shirt and struck her best pose for the camera. 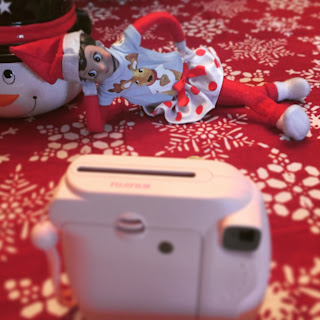 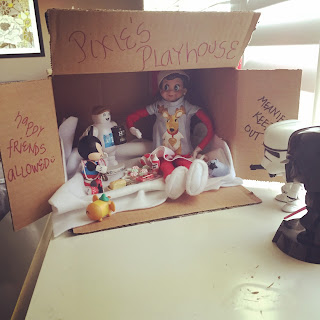 and i don't even know WHAT happened here.  she left us a festive wall decoration and then apparently took a tumble.  lay off the eggnog, pixie. 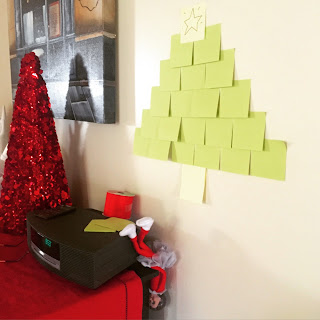