a blur of a christmas party

a few weeks ago, the hub threw out the idea of inviting some friends over to have a christmas party at our house.  it's been a long time since we did any entertaining here, so we went over the calendar and picked out a date.

and then i promptly forgot about actually telling anyone until it was just a couple of weeks away.  heh.  luckily, i had at least a couple of friends who could still make it despite the close proximity to christmas.  the hub, on the other hand, was expecting like 20 people that he'd invited.  oh well.

we put a lot of effort into getting the house up to the hub's standards, and with our menu all set and food bought and prepped, we were ready to party.  i managed to get a few pictures of the calm before the storm, although i suppose the kitchen was kind of a disaster.  isn't it always, when you throw a party?  the prime rib roasts were all ready, sweet potato and green bean casseroles were standing by, all we needed was a slew of guests to come and eat it all up. 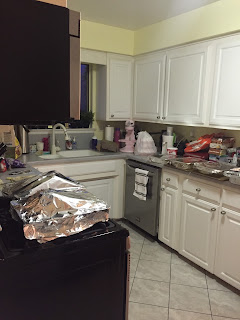 with just a few kids coming, i found "big hero 6" on the movie channel and just left it on. 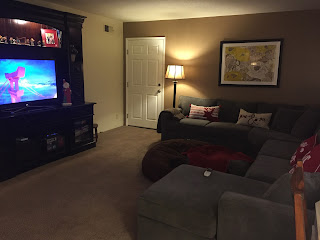 we figured that we could set up all the food on the buffet and then squeeze as many people around the table as would fit. 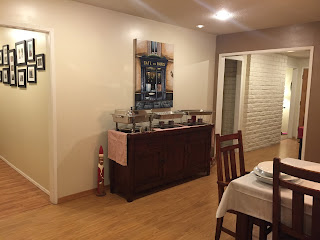 the christmas tree is in the office this year.  kinda weird, but with the couch taking up most of the space in the living room, it was pretty much our only option. 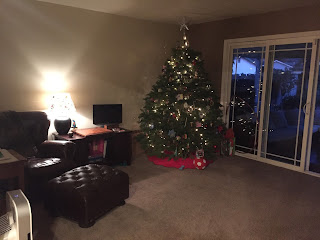 and the giant cookie cutter is in the entryway, adorned with some of the many holiday cards we've received. 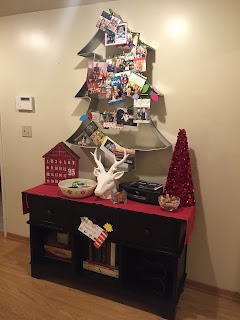 as our guests began to trickle in, i found myself far too busy to take pictures.  bummer.  i didn't pick up my phone again until much later, when i walked into the bean's room and found...this. 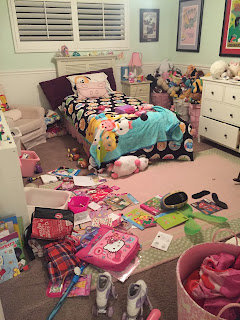 i should say, though, that the kids and their parents scrambled to clean it up before they left, despite us telling them not to worry about it.  hell, that's the most action most of those toys have seen in ages.  in any case, the room was back to normal by the time the last guest had left.

i did manage to get this group shot, courtesy of the hub: 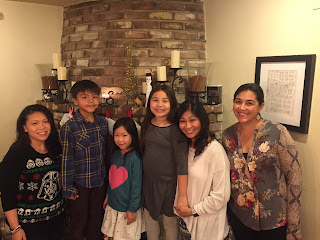 and then i snapped this one. 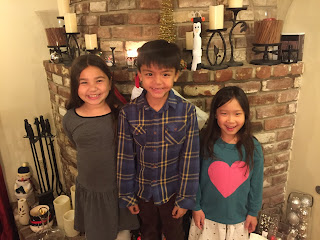 it was a lovely party, and a nice way to see a bunch of friends just before the holidays.  it's amazing to me how fast it all goes by.
at December 28, 2015

Email ThisBlogThis!Share to TwitterShare to FacebookShare to Pinterest
Labels: merry christmas to all, party