i know you've all been on the edge of your seats wondering what kinds of silliness pixie's been up to now that she's made her triumphant return for the holiday season.  i just know it.

and i was kind of astonished to realize that it's been four years since she first dropped into our lives.  four years?  that's nuts.  and it's kind of crazy that she really hasn't done any repeats of prior shenanigans.  after all, that was the bean's only wish when it comes to pixie - no repeats.  heh.

so anyway, after she was spotted bearing gifts on thanksgiving night, the next morning she was here: 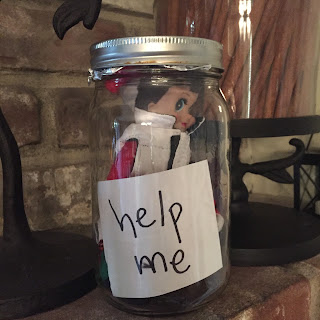 trapped in a mason jar.  how sad.

and then when she finally escaped, she must've been hungry.  too bad she didn't find anything better than molly's snacks. 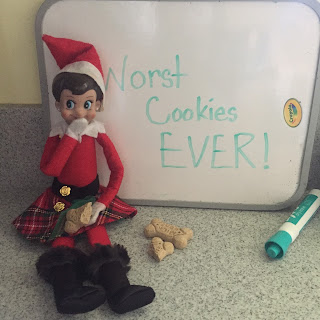 although i must say, she's kind of full of herself.  but like demi lovato says, what's wrong with being confident?  the bean always replies:  NOTHING! 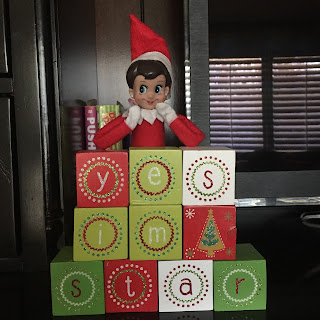 for our girl scout troop, we decided to do a gift exchange amongst the girls with just one rule:  no store-bought presents.  all gifts are to be handmade by each scout.  the bean has been hard at work on the first part of hers, and i've promised to teach her how to use my sewing machine for the rest of it.  now, pixie must've overheard these plans because she decided to do a little sewing project prep herself. 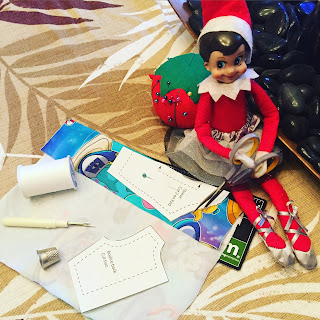 looks like pixie was a "dancing with the stars" viewer this season...albeit not much of a bindi fan. 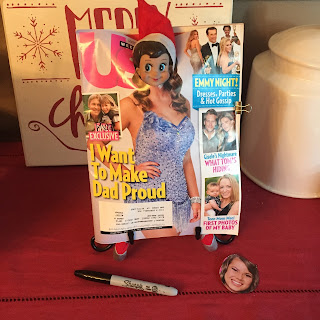 and this morning, we found her doing a little christmas decorating. 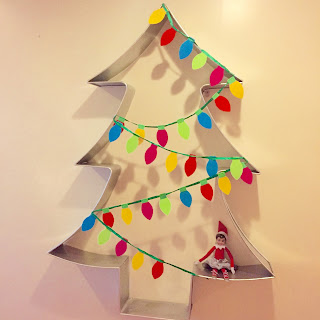 and yes, that is indeed a giant cookie cutter.  i fell in love with it during a trip to home goods with the hub, and we decided that it was definitely required decor for our house this year.  he's a keeper, ain't he?
at December 02, 2015

Email ThisBlogThis!Share to TwitterShare to FacebookShare to Pinterest
Labels: elfette antics, on with the holidays