light at the end of the tunnel

i know you've all been dying to know what our elfette has been up to lately.  i just know it.  so here's a pixie recap, just for you.

one day she decided to hop into mickey's pants.  well, mickey's ball pit.  oh, you know what i mean: 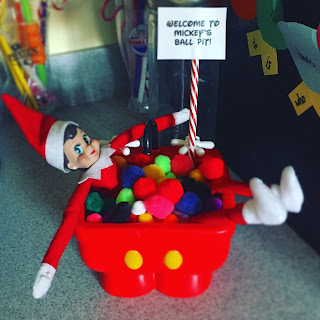 and then she thought if she got all dressed up and looked all scholastic and stuff, maybe we'd take her to school with us.  she thought wrong. 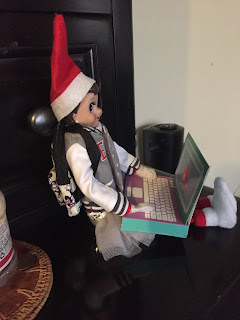 so she decided to go back to her old mischief-making self and held pocahontas hostage and tried to chop off her magical hair. 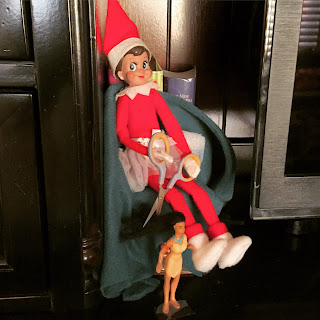 the next morning was like an episode of maury up in here.  the bean took one look and came running to tell me all about it:  "mommy, pixie had a baby, but i don't know who the father is."  lucky for me, i managed to segue into a different topic before it could turn into another lesson i wasn't ready to give. 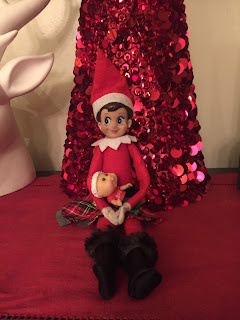 later, we planted the idea in her head that pixie was just babysitting for a mommy and daddy who went out on a date night.  seemed to work.

when she resurfaced the next morning, she was clearly trying to tell us that we were due for another visit to the happiest place on earth. 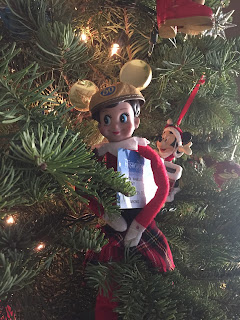 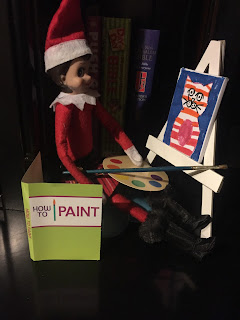 and it seems that she caught a touch of that mermaid tail blanket fever: 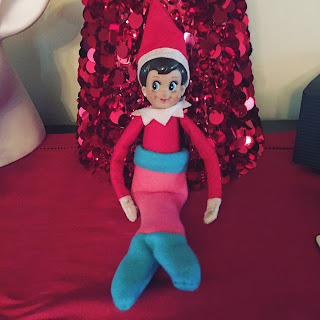 so i finally got the green light to replace my old color printer that doesn't print in the right colors anymore and the black & white all-in-one that stopped scanning ages ago.  now i've got this sexy new gadget on my desktop that's wireless and prints, scans and copies in black and white AND color.  plus i can print straight from my phone or iPad.  snazzy, huh?  well, pixie seemed to agree - the very first night we had it, she decided to use it to make a photocopy of her ass. 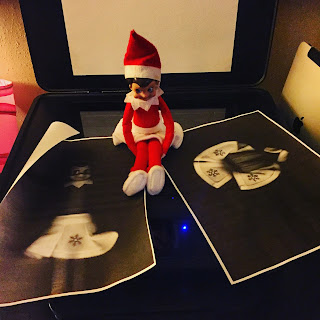 justice prevailed - she got jailed and handcuffed for her crime. 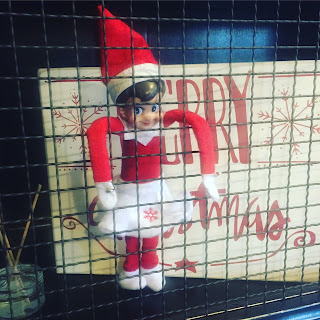 i don't really know what she was trying to do here.  there's a feather boa and a tiara and a picture frame...america's next top model?  too bad that show got cancelled. 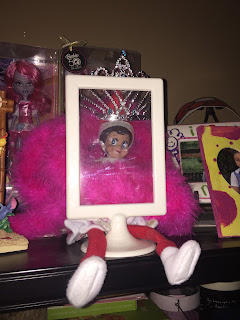