everybody loves a parade

with our girl scout troop set to walk in the local christmas parade, the old lady and i headed out to home depot to see about assembling some sort of apparatus for our troop banner.  we found the PVC pipe easily, and then proceeded to spend the next half hour giggling as we picked out the pieces we needed for our project.  a store employee came by to see if we needed any help and ended up walking away shaking his head as he smirked at our shenanigans.

but look - we were successful!  and quite proud of ourselves, at that. 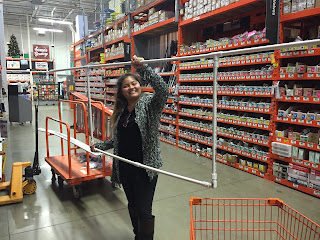 my co-leader and i had been tapped by our local service unit to take charge of getting the group registered for the parade, and so the next morning found me up and at 'em bright and early.  the hub and the girls dropped me off to handle check-in while they headed off in the other direction to grab some coffee and breakfast.  it was so early that most of the other numbered spots for the parade participants were still empty. 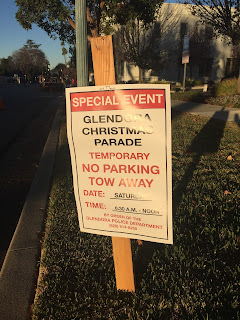 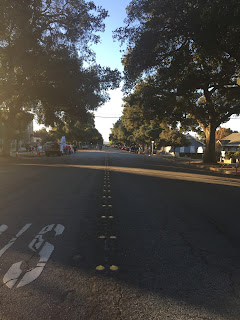 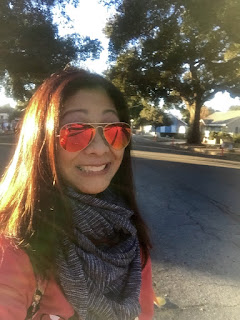 i got to wear our space number on my arm.  i felt super official. 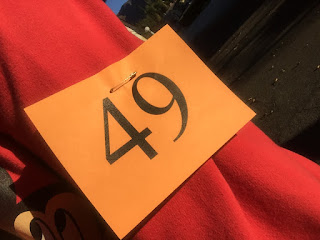 as it got closer to parade time and more folks started to arrive, it started to get more fun.  there were lots of fun costumes and floats and other entertainment to gawk at. 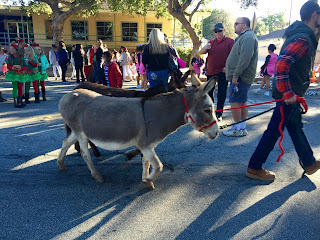 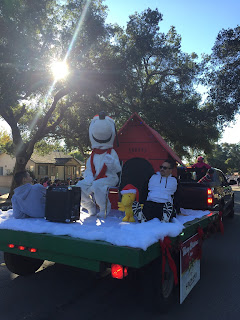 and of course, we took a bunch of selfies. 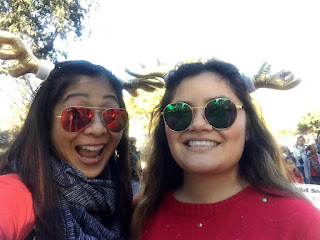 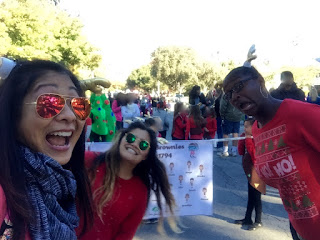 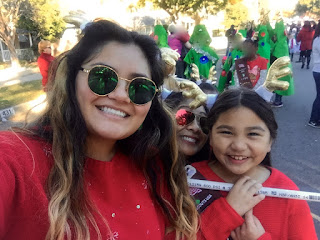 it was a relatively short parade route - i don't even think it was a mile from start to finish.  and while the temperatures were in the low 60s, being out in the sun warmed us all up pretty quickly.  i hadn't been able to participate in the parade last year, since the bean had chosen to ride on a truck with her fellow cheerleaders instead of walking with the troop.  this was a really fun event, and i'm sure it'll become an annual thing for us with the girls.