the old lady and i snuck in a quick visit to the happiest place on earth one day after dropping the bean off at school.  magic bands at disneyland had been announced earlier in the year - something that was long overdue after years of having them at disney world.  while they weren't going to have all of the functionality right away (so far, they're only for linking your park ticket for entry/reentry, using genie+ and some other stuff throughout the parks and during parades), you know we're all about getting in on all the latest disney gear and technology.

the big pumpkin was still up, so i snuck in a quick selfie as we walked through main street.

and although it was still really early, the disney elves had already begun working their magic with the first bits of snow on the castle already in place. 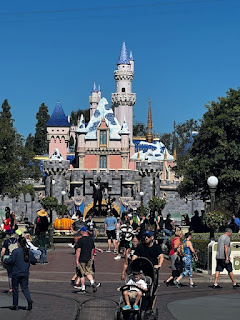 the first week of magic band access was limited to magic key holders, disney vacation club members and cast members.  we made our way into tomorrowland to the starcade, one of several spots in the resort where they were initially being sold.  after showing our passes, we walked inside fully prepared to stand in a long line but were pleasantly surprised to find that the early morning crowds had dissipated. 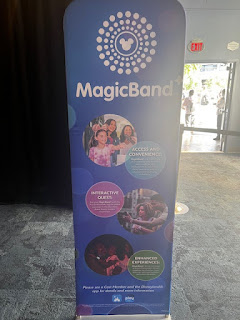 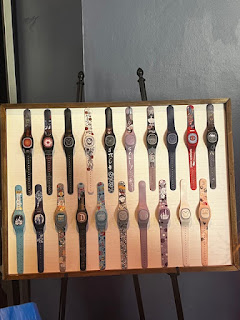 buying in-demand disney items can go one of two ways - either there's a overabundance of stock to choose from or you have to elbow your way through only to find slim pickings to choose from.  luckily, this time it was the former.  we had no problems finding what we wanted and marched right up to an open cashier to check out.  after stopping briefly to rip open the packaging and link our new toys to the disneyland app, we were all hooked up. 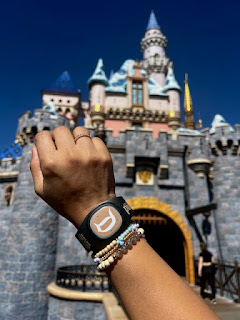 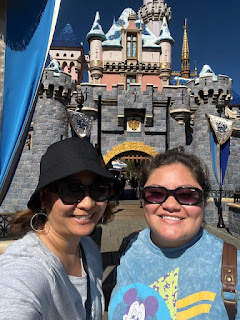 we had enough time to stop and grab some lunch, so we settled on red rose taverne.  the lunch menu is pretty basic and our burgers weren't really worth photographing, but we did indulge in the seasonal dessert offering - a halloween version of the grey stuff, with a spooky red velvet cake filling and a chocolate headstone. 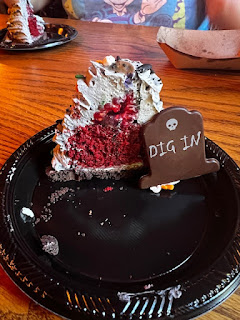 the old lady went with their pumpkin cold brew, and she said it was pretty good. 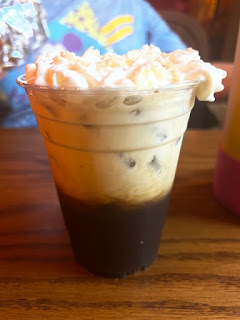 it was a quick but fun visit, and the bean was satisfied with the magic band we brought back for them.  we've all been back to the parks in the meantime and guess what?  we've forgotten the damn things every time.  heh.