cooking for a small army

thanksgiving was pretty low-key for us this year, which is honestly never a bad thing.  we'd actually originally planned on going non-traditional and doing lasagna for our meal.  but when we realized that it would be our houseguest's first american thanksgiving ever, we decided that we had to switch gears and do a complete 180.  and so on thanksgiving morning after my morning workout, i put on my thanksgiving t-shirt and got to work. 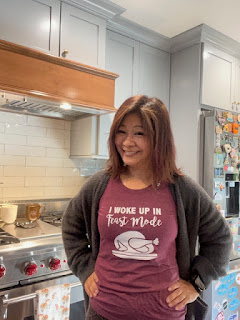 i'd picked up a much smaller turkey this time around - i think this little guy was only about 7 pounds. 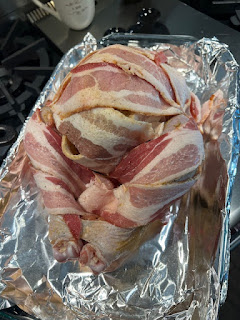 while he was in the oven i decorated some cookies that we'd take to my uncle's house later that evening. 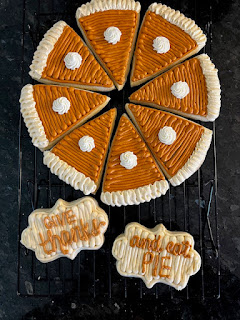 and speaking of cookies, these made for a nice little thanksgiving hustle this year - turkey leg-shaped sugar cookies, served with "mashed potatoes" (buttercream dip) topped with a slab of "butter" (a lemon starburst candy) plus "peas and carrots" (sixlets candy and orange starbursts). 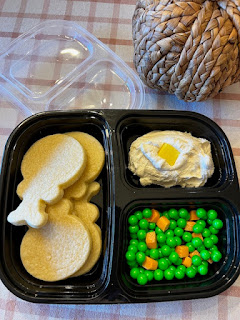 because the turkey was so small, he was done in a lot less time than i expected.  luckily, the rest of the meal came together pretty easily - with the help of the old lady, who had done some prepping at home.  and of course, we had the canned cranberry sauce just for the old man.  it's not thanksgiving without it for him. 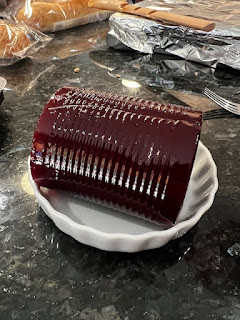 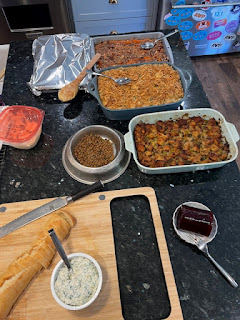 the hub had carving duty, as he always does. and thankfully, everything was delicious.  and filling!  for some reason, even though there were just six of us we'd somehow cooked for, like, 20.  we had leftovers for DAYS. because i'd screwed up and didn't order the pie on time, i decided that this was my year to try my hand at making it myself.  i looked up a few different recipes for french apple pie, ordered some pie weights crust shields and busted out a homemade crust using a really easy recipe that had me using the food processor to put it together.  i was a little concerned that the recipe i settled on didn't have me pre-baking the crust, but i just went with it.  and it looked pretty good, if i do say so myself. 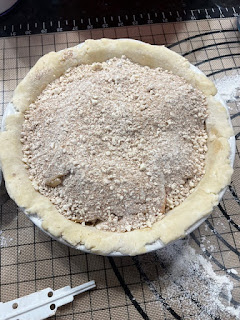 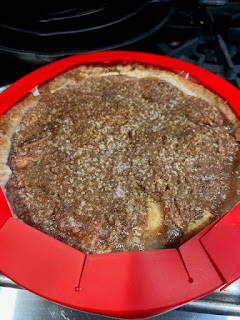 i found out later, as the old lady sliced it up and served it, that i should have trusted my instincts and at least partially baked the crust before filling it.  the middle was a little doughy and underdone, but otherwise the reviews were good.

i'd made a second with the bean in mind - a brownie pie that did have me pre-baking the crust before filling.  and i used the deepest, darkest cocoa i could find which made it look kind of like a bowl full of tar (or poop, but i tried not to think of it that way).  but it turned out really nicely, even if the hub said he thought it was weird to make a pie out of brownies.  pfffft. 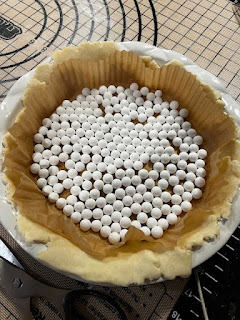 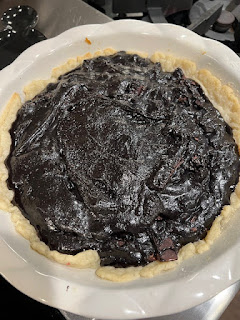 as we've done for the last few years, there were advent calendars for everyone. 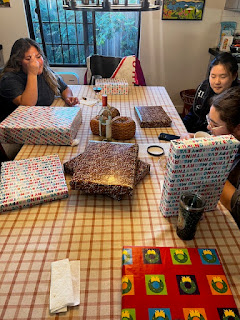 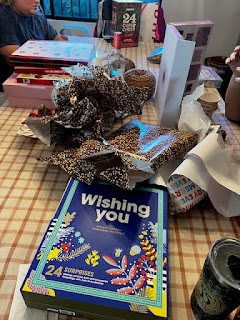 and then before the old lady had to leave for work, i gathered (almost) everyone around for a family photo.  the hub had snuck off for a post-thanksgiving meal nap and i'd already bugged him to come out for the advent calendars, so this is what i got: 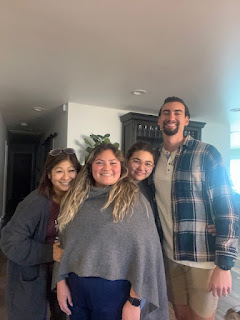 i'll try again on christmas.  i'll definitely get a complete photo then.
at December 21, 2022

Email ThisBlogThis!Share to TwitterShare to FacebookShare to Pinterest
Labels: pie is good, thanksgiving