putting operation downsize on hold for an evening

last friday's wan-niversary was quite a wan-derful one. wah wah wah, i know.

so anyway, at least the hub managed to stick to that traditional anniversary gift list. 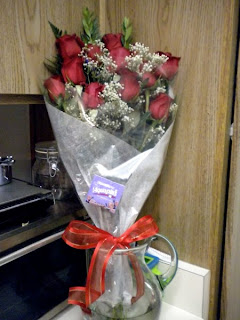 my friend MommyBelle kept trying to get me to have something from edible arrangements delivered to him - that would've covered fruit and flowers. heh - the hub loves having stuff like that sent to his office and attracting attention. on opposite day.

being broke off my ass, i didn't have anything else to offer as a gift aside from a handmade card (which i created from faux linen paper, covering at least the "modern" gift, and decorating with paper flowers) and handling our dinner reservations for the evening. and so i felt like a total buttface when he presented me with a pretty little gift bag. and then, even more so when i pulled this out: 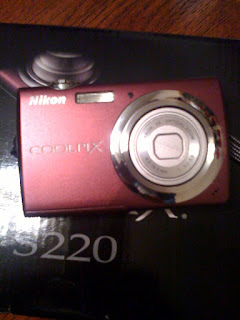 i've been angling for a new point-and-shoot camera for ages. of course, with operation downsize still in effect, i knew it was out of my reach - or at least, i thought so. i was super excited and played with my new little toy all the way to hollywood, where we drove up a tiny, winding street and pulled up to the valet at yamashiro (i'd like to claim that i was still learning how to use the camera, but you guys already know what a shitty photographer i am regardless of equipment): 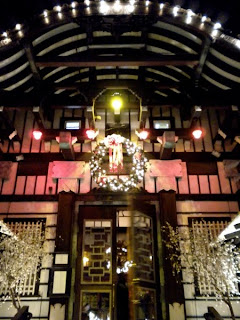 we were slightly early, so we stood in the bar area and looked around. 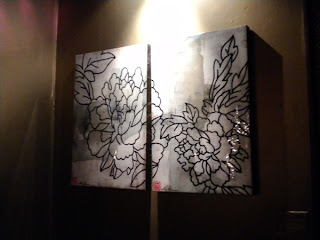 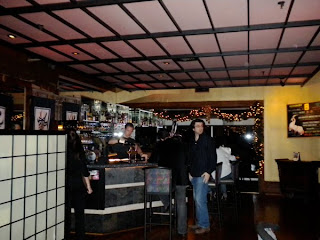 there were several large tables reserved for holiday parties and a sizable number of folks waiting to be seated. still, we were escorted to a little table near the corner, right in front of the large window that offered sweeping views of hollywood. when we got settled, i opened my menu and checked out the eats. 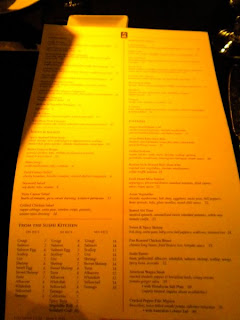 we ordered the snow crab & spicy tuna napolean and a bowl of edamame as appetizers. despite some crappy feedback on yelp (and less than glowing feedback from the monkey and other folks), this was really delicious. 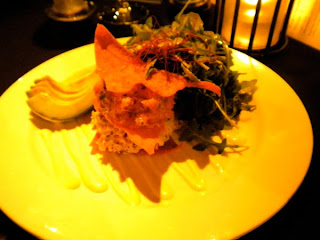 after spying the festive candy cane martini on the drink menu, i decided to go hog wild and ordered one. while it was pretty and all, that shit was high freaking octane. i seriously had to gulp it down to get my $12 worth. 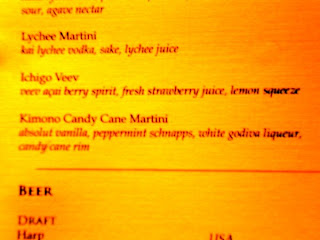 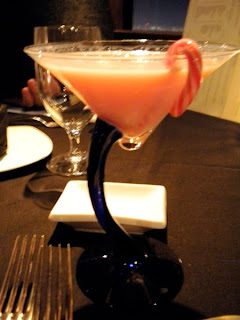 the hub loves sashimi and sushi, but i'm more of a mostly-cooked-rolls kinda girl. so while he selected little morsels of raw fish to dine on, i perused the list of specialty rolls. 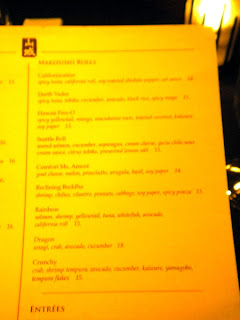 i chose the seattle roll - cucumber with asparagus and cream cheese rolled in rice and topped with some seared salmon and a chile-sour cream sauce, plus the darth vader roll. it was a black rice roll with spicy tuna, cucumber, avocado, a little spicy mayo, and topped with tobiko. and later, i threw in a crunchy roll - crab, shrimp tempura, avocado, and cucumber, topped with crunchy tempura flakes. all were really good - either that, or i was just starved for sushi after being deprived of it for so long. 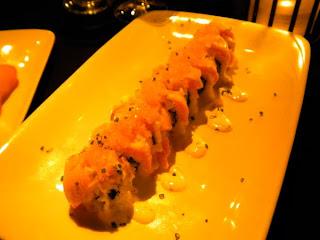 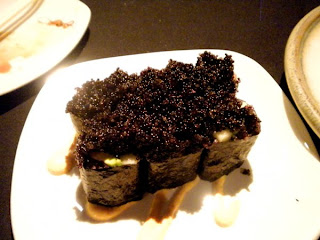 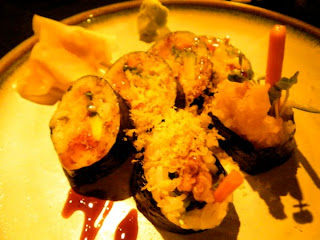 i have to say - although we were relaxed and prepared to linger over a nice dinner alone, the service sucked donkey balls. we must've waited at least 20 minutes in between each and every item we ordered. ugh.

we decided to throw in an entree to share, and chose the american wagyu steak. it was tender and flavorful, and we were glad we'd ordered it. i was intrigued by the option of adding a himalayan salt plate - partly because it sounded cool, but mostly because it added $30 to the price tag. holy shit. 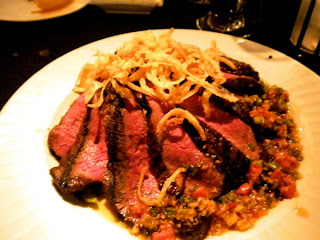 i'd used open table to make our dinner reservation and noted that we were celebrating our anniversary, so i smirked when the server dropped this off. 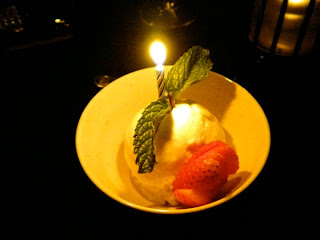 and as he brought our check, i remembered we hadn't had sushi in a long time - that shit is pricey! but it was worth it, and a great way to celebrate our four years of happy, blissful marriage. 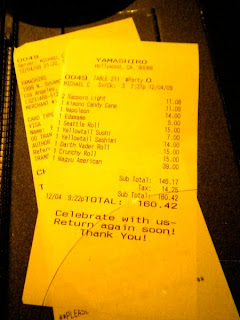 outside, we took in the view as we waited for the valet to bring the car around. it was freaking cold, so we passed on checking out the gardens and bar this time. 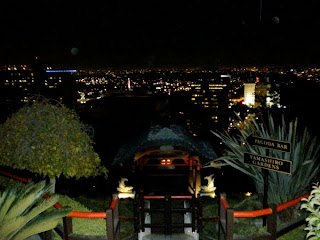 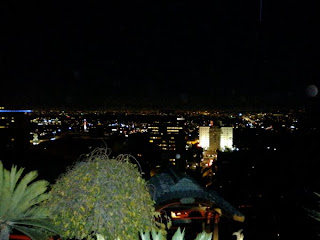 and now, i'm dreaming of celebrating wan-niversary #5 where it all started - in maui. yeah, it's a total pipe dream, but hey, you never know. stranger things have happened.
at December 09, 2009

Email ThisBlogThis!Share to TwitterShare to FacebookShare to Pinterest
Labels: wan-niversary