as soon as i got home from the bubble run, i was in the shower trying to scrub off that colored bubble dye.  some of it had gotten pretty much baked on me by the sun, and there was a super fun line around each leg where my compression shorts hem had lain.  i scrubbed and scrubbed till i was afraid my skin would start coming off, and the line wouldn't budge.  ugh.  luckily, the dress i was planning to wear - one of my lilly for target scores - covered it up easily.

and because i'd been so busy over the previous few days, i'd had zero time to make anything particularly delicious for the potluck baby shower i was attending for my friend jess.  not to mention, i was going to arrive at least half an hour late.  although i know how our gatherings go by now - everyone kind of trickles in and socializes for awhile before getting down to the business of eating.  i'd picked up a bunch of cookies from the grocery store bakery and asked the teen to place them on a tray for me while i got cleaned up, and so it was ready to go when i was.

as i pulled up directions to get down to the party venue down in south OC, i re-read the evite and realized something - i wasn't going to be half an hour late.  oh, no.  i was going to be a FULL hour late.  oy vey.

sure enough, when i arrived, the ladies were already seated and enjoying the vast spread of delicious food.  i waved a quick hello to everyone as i assembled a plate and found a place at the table right next to our guest of honor.  luckily, they'd only been sitting down for about 10 minutes, so i felt a little less terrible for my lateness.  it was fun to chat with the girls as we munched, and i started to feel human again with some food in my belly.

i liked our table centerpiece: 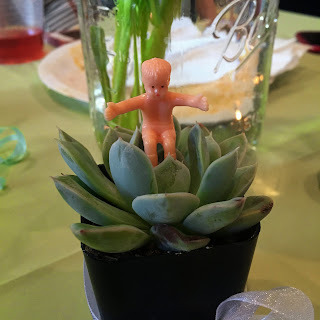 and our delicious favors. 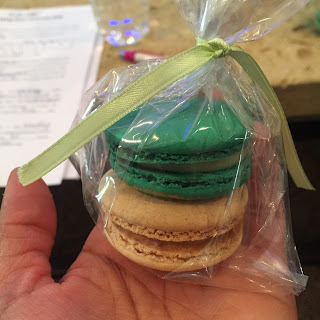 as always, we managed a group photo before everyone went their separate ways. 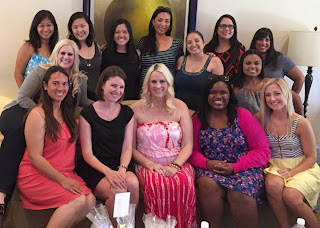 back at home, i found the hub doing some tidying in the garage as he prepped for his friends to come over for fight night.  the bean had her bag packed, and i threw some things together in my weekender bag as i picked up a few piles of things around the house.  and then with a kiss for my husband and a pat on the dog's head, we hopped back into the car and headed down to buena park for a fun overnight getaway.

keeping an eye on the time, i pulled into the parking lot for the marketplace area at knott's berry farm and found a spot right next to the wooden roller coaster. 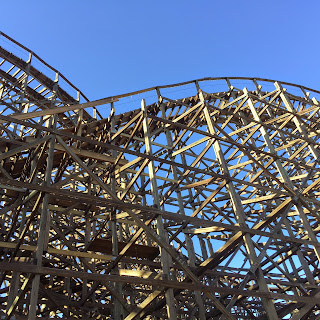 she's never been here before, so it was all new and exciting. 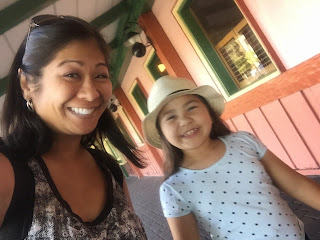 here's where we were heading: 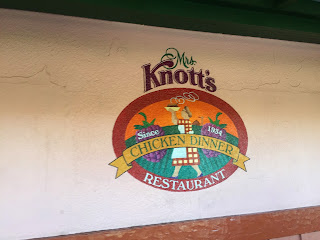 because it was a rather odd hour, there was no line to be seated.  we walked right in and were perusing the menu in no time. 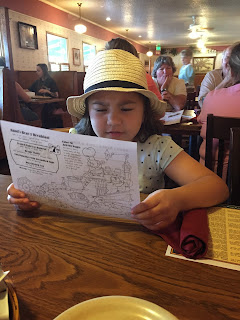 i didn't need to look at the menu - i already knew what i wanted. 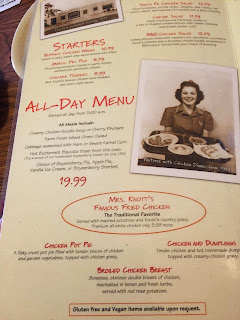 the bean had her cup of boysenberry punch served in a cute cup: 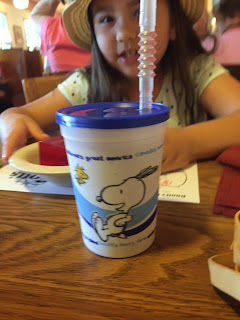 followed by an appetizer, as she called it, of berry-flavored jello. 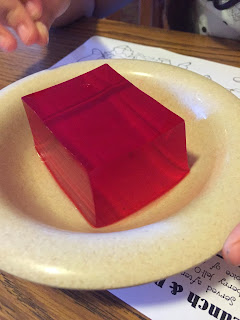 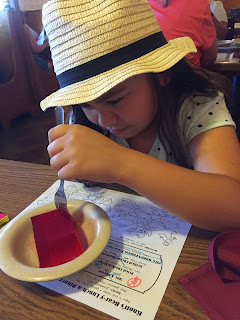 i had a salad that was absolutely drenched in ranch dressing alongside a cup of chicken noodle soup. 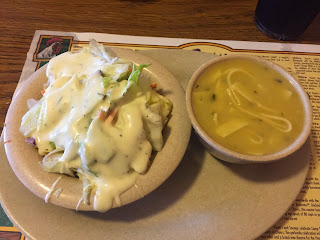 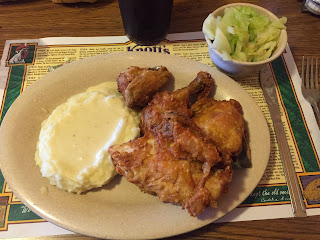 and don't forget the biscuits! 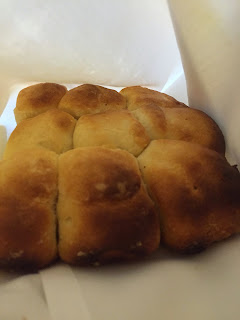 she was in love at first bite. 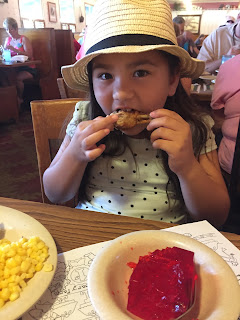 while i was too full after all that food, the bean was more than happy to take over my dessert.  she opted for a simple scoop of vanilla ice cream with chocolate sauce, and was a happy camper.  although she was over the photos by then.  heh. 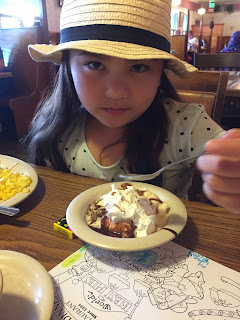 okay, i'm just gonna say it - while mrs. knott's chicken dinner is famous and i have some fantastic memories of its awesomeness, it's just not as good as it used to be.  the chicken was a little dry and flavorless, and i can totally make it better myself.  except that frying anything at home is a giant pain in the ass - grease ends up everywhere, and leaves a smell behind that lingers for days.  not to mention that you just can't go to knott's without having fried chicken.